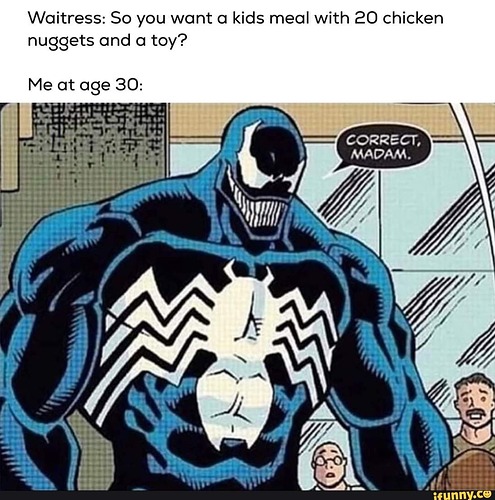 Is there anything preventing an adult from buying a regular Happy Meal? It’s a legitimate question, I’m not being snarky. I was at some casual dining restaurant chain once (I don’t remember which one) with a friend who tried to order off the kid’s menu, because she’s older and she just doesn’t eat that much. The regular entrees at these restaurants just have way too much food for her. She’ll eat maybe a third of it, if she’s really hungry, and then take the rest home, where it will inevitably be thrown out in 3 or 4 days because she forgot she had it. Anyway, the portions on the child’s menus are usually just the right amount of food for her. But at several restaurants, they have told her she cannot order from the child’s menu. It’s just for children.

Brain: Are you pondering what I’m pondering?
Pinky: But Brain, if they call them Sad Meals, nobody will buy them 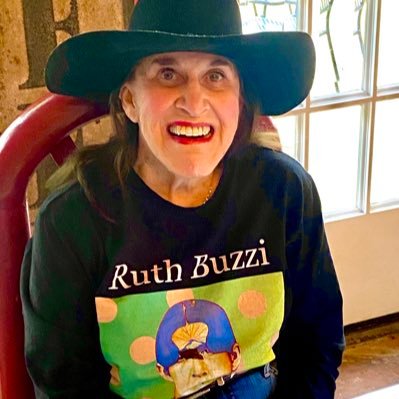 TIL Ruth Buzzi is still alive! That’s wonderful! Thank you.

See, if people could order a reasonably sized portion, then restaurants would make less money. The American idea of “how much is enough food” is partly driven by restaurant portion sizes. When McDs first opened they only had one size order of fries. They assumed if you wanted more fries you would get another order. People didn’t want to order two bags, that looked greedy. Soon enough the larger portion sizes came along.
And huge portions as a sign of value for cost have been part of the American restaurant culture since it’s beginning. There are plenty of amazed and disgusted commentaries about it from the 1800s on.
And hey, if getting a tiny plastic toy with your burger makes you happy, why should anyone else care?

Why do the characters have extra eyes? Are they trying to imply McDonald’s food is mutagenic?

I suspect very few McDonald’s employees are paid well enough to care, let alone investigate, whether a customer is buying a Happy Meal for themselves or for a child.

Have it your way, but the toys at McDonald’s finally answer the question “why is that guy named ‘Grimace’?” 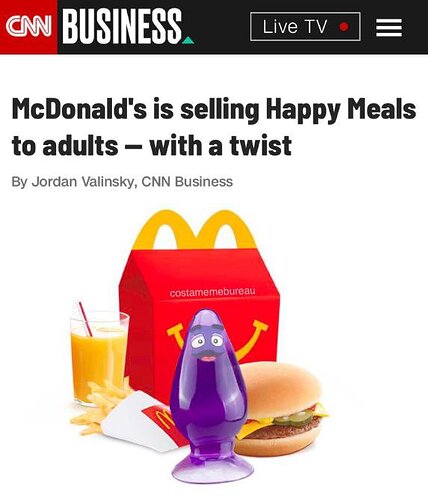 Is there anything preventing an adult from buying a regular Happy Meal? It’s a legitimate question, I’m not being snarky.

No, Happy Meals are available to anyone at any age. As long as you’re putting money in their tills, they’re happy to sell them to you.

How about an Unhappy Meal? 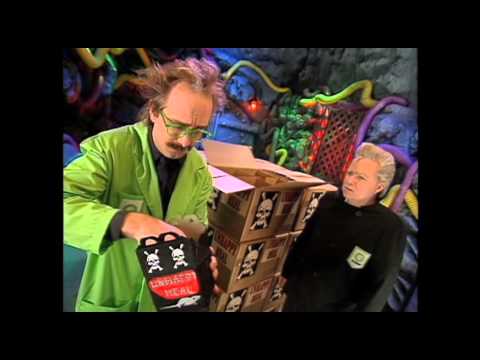 See, if people could order a reasonably sized portion, then restaurants would make less money

Wouldn’t it be the opposite, since you are using less of your inventory per customer?
Plus the entire point of “Haute Cuisine” is to get people to shell out $$$$ for small portions on big plates with allegedly expensive ingredients

Hey, you’re not just paying for the ingredients. There’s also the atmosphere. 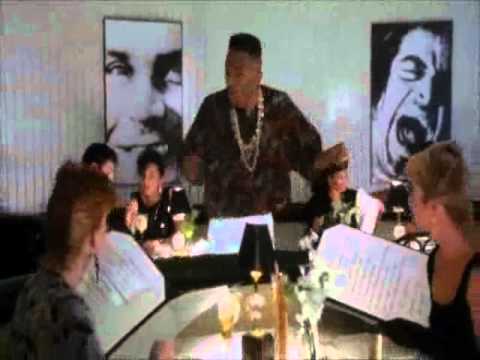 I remember reading somewhere of a chef father who, when his kids started asking for “Happy Meals,” did his thing and made tasty and healthy kid-sized meals, put them in a stolen McD’s box with a cheap toy, and discovered they liked that just as well as actually visiting the fast food joint.

Back when drivers had to visit the DMV in person for anything significant, I was waiting for my number to be called when a young mother with a toddler in tow got in line to get their number, and the kid started demanding a Happy Meal in increasingly loud tones. You could see his logic: we’re in a line, the only time I’ve stood in line before is at McDonalds, ergo I should ask for what we’re obviously here for so Mama doesn’t forget. Fortunately they got their business done before it became too annoying, but his increasingly desperate and haggard “I want a Happy Meal!” made it clear something in his worldview Just Wasn’t Right and was so cute half the unintentional audience were cracking up and holding back laughter.
edit: grammar

“Do you have the Boba Fett one? He has a green and red helmet?”

I think I did miss out on the last McDonalds toy…couldn’t find it!

Are they trying to imply McDonald’s food is mutagenic?

… which is almost exactly what I thought when seeing it.

Put some cool toys in there for adults. These ain’t it.