Michael Avenatti says Donald Trump Jr. "will be indicted before his birthday"

Indicted ain’t convicted. Which leads me to ask: what would Muller gain with a toothless indictment? The threat of indictment is a much bigger stick.

For this reason, I’ll take Avenatti’s bet for a thousand. No indictment until January 2021.

Avenatti woke up this morning and realized he hasn’t had any media attention in days.

You can write #winning all you want, but most of us see #CluelessDouche

Not sure if the odds suit you, but here you go: https://www.predictit.org/markets/detail/3979/Will-a-federal-charge-against-Donald-Trump,-Jr-be-confirmed-by-year-end-2018

Michael Avenatti is not your friend.

Also, nice face, is that new?

Papa Trump will fix it and make it all better for his mini-me.

Because Dear Leader has succeeded in doing that so many times thus far. And there’s no convievable way that his only avenues for “fixing” this could escalate it or backfire.

Dog Speed Avenatti, but take a long hot shower after ever visit to the swamp that is tRump, that smell is not charming.

if the dems fail to win the house and/or investigate Kava (both starting to sadly seem likely) I am really hoping Avenatti wasn’t just BSing and can/will sue a sitting supreme - the high school crimes may be out of reach but the college stuff is not, we can’t have a Bush operative on the court that defended torture and believes birth-control is “abortion inducing” (which btw even if was bizzaro-world true, that would be legal) 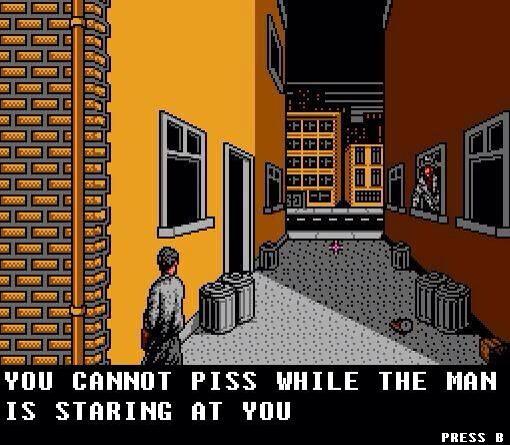 Well… we will see, but I think Aventatti is also prone to sensationalism.

FUN FACT: Hal Smith was the voice of Davey Hansen’s dad, and his dog Goliath, on the old “Davey and Goliath” animated puppet religious show.

I hope Don Jr. gets sentenced in a state court, so there’s no pardon possible. I also hope the little weasel flips on his father.

Avenatti has been “credited” with helping Kavanaugh’s nomination by vastly overpromising what his client’s affadavit would include, thereby diverting attention away from Dr. Ford’s heartbreaking testimony and toward his own incompetence. Some have even joked that Avenatti may as well have been secretly on the Republican payroll.

Wow, it never occurred to me that these demons actually have birthdays like regular people!

Pardons are entirely possible with state charges. They just have to come from the governor. The nut there is not that you can’t pardon crimes charged at the state level. But that Trump can’t. That would appear to why there are very specific state involved.

the high school crimes may be out of reach

There is no statute of limitations on rape or attempted rape in Maryland.

Let me see his birth certificate. It seems suspicious that his birthdate allowed a full year’s child tax credit while being born on the last day of that year.

There’s a case (Gamble vs. the United States) coming to the Supreme Court that could empower the President to pardon state crimes, as well. Good thing the court wasn’t just tilted wildly to the right with the addition of a conservative ideologue with zero moral compass who Trump has a ton of dirt on. Oh, wait.

I think he should be indicted ON his birthday. That would psych him out (ha, ha, thought we forgot about you… right?) while simultaneously ruining his birthday.