You’d think given his incredible wealth, he would just say “How much do you need from me to fix it? 2.5mil? sure…here’s a check.” because how much praise would he get from that. Good press is always good.

Instead, he pulls out the Late Stage Capitalism move:

Allen has disclaimed all responsibility,

Yeah, that’s pretty fucked up. Furthermore, there is no amount of money that can bring it back to how it was before.

Furthermore, there is no amount of money that can bring it back to how it was before.

There may be hope. 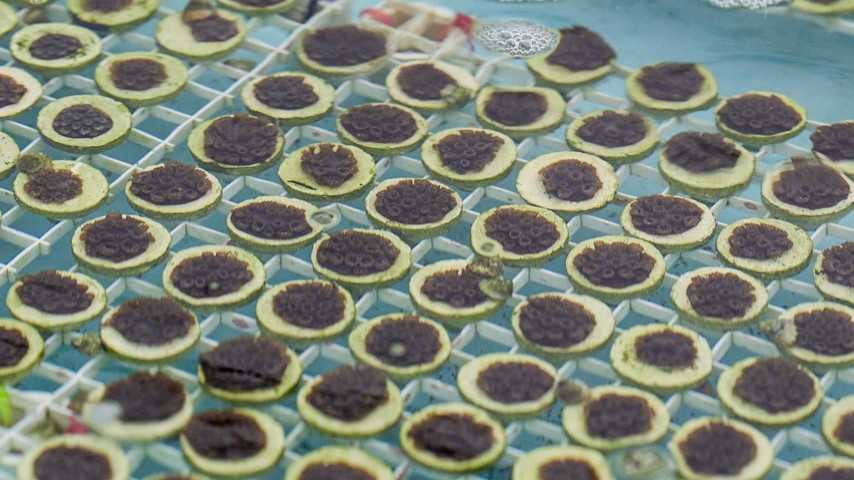 A Breakthrough for Coral Reef Restoration

I would hope that at least part of the restitution goes to projects like this.

Sure there is. We can’t bring back 2000-year-old coral, but coral does replenish, and this was specifically in a replenishment zone, which generally means young coral.

He should just do the right thing and pay up.

I agree that he could afford to pay up but it sounds like this really isn’t his fault. Per the linked article he dropped anchor where the port authority told him to and the wind happened to blow his yacht in a manor that damaged the reef. The port authority should not have told the crew to drop anchor where it did given the current conditions.

How about a policy of “If your boat destroys the reef, it becomes the reef.”

Love it. “Come to the Caymans and swim above our beautiful new $160 million reef.”

Was he there to visit the money he’s hiding from taxes?

Cayman depends on anti socially destructive billionaires, so of course it doesn’t want to fine them

Christ, what an asshole. Late stage capitalism.
Hmm, yeah, they both work.

A “superyacht” isn’t exactly a one-person show, is it? Assuming it’s got multiple members on the crew, it would seem reasonable to put the blame on them instead, if not the port authority.

Cayman depends on anti socially destructive billionaires, so of course it doesn’t want to fine them[/quote]Maybe he annoyed one of his bankers in the Caymans, who subsequently called the port authority and suggested he should have a little well-publicized “accident” ?

If Allen’s crew knew that they were going to damage the reef, then absolutely he is partially responsible. Otherwise, this is entirely on the port authority.

Christ what an asshole! But considering the company he started, not a surprise.

He didn’t “wipe out” the coral reef. He “disrupted a legacy ecosystem”.

The site will be bursting with more innovative marine organisms in no time!

The myth of the victimized, over-taxed, virtuous, and morally superior billionaire would be laughable were it not accepted as religious truth.

I’m willing to give Allen the benefit of the doubt on this. He is a huge proponent of oceanic research. He owns another superyacht, The Octopus, which “is regularly loaned out for exploration projects, scientific research initiatives and rescue missions.”

No no, it’s Christ, what a late stage capitalist asshole.

One has to figure Allen does not directly supervise the work of his yacht lackeys. So legally he probably isn’t responsible directly. But as a matter of PR and the fact he could easily afford it, dodging some kind of restitution makes him look like a scumbucket.

Probably the amount he spends fueling that damned thing every year…