Mike Tyson: I once offered a zookeeper $10,000 to fight a gorilla

We know that it never actually took place, Tyson is still alive.

I’m sure the zookeeper gave it a moment’s pause before the reality of a manslaughter charge caught up with him. 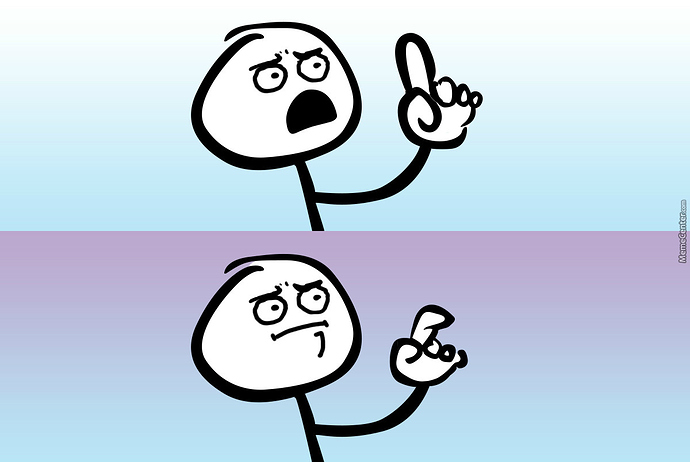 Pics or it didn’t happen!

People love working with this guy?

That 2008 documentary about Tyson was pretty amazing.

It’s clear that Tyson is a terrifying, violent and mentally unstable person, but it was also easy to see how he got that way given his background and upbringing. Like the sympathy one might have for an animal raised for dogfighting, even after it hurt innocent people.

You gotta be careful, they eat their oatmeal raw.

Tyson vs gorilla would be a massacre if the gorilla was interested in fighting. Tyson vs a chimpanzee might be more even. My bet would still be on the chimp, a boxer is just too specialized, depending on rules what you can and cannot do. A chimpanzee would just get in close and chew his face off.

A chimpanzee would just get in close and chew his face off.

Seems like they often go for the hands, as well.

I seem to recall something about Tyson and ears…

My folks had a male friend (back in the 80’s) that had a small pet monkey, The man was single for several years till he started dating a woman and eventually brought her home to meet the monkey. The monkey attacked her and bit her face. End of relationship and the monkey was put down.

Chimpanzees are more prone to violence in general than gorillas, which largely depend on physical intimidation instead of actual dismemberment of their rivals. So maybe Tyson could get in a few punches to knock a gorilla off its guard before it started beating him with his own limbs. Or maybe not; their skulls are thicker and their posture would make it harder to get in any good hits to the vital organs. Not to mention the gorilla’s advantage for reach.

Man, the headline made it sound like it was the zookeper who was supposed to fight the ape. (Hardly surprising that a zookeeper woildn’t want to fight his own prisoner. Tyson can just go home, the zookeeper has to work with this critter every day!)

I thought the same thing when I saw the headline. “He likes to watch!”

An interesting glimpse at how the rich break all the rules by just bribing everyone.

This seems to fall into the “Well…maybe? section of the Tyson Zone:

Some celebrities allow their reputation to become so bizarre that any story about them is believable. These celebrities have entered The Tyson Zone. The term was created by commentator Bill Simmons in "honor" of heavyweight boxer Mike Tyson.

An interesting glimpse at how the rich break all the rules by just bribing everyone.

One of those things is a relatively normal thing that people do (renting a public space for a private event outside of normal business hours), the other is animal cruelty? I mean I get if your point is that maybe to some rich people they sound the same, but they are obviously not.

I’ve previously heard that chimpanzee grip strength is ridiculously OP compared peak human grip strength — bone-crushing strong. They’d should to be able to quickly rip his face off without the need for chewing.

One of those things is a relatively normal thing that people do (renting a public space for a private event outside of normal business hours), the other is animal cruelty?

If you go back to the original article in The Sun, it says:

" [Tyson], 53, revealed his stunning offer came after he bribed a worker to open the zoo back in the late 80s so he and then wife Robin Givens could enjoy a private and romantic stroll among the animals."

That word “bribe” is not “renting a public space for a private event outside of normal business hours.”

The point is that both are bribes, not that they are bribes for different things.