“just one of many occurrences of GOP officials unintentionally revealing”

It’s not unintentional. They don’t suffer any consequences when they say these things, so they say them out loud.

We let them off the hook by treating those words as an accident. The headline should be “Another GOP Leader Speaks Out In Favor of Limiting Voting Access Based on Ideology.”

Good! The more they say the quiet part out loud, the firmer the opposition gets and the crazier they look to centrists. They’re trying to harness trump’s wind, but don’t realize that it is 100% a cult of personality and non-transferable. He gave them permission to rattle off any batshit crazy thing that comes to their mind, but they’re still stuck in the actual question of governance. trump didn’t even bother with questions of legality.

What has four eyes and still can’t see?

Close, but I think we’er talking some other kind of taters.

Does he really think that members of the Cult of Trump (aka the GQP) would be able to pass a civics exam to vote? In this I’d have to guess a lot of them are not smarter than a 5th grader (if such a civics test as a barrier to voting were legal, which it is not.)

Oh, I like those with grilled onions and some sharp cheddar melted on top, so yummy.

We let them off the hook by treating those words as an accident.

The more they say the quiet part out loud, the firmer the opposition gets and the crazier they look to centrists.

Far too many people agree with him that public education is bad for America and have for a while.

At this point it’s actually true: public education in far too many school districts is horrifically bad. By design.

True. Which has been the goal, to tear down public education in places where the “wrong” kind of people live, so they can no longer be a threat to the “god given order”… 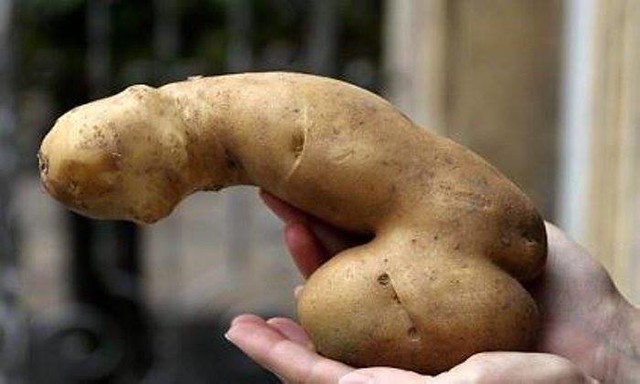 Thank you for withholding a regionalist joke about the blindness of Mississippi (Goddamn!).

If the official wanted a person to pass, he could ask the easiest question on the test – for example, “Who is the president of the United States?”

How many cultists, if asked that today, would answer “Donald Trump”?

Rare case of the blurred image being more NSFW that the actual image.