FFS. Because the world needed more people willing to spread q-anon and treason for their own financial gain.

Gross. He should at least be a pariah and really should be in prison. Oathbreaker!

Musk will claim that this was an automated re-instatement and that nothing could have prevented it. This claim will be obvious BS. It’s clear that he wants to turn Twitter into a playground for fascists and white supremacists. 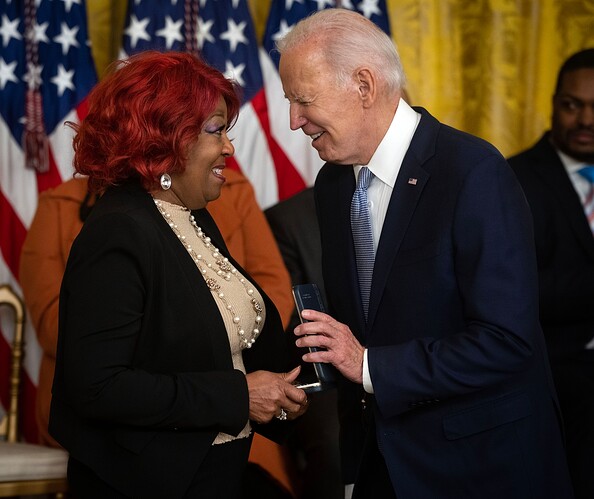 Two years after Jan. 6, Facebook mulls if Trump is still a threat

Trump is still unrepentant about his claims of election fraud in the 2020 vote. Does that mean he's unfit for Facebook?

That dude seems like a true believer and I can’t believe how high up he was in the military and government at one point.

It’s clear that he wants to turn Twitter into a playground for fascists and white supremacists.

But he says he’s a centrist, so we really can’t figure out what his politics are! Wow, so complicated!

No surprise here - Musk is merely showing the world what a twat he is. Yet again.

One the one hand, fuck Elongated “Pedoguy” Muskrat for making a safe hive of scum and villainy for these deplorables.

On the other hand, it is cold comfort knowing it took $45 Billion cash and $200 Billion paper net worth to make this happen, and it will soon be gone (though not soon enough).

Fascism is proving to be expensively unpopular. Good.

I walked away from Twitter during my winter break and I have to say I don’t miss it. I posted to it this morning but I’m finding it refreshing to not play into Elmo’s fascist timeline by scrolling it like I once did. I also blocked the clown and filtered his name so most of the resulting feed has little do do with the 12 year old edge lord.