This is why prudent monarchs always keep a Royal Necromancer nearby.

Hopefully no one builds her a pyramid too large to start to warp space-time around London (or Djelibeybi), either, and hilariously begin to resurrect Liz and her predecessors.

God save us from the Queen?

I think she comes back as a hero… so god save the undead queen? Lines are getting blurred here.

With apologies to Terry Pratchett.

People will queue for it, whatever it is.

“of the fence your on and who your following”
So, she’s forgotten how to speak English in the last 25 years?

It’s a clue! (Just like when she doesn’t reveal anything to the world in ten days it will be another clue. “They silenced her!”)

I’m curious why whoever wrote the Princess Diana thing bothered. There’s a reason doomsday prophets and conspiracy theorists predicting big events set their dates either well in the future or at a nebulous “soon”. Even the people predicting Trump’s return to power gave it a year or two. 10 days is barely enough time for the rumor to circulate before it fails to happen.

She just indicated she didn’t die in the accident. She may have suffered dain bramage. 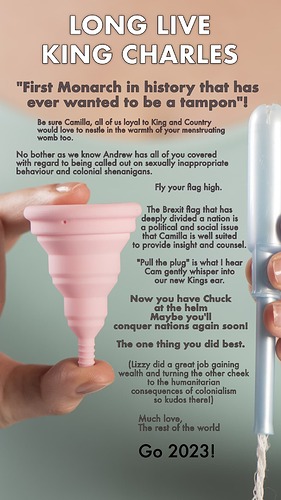 Actually quite often they’ll pin a specific date, the Qnuts did it with Inauguration Day. When the day comes and goes and nothing happens… sometimes the whole thing falls apart, and other times everybody just doubles down.

And I wouldn’t be a bit surprised if Liz claws her way out of the coffin and resumes her duties.

I think this was the necromancer, admitting that the NecroQueen shall not rise up…

And the reason this is obvious BS is right there. Right in that screenshot of the facebook.

Princess Diana was born Diana Frances Spencer. She was an educated royal. She would never capitalize random words of the Queen’s English and she would never confuse “your” and “you’re.” Not after the whole “tough love finishing school” mentality they brought up ladies on in that country.

Princess Diana had a pina colada with JFK, Jr and escaped.