MythBusters's Jamie Hyneman explains his toolkit that nobody else can touch

All the better to build that big beautiful wall.

Well, he definitely wins. I have about 95% of that stuff, but it’s spread out all over the house, some of it in the garage, some of it ??? who knows where. He is smart to keep it all in a single case.

You’d have to keep it all in a case if your job was not at home. I’ve got it spread around the ranch.

He has a few really nice and unusual tools. I really like the nibbler for square holes. (must not buy, must not buy…)
I’ve got my equipment in 3 multi-pocket tool bags plus some very rarely used stuff in a big plastic bin. I had exactly the same model of the first case he shows, and literally wore the hinges and hold open braces out. The silver crimper he showed near the end has several threaded holes on the handle side that are used for cutting small threaded bolts cleanly. I was a commercial locksmith and bought a really good one (Proto I think) more for the bolt cutting than the stripping/crimping capability.

He is stressing me out. I’m surprised he even has coworkers, you know, always getting in the way of getting things done.

The knives belong to the chef, not to the kitchen.

It’s terrible but I now have the urge to sneak in there and hit them all with some other color of paint than yellow.

Also, this is the suitcase you bring with you if Marsellus Wallace calls you from the basement of a pawn shop.

You can’t go wrong with KNIPEX.

I was surprised at not only how similar my base kit is, but also the brands. Nothing like genuine ViseGrip, Channellock and Knipex. Only surprise were those ratty electrical crimpers, much prefer a few bucks on a good set of ratchet crimpers.

Yeah, the crimpers were kinda crappy, the sort that come with a box of cheap crimp connectors at the DIY emporium.

I would advise moving to a small apartment without a shed or other storage.

I have one tool chest and some three or four other boxes that contain some tools and materials. If I don’t pack it back up after I’m done the tools are either laying on my kitchen counter, my dining table or my bed. That forces you to be a lot stricter with cleaning and organizing

I see what you are saying and don’t think it’s a good look that he is working for a company that is creating a “virtual border wall”.

Inspection mirror, huh. I use a selfie-stick and a phone.

Yeah, I’m never going camping with him. I use hi-viz yellow paint on my chairs and stuff.

“…his toolkit that nobody else can touch”

Was really hoping for a smart biometric force-field or something.

I have about 95% of that stuff, but it’s spread out all over the house

I have a 6 year old, who just like me at that age, wants to take everything apart.
I have no idea where half my tools are. I find them on the floor of the garage, random drawers, nooks, crannies, stuck to things with magnets, outside, inside covered in mud, sometimes in his room…

At this point I’ve resigned myself to setting a couple hundred dollars on fire replacing stuff over the next several years. And at some point I’ll buy him his own tools. 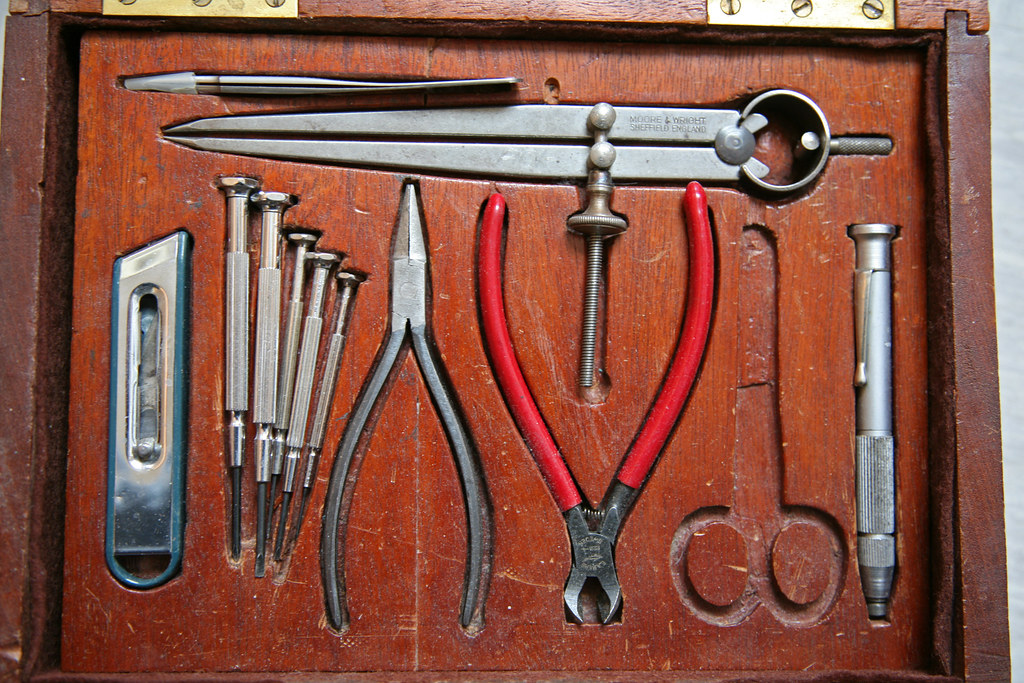