No room for complacency here.

True, we should not be complacent. But Hillary DID win the popular vote, and unless Missouri has a State Electoral College, I suspect that whomever wins the popular vote in that district, will take the seat.

“The Nazi probably won’t win” isn’t really where I’d hoped American politics would be in 2018.

Even if all these horrible candidates lose, they’re still normalizing the idea that someone can be openly white supremacist and still run for statewide or national office on a major party’s ticket.

Whew! The pressure to vote is off, at least in that district.

Oh, I hear you. I guess I’m a glass-half-full kinda guy, especially when I have no control over the outcome of this race. I’ll have to look into where this District is. I have a sister in Missouri, and where she lives is, well, an odd place. It’s very rural.

Re: What is the cost of a bad education? (the pamphlet)

Steve, buddy…you’re soaking in it. 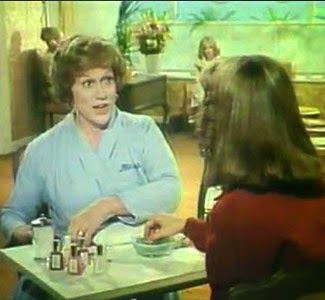 Welp, at least that’s one secure seat for the Dems.

Don’t underestimate the amount of hate and / or stupid from my home state.

I take heart in the following:

3,757 votes were cast for the Dem, all for Carpenter

I’m thinking (hoping) that a bunch of good old boys got drunk and said, hey we aren’t gonna win, anyway, we don’t like Jews, let’s vote for the Nazi. Wouldn’t that be a hoot and a holler? As opposed to reasonable people concluding that the Nazi was the best choice.

This is Missouri. Don’t make any assumptions.

The answer is easy, they all are complicit on some level with Nazi / White Supremacism / etc…

I mean, did you ever see Nazis kill babies? /s

The Nazis were actually liberals - conservative “thinkers” Dinesh D’Souza and Johan Goldberg tell me so! Why this whole Charlottesville thing was just a kerfuffle between two liberal groups - Antifa (who are the real fascists) and the other racist faction, the (checks notes) “Unite the Right” group, who, uh, were carrying Confederate flags and, er, wearing MAGA hats. Those evil liberals.

I guess soul searching is a lot harder to do when you have no idea where your soul even is.

I guess soul searching is a lot harder to do when you have no idea where your soul even is.

Presumably, they sold it for tax breaks and the dismantling of the welfare system so those undeserving poor can’t get a leg up…

So Steve…if these Jewish cabals are so powerful and evil - why are you still alive?

It’s not like it would take an Entebbe raid to take you out.

Yet anti-socialism hysteria dominates the internet. What a country, 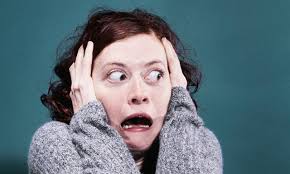 Another point in favor of some sort of ranked voting system. (Barely) more people voted for Not a Nazi, but the Nazi wins because voters were only allowed one choice each.

Voting for the most dangerous candidate because he/she is believed to not be electable is a dangerous game.

I don’t see it as a problem, here.

A. Many GOP voters identified themselves as favoring Nazis
B. The Nazi will lose

I’d rather they be open Nazis than stealth Nazis.

This is my district. A couple things that make me very hopeful, despite the real possibility that my representative could be an actual Nazi: My Democratic ballot had two races on it, one of which was Claire McCaskill. Not exactly a thrilling race their in the Democratic primary. The Republican ballot, though, had quite a few races, some for county positions where the winner will be unopposed in the general election. The Clay County government has seen a weird couple of years, with some pretty serious allegations of misuse of funds and calls for an audit by the MO State Auditor. I’m hoping that quite a few Democrats took the Republican ballot just to influence those important county races, and picked this Nazi just because he seemed a bit looney. That’s the other thing - this guy’s pre-election information definitely had a nutcase vibe to it, even with some racism thrown in, but more in the Racist Uncle at Thanksgiving sort of way, rather than straight up Nazi. There really just wasn’t much information out there for voters.

I’d rather they be open Nazis than stealth Nazis.

Me, I’d rather live in a society where no person who publicly identified as a Nazi (or Nazi sympathizer) had any chance of winning the nomination if a major party.

And I’d rather live in a world where I’m dating Scarlett Johansson. But we have to play the cards we’re dealt.