I, too, grew up in the 1970s and can assure Ms. Kelly that wearing blackface for Halloween was never okay. I remember to this day walking past a white kid on Halloween who was dressed as Fat Albert. Even at eight years old I knew it wasn’t right.

I watched both the segment in question and the sitdown that she did after her blackface comments with a couple of very patient, generous black journalists (who I’d never heard of, so I can’t remember their names). She nodded through their explanations and advice and seemed like she was at least trying to listen. But mostly, she just looked scared. I think she was hoping that 12-minute or so segment would save her job (yay that it didn’t!).

As for the original segment, all of it was exactly how I’ve seen Kelly always act before – as a mindless, angry, victim-mongering whiner, crying about what the tyrannical PC-obsessed left is supposedly doing to the freedoms of “ordinary” people like her.

I see no reason to believe her sudden willingness to sit at a table with a couple of black people for a few minutes was suddenly going to change her.

Haven’t seen that, do you have a link? Thx.

She gives me a deep feeling of unease anymore.
It, well, it could be called uncanny.

While at her previous network, she made me come up with an awesome band name: Angry Fox Blonde.

These things usually have a pay or play clause.

But I don’t imagine she’ll have much luck landing anywhere besides Fox again. This deal was a notorious disaster for NBC. Her presence tanked the ratings for this time slot, and she was apparently on a tight leash as a result. She comes out of this looking like she’s got no draw outside of the right wing bubble. And like she can’t be controlled, or shift tactics to do what a network needs.

“How could we possibly know that this consistently racist person might hold ‘racially insensitive’ views!?” - NBC, apparently.

Maybe now she gets it?

Must be a good journalist in there somewhere, it’s just the place she works at that’s making her say these stupid things.

Anyone who allows themselves to work at Fox News isn’t a good journalist, period. The choice itself shows not only their character but (lack of) journalistic integrity and abilities.
So yeah, they pre-emptively burned any credit we might give them by working at Fox.

Yes, you can. That isn’t what the issue is about.

Yeah, one can have a discussion about, say, violence against women. If one starts that discussion by asking, “Should Megyn Kelly be beaten with a baseball bat?” it’s not remotely a good faith or productive discussion (especially if one appends, “I don’t see what’s wrong with it” to the question).

The world needs ditch diggers too.

Sadly, she’s made enough money already to spend the rest of her life in luxury. She really should have been steered into ditch digging a lot earlier in life.

I can’t imagine her doing it, otherwise.

No way. Hissy fit about her First Amendment right being crushed in 3…2…1…

I, too, grew up in the 1970s and can assure Ms. Kelly that wearing blackface for Halloween was never okay.

Not just that, but there was plenty on TV during her formative years to educate her on why blackface is bad. Many 80’s sitcoms had special episodes about this (I distinctly remember the one on Gimme a Break!).

I think she believed her own hype. Thought she was bigger and better than Fox. And all those horse shit “Kelly is a feminist, Kellys not a partisan” articles convinced networks she was bankable. She left at just the right time, got a little bidding war going.

But there was never any indication she was much of a draw beyind Fox’s narrow, narrow demographic. And if you look at Fox’s grade of advertisers. We buy your gold, 5 gallon buckets of survival slop, medical devices, the occasional pickup truck. There wasn’t much reason to believe she’d be a money maker.

If she had any inkling of ever wanting to go back to Fox, she wouldn’t have burned the bridge by finally coming out about Ailes on her way out the door. She made a big stink about leaving. And her PR people pushed the she’s too good for Fox line hard.

No, no. This is terrible! Megyn Kelly is the super hero we need right now. She’s making offensive arguments on TV, then having a touching moment of learning, and finally everything is better, but some how nothing ever changes. It’s reality-sitcom!

/s if it’s not obvious enough

While at her previous network, she made me come up with an awesome band name: Angry Feaux Blonde.

Had to make a lil’ adjustment there…because Feaux News. 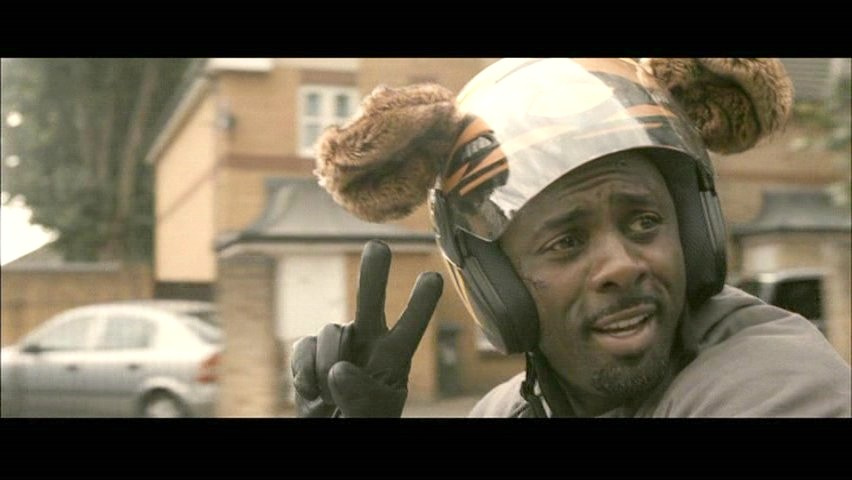 Cue “afraid for young men”. Or as I like to call them bully snowflakes: too fragile to handle people expressing disapproval so they vilify and bully them into staying out of their safe white space.

You know it’s funny - I don’t honestly blame Megan Kelly for being who she is - I’m dumbfounded anyone at all couldn’t see who she was prior to her being hired.

As with Rosanne - while I can’t stand the person - I’m dumbfounded at how they are being hung out to dry for doing exactly what they did prior to being hired.

I doubt seriously the networks give a crap about these things, otherwise they wouldn’t hive hired these people to begin with. What I do hope is that this is a signal that the ‘racist wackadoo’ crowd isn’t profitable enough to court - because that means there is still hope for this country.

I agree with Cenk Uyger’s take, which I understand to be that they were disappointed with her ratings and looking for a reason to let her go.

I don’t imagine Fox would want her back.

Reading through the leaked Bannon/Yiannopoulos emails provides a lesson in how media that caters to the Alt-Right works. They walk a fine line by courting the worst of the Alt-Right but doing so with distantly plausible deniability: “There are nice people on both sides”, but not “Nazis are nice people too”. Bannon coaches Yiannopoulos repeatedly on this strategy in the leaked emails.

The problem with Megyn Kelly is that to walk the line you have to understand the boundaries precisely, and she doesn’t seem to have that.