Well, shit. I have had enough of these “coincidences”, how about you guys?

“…this design was based on the U.S. Army colonel’s eagle wings…”

Yeaaah, that’s not much better, frankly, even if it were true*. Militaristic eagle logos aren’t exactly appropriate for an elementary school, whatever military they’re (ostensibly) based on.

*Although there are some similarities, it’s closer to the Nazi eagle, and generally way more fascist looking than the US military design.

I understand they were going for a stripped classical look. They shouldn’t have, since the entire movement is tarnished by association with the nazis.

Stripped Classicism (or "Starved Classicism" or "Grecian Moderne") is primarily a 20th-century classicist architectural style stripped of most or all ornamentation, frequently employed by governments while designing official buildings. It was adapted by both totalitarian and democratic regimes.[A] The style embraces a "simplified but recognizable" classicism in its overall massing and scale while eliminating traditional decorative detailing. The orders of architecture are only hint Despite its ... 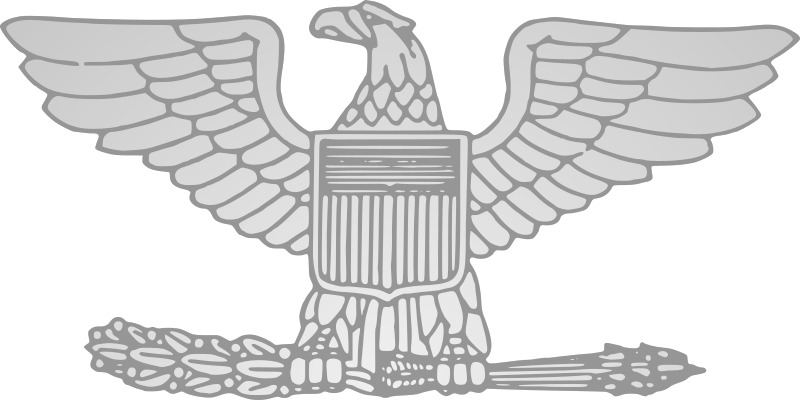 If you apply the rules of stripped classicism, which, again, you shouldn’t do, you get something that looks fascist.

In a vacuum, it looks rather innocuous. The US has a long history of eagle motifs (both in government/military and for decoration, logos, sports teams, etc.). But if the school in question has had a history of antisemitism, then best to just avoid anything that could possibly be construed as such.

The Reichsadler ("Imperial Eagle") is the heraldic eagle, derived from the Roman eagle standard, used by the Holy Roman Emperors and in modern coats of arms of Germany, including those of the Second German Empire (1871–1918), the Weimar Republic (1919–1933) and Nazi Germany (1933–1945). The same design has remained in use by the Federal Republic of Germany since 1945, albeit under the name Bundesadler ("Federal Eagle"). The Reichsadler, i. e. the German Imperial Eagle, originated from a proto-...

I guess you could say the same of the SHIELD logo but then again it turned out that organization was rife with fascists so it’s probably not the best defense. 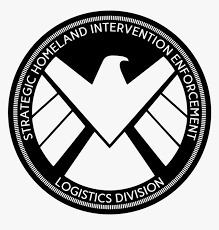 There’s a possibility they might be going for future fascism instead of the historical type. 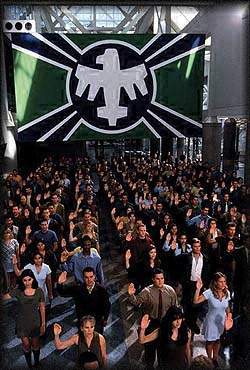 Is that true about the direction the eagle is facing? If it is, I actually find that a pretty cool use of subliminal imagery.

Even if it’s not intentional, it looks rigid, militaristic, fascist and creepy. Someone should have been able to pick up on those vibes even if they didn’t make the Nazi connection. 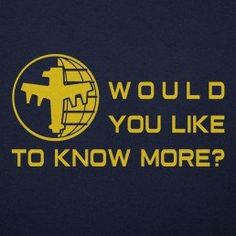 Why does an elementary school even need a logo anyway?

There a house in my area that flies a flag with a geometric eagle in a white circle surrounded by a field of red. I thought it was suspiciously nazi-ish, so I looked it up. To my relief, I learned it was the flag of the United Farm Workers.

That kind of symbol has been making a comeback in recent years. 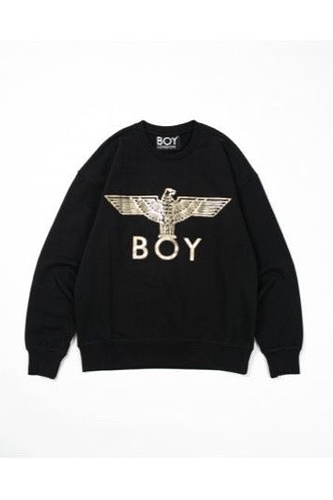 There are more wholesome images to hide 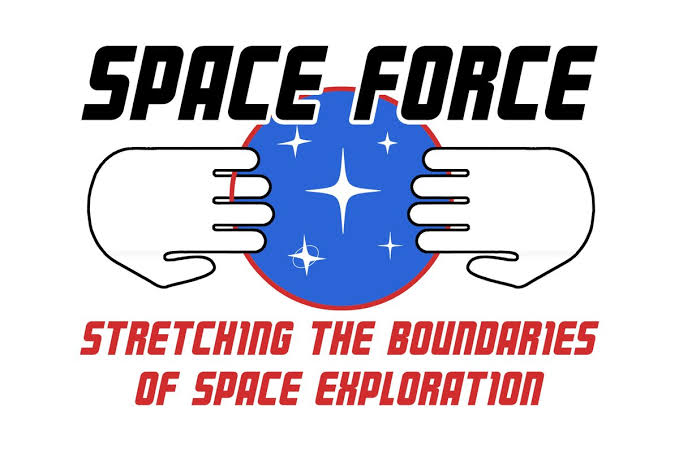 The clothing brand Boy London was founded in 1976 during the Punk era, when it was pretty common to use Nazi imagery for provocation, e.g. the Sex Pistols’ Sid Vicious was wearing a Swastika shirt.

Anyway, each time I see someone wearing ‘Boy London’ I want to punch them.

The logo on the left is just a disaster(can we achieve excessive busyness purely through starkly simplified geometry? Apparently we can; and while throwing in an incongruous pseudo-cursive font that appears nowhere else!); but the branding overall just looks like it was thrown together for a NATO wargame that needed an opposing force that wasn’t a thinly veiled Warsaw Pact reskin; or some made-for-TV sci-fi that needed either a serious-looking organization to play either antagonist or morally ambiguous protagonist.

It’s especially odd for an elementary school. It’s pretty common for high schools to have bellicose logos that reflect their football team; but those are both for schools that have competitive sports teams and tend to be bellicose in more or less exactly the opposite way these ones are: the graphic design vibe tends toward unthreatening or even slightly goofy; but the text proudly informs you that this is the home of the Fighting Mole Rats or whatnot; while these ones could hardly be less textually threatening; but just drip blandly hostile graphic design.