Researchers using new technology thermally scanned and imaged the pyramids at Giza. This technology has only been around for 40 years, but it took that long for the camel-drawn wagon to wind its way through the streets of Cairo to eventually arrive at the pyramids, and then they have been setting it up and testing it for the last 10 years, despite heavy rains and a few revolutions.

They finally took some pictures at ground level and whoah! Out of the blue, a spot of red. At first, the Egyptologists were confused and thought it was the blood of their enemies splattered against the side of the pyramid. But they checked their lenses, reconfigured their cameras and tried again, this time realizing it was the false color of the infrared indicating HOT ROCKS.

It is widely believed that a massive store-room of freshly cooked hot grain is just behind those rocks. Ben Carson was quoted as saying, “My bowl is empty, and I am hunnnnnnngry.”

Check it out for yourself: 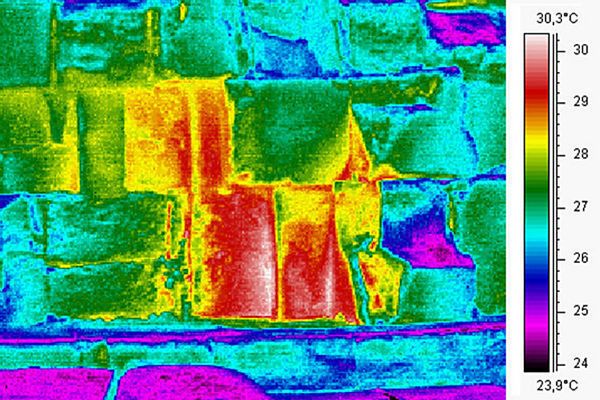 Also, a tldr; length documentary, full of other footage of Egypt-related fluff, because, you know, you can only show stills of hot rocks for a few seconds at best before the screen heats up too much. Pan left! Pan left!

Best article yet. If you look on Google Maps, you can even see a path leading up to it. WTF, nobody noticed this before?

Last month, an international team of researchers started scanning Egypt's pyramids using the latest technology, in the hopes of finding out more about the country's three famous structures, which are located in Giza just outside of Cairo.

Science is so cool!

This topic was automatically closed after 465 days. New replies are no longer allowed.