The Truth Behind The Great Pyramids - Egyptologists HATE him

Continuing the discussion from Ben Carson has nutty theories about the Egyptian pyramids:

Ben Carson has nutty theories about the Egyptian pyramids

Vanity is a very good theory. But calling a stone box a crypt is merely speculation.

It is not speculation when the builders left a description of what they were building and why.

The “Pyramids are granaries” explanation was made long before we rediscovered how to read ancient Egyptian.

11 Likes
Quotes on religion and the mythical Christian solar god Jesus's association with the Sun
Missy_Pants November 12, 2015, 1:04am #2

What? You mean there is literal writing on the walls? Crazy talk!!

If you somehow become President, you will have billions of dollars and thousands of people available to help you make decisions.

Don’t rely on stupid ideas you dreamed up while sitting on the toilet. Listen to your experts who have studied the issues closely.

You seem to know English and have access to the Internet. Fifteen minutes of reading about Egypt anywhere will get you to the Rosetta Stone. It’s sort of up to you.

The Rosetta stone was created 2000 years after the great pyramids where built and concerns the ruler granting tax exemption to the local priesthood.

Reading about Egypt anywhere huh? You may want to look in to the concept of group think. You may have fallen prey to it.

You understand, though, that the Rosetta stone allowed us to decipher egyptian hieroglyphs, right? And that there are hieroglyphs on and in the pyramids, describing what they are and what they are for?

Why would the contents of the Rosetta Stone make its use in translating symbols from the pyramids invalid?

Could you elucidate exactly which unsolved mysteries this supposed group-think is keeping hidden?

I’m just not quite sure how much information from widely respected sources you expect me to unconditionally ignore in favour of your unstated hypothesis. Which I imagine sits in opposition to the generally accepted scenarios concerning ancient egyptian monuments and which I will have to continue to imagine until you make an actual statement concerning what you would consider to not constitute groupthink.

in favour of your unstated hypothesis.

I have no hypothesis nor have I offered any. Asking me to offer one shifts the burden of proof from the tomb hypothesis to the skeptic of that hypothesis. That’s not how it works.
You have stated that

I’ve heard that line from several people on BB and every time I ask them to prove it they then change the subject or try to shift the burden of proof. This is the group think I’m speaking of. Why might this happen do you suppose? I suspect it is because despite what people like yourself believe, no such evidence actually exists. Perhaps this creates a cognitive dissonance which compels otherwise intelligent people to enter in to logically unsound territory and start doing things like demanding that an alternative explanation should be offered by a skeptic. Though we might not like it, the likely answer is that we do not know what they are for and due to the age and lack of evidence we may never know.

Dude. I just looked at wikipedia.

Would you care to offer any substantive opposition to the stated discoveries of Hieroglyphs in and around the burial chambers and corridors leading to them? Or are we just going to harp on my… uh, research methodologies?

I honestly don’t know what you’re even saying. We should be sceptical about, uh, non-existant mainstream theories which would be wrong even if they did exist because… because groupthink?

I’m fairly open-minded, do you have anything to contribute?

Wiki is an OK source. I won’t poo poo it’s use here.

I looked at https://en.wikipedia.org/wiki/Egyptian_pyramids No mention of hieroglyphs describing the purpose.

Maybe you can point me to the right one.

We should be sceptical about, uh, non-existant mainstream theories which would be wrong even if they did exist because… because groupthink?

No, I keep having to repeat this but I’ll do it again. Without actual evidence beyond circumstantial we are engaging in conjecture, not science. Ignoring the evidence that when we do find the remains of Egyption rulers we find them in the Valley of the Kings seems non-scientific. Ignoring the evidence that rulers and people of high standing whose tombs have been found all contain similar inscriptions on the walls of their tombs yet none of them have been found in a pyramid seems to be irrational. Stating a position is true due to the word of experts is a logical fallacy known as an appeal to authority and does not constitute any proof.

I am taking the position of a skeptic simply because the proof isn’t there.

do you have anything to contribute

I’m not sure how to respond to this. @alan_olsen created this thread to counter my claim of speculation to which I respond that the claim of “the builders left a description of what they were building and why” required some citation. I still think it does and responding that I need to do more research is simply another way of saying they believe their position but don’t have a real reason why other than what they have been told.

Great point! You don’t want to hit up a site that peddles pyramid woo.

You may want to look in to the concept of group think. You may have fallen prey to it.

Wait what?
Might want to rethink this one. the context for what you mean by group think is missing,

The context is thus: we all agree on what the pyramids are for ergo: group think! LOL

the context for what you mean by group think is missing

Sorry about that.
The apparent desire for conformity to the accepted narrative has resulted in an irrational outcome of viewing as fact that which has no evidentiary support.

Or it could simply be the groupthink idea that they are tombs.

Preeeetty sure there were dead people and treasure in them. Along with books of the dead, organs in jars, and man-sized traps designed to kill and trap looters. I don’t know what kinds of granaries you’ve been around, that doesn’t sound like typical agriculture practice. OH! And the Egyptians wrote about this stuff, and described the purpose of pyramids in their documents.

Since you want a cite, here’s one: http://www.sciencealert.com/here-s-how-scientists-know-the-pyramids-were-built-to-store-pharaohs-not-grain

I’m sure there’s something wrong with it. Unfortunately I don’t have the book from my Ancient Mediterranean History Class with pictures and translations of the hieroglyphs out there, but if you want, it’s here:

But if you prefer, you can listen to this guy: 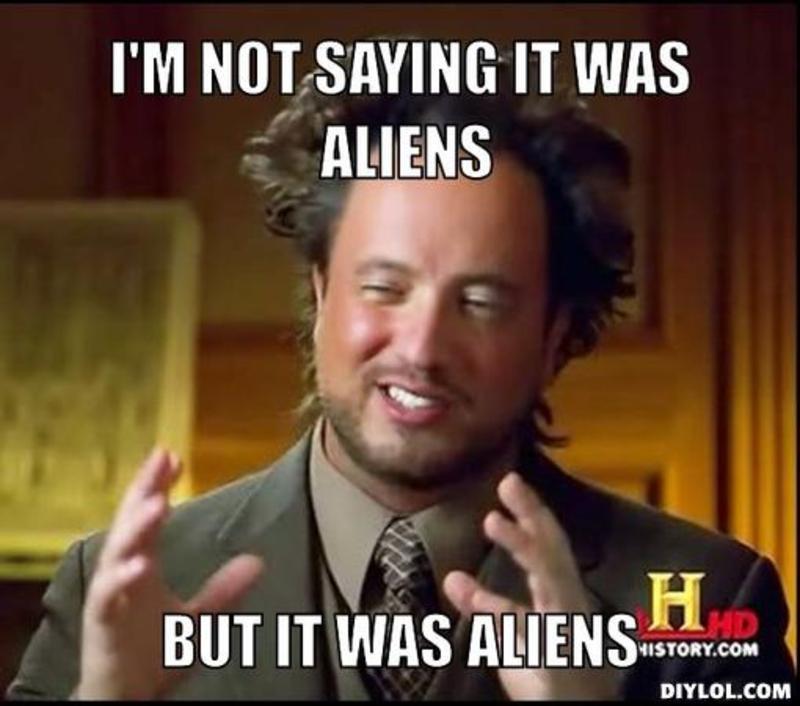 Preeeetty sure there were dead people and treasure in them. Along with books of the dead, organs in jars, and man-sized traps designed to kill and trap looters

You are simply wrong on that point. Nothing has been found matching that description in any of the great pyramids.

That’s the problem. Lots of people are "pretty sure’ which tells me they never bothered to look it up for themselves.

Since you want a cite, here’s one: http://www.sciencealert.com/here-s-how-scientists-know-the-pyramids-were-built-to-store-pharaohs-not-grain

So you are disproving the grain theory. Great. All well and good but I don’t think they were granaries either.

Archaeologists have found funerary text inscriptions inside pyramid chambers built between 2375 and 2160 BCE, which serve the sole purpose of instructing the dead pharaoh’s soul how to cross over to the afterworld.

Those are not the great pyramids. They are smaller ones and the stuff they found was not inside them but rather below them in tombs they were built over. Tombs, I might add, that are like the rest of the tombs found and completely unlike the great pyramids.

But if you prefer, you can listen to this guy:

being a skeptic isn’t the same as believing unsubstantiated theory. I’ll leave that to you citing a zoologist on matter of Egyptology.

Nothing has been found matching that description in any of the great pyramids.

So you’re being specific about the Great Pyramids, and not the pyramids in general, I see. Based on the historical context, I find other theories to be strange, not justified by the evidence, and frankly based on the manner in which pyramids were traditionally used, this is the most likely scenario. There are a lot of tombs where there is no treasure and no bodies. Absolutely zero pyramids were not looted at some point. That’s what made the Tutankhamen find so stunning, it’s completeness.

Also there is a sarcophagus in the Great Pyramid. I doubt it was being used as a beer cooler.

I’ll leave that to you citing a zoologist on matter of Egyptology.

Oh! So the consensus among Egyptologists is that it wasn’t a tomb then! Well… boy is my face red.