Is he in a twitter war with Time yet…'cause FUN!

Not that it was terribly difficult to predict, but Toysmith pretty much nailed it with their melting putty politicians:
https://www.youtube.com/watch?v=I93yRRXAJL4 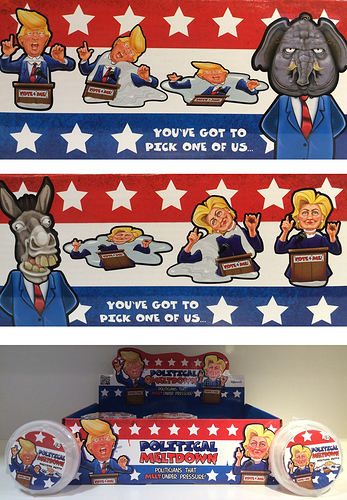 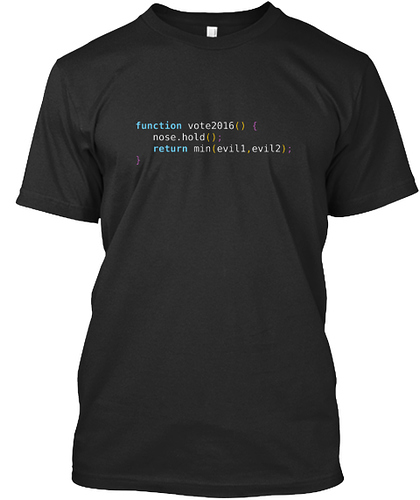 Limited time offer: Support Techdirt and get a Vote2016() t-shirt or hoodie! Yesterday, we launched our latest t-shirt/hoodie on Teespring: a common sentiment about the 2016 election expressed in code: It's only available until...

Trump wouldn’t have to lash out at everybody if everybody would stop saying such mean things about him! Why, this one time, a reporter even quoted him! I know! Is it any wonder he keeps them in a pen off to the side of his rallies? Can you blame him for constantly blaming them for his words appearing in the media? I know I can’t. I’d do the same thing in his position. It’s a good thing he’s so tremendously great, or he’d have never gotten this far.*

This is a bona fide grab from the bottom of the screen. This story shows up twice in the top five.

Trump would probably call that a sign of success.

I would have went with this image, but still the artistic choice they went with for the cover is very strong 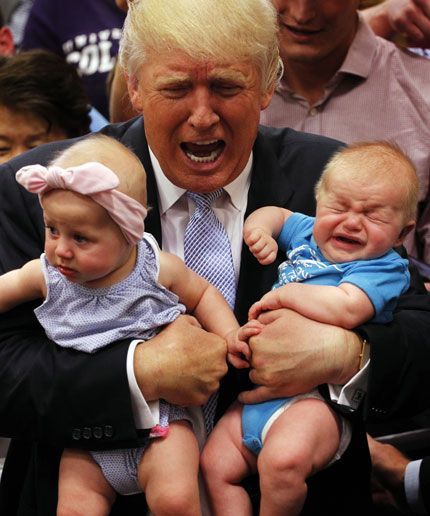 Prediction: Trump claims Time has an obvious pro-Hillary bias, because her emails or the Benghazi lawsuit should be on the front cover. And also, “I’m not in a meltdown, I’m winning!”

Jesus, I knew he was having a bad couple of weeks but I hadn’t realized he was taking hostages. 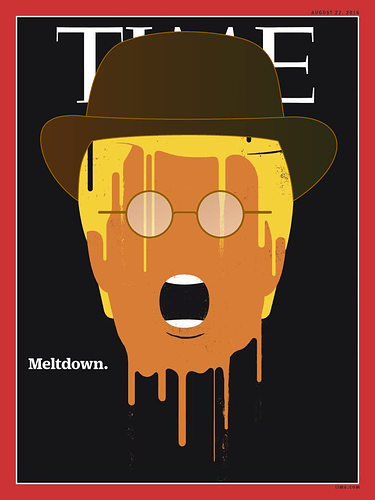 I did Nazi that until you pointed it out. 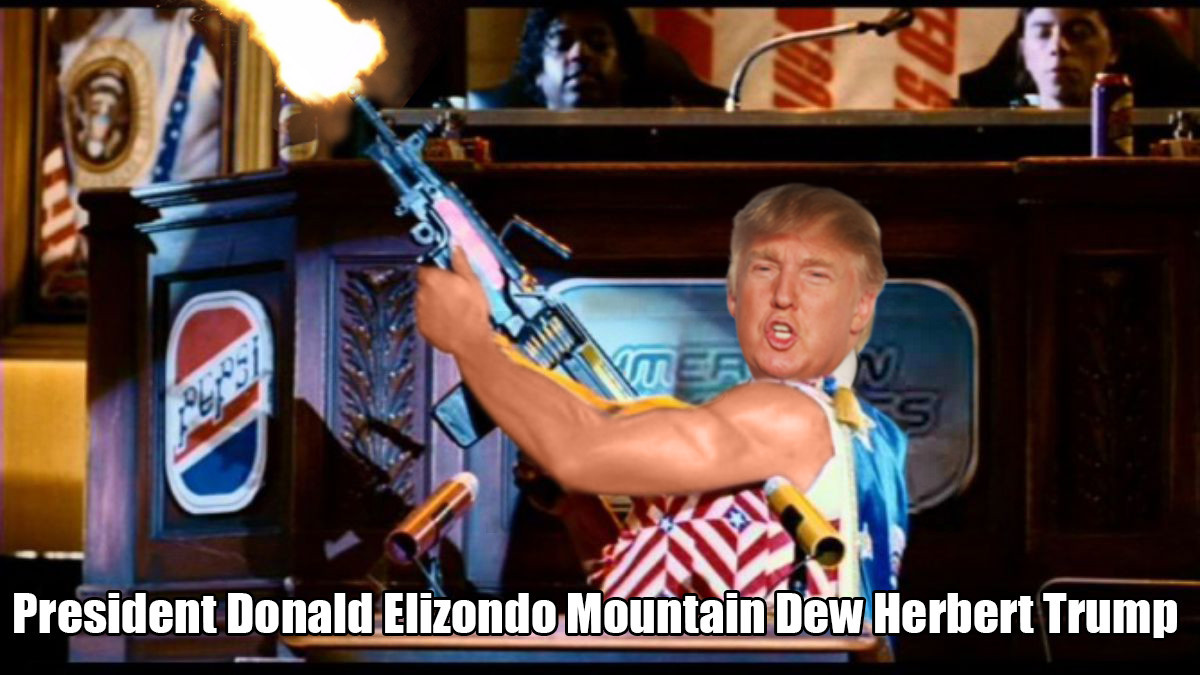 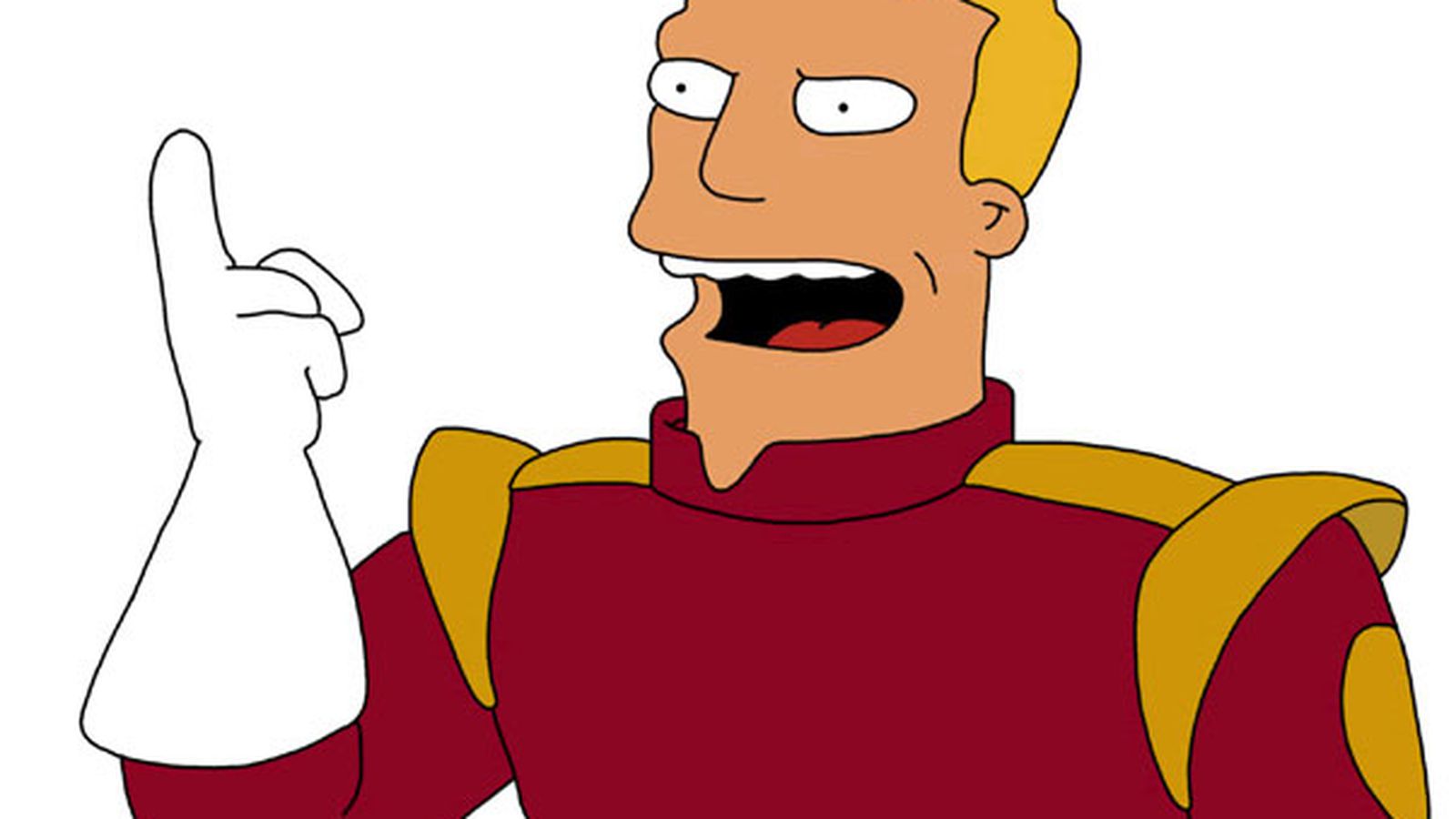 Billy West, who voiced Philip J. Fry, Professor Farnsworth, and Dr. Zoidberg and a bunch of other characters on Futurama, has begun recording himself parroting Donald Trump’s words as the cartoon’s...

Billy West, who voiced Philip J. Fry, Professor Farnsworth, and Dr. Zoidberg and a bunch of other characters on Futurama, has begun recording himself parroting Donald Trump’s words as the cartoon’s egomaniacal space captain, Zapp Brannigan. West has uploading the clips on Twitter under the hashtag #MakeAmericaBrannigan. 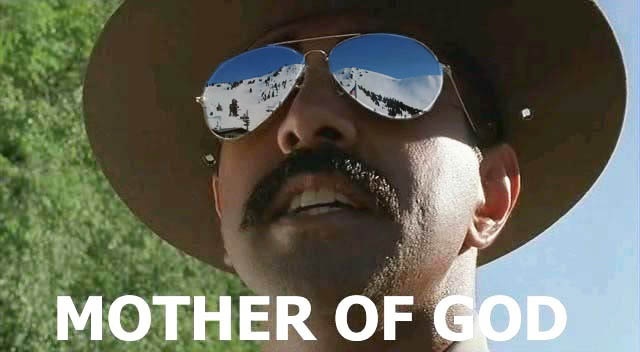 That is the best execution of a Trump and/or Futurama meme I’ve seen to date.

I can’t wait to see what he does after he loses… suicide? What do the Vegas oddsmakers say?

The scary part is that however much his instability is hurting him, it’s not hurting him anywhere /near/ as much as it should. The number of citizens who’ve bought into his lunacy is terrifying.