New to RSS, what else can I do?

The size and amount of the sponsored posts this weekend gave me the motivation to try the RSS reader.

I think I like it so far, but what else can I do with it? Tips or tricks?
Anyone care to recommend other sites that they find works well with an RSS reader?

Lots of stuff. My podcasts all go through one…
Though for BoingBoing proper I tend to read/click through to the main site from here 99% of the time.

Podcasts… looks like it just takes you to the pc’s standard webpage, like not much more than a bookmark manager? Or am I RSSing wrong?

What are you using? I just use feedly as theoldreader got frustrating.

feeder.co, no reason other than it was the first chrome plugin I came across. Should there be a way for it to download and play my podcasts, like a podcast player does?

It’s nice to have an experienced tutor show me a few things, rather than me spend the next hour trying to figure it all out. Thanks for your help!

I don’t even use the feedly plugin just the website.
It will link to the podcast and I either download them to my PC or just play them in chrome depending on my mood.
I don’t listen to them with my phone/tablet and I only just got a proper modern smart phone gadget thing recently so I am not where I wanna do a lot of internet things on it plus tiny screen

I primarily listen to podcasts in my car via phone and I don’t think that will change much, but I do like learning about my options. Thanks!

Here is what feedly looks like to me via chrome…

Mike the mad biologist has good political and science posts… I try to only subscribe to sites that don’t have too much of a firehose of info (but fail horribly). 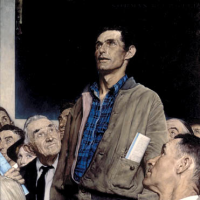 I’m still on theoldreader, but most of the folks i followed on there moved to inoreader – I’ll do it one of these days.

Late to this party, but I also use Feedly.

A handy thing to do if you’re a cable cutter is to go to your favorite torrent site and grab the RSS URLs for the categories you like.

I get TV torrents in my RSS and pick and choose the ones the wife might like to watch with me. BBC shows that don’t air in the US are popular with us.

BBC shows that don’t air in the US are popular with us.

@JemmieDuffs and I have been enjoying the current 8 Out Of 10 Cats does countdown the summer filler series of Big Fat Quiz Of Everything and Only Connect.

I’m gonna look at that, thanks for the tip!

Make sure the offspring are not around depending on how fucking language is allowed in the house.

We’re pretty fucking loose with that stuff, as the kids are teens and we don’t believe in magic words. But it’s a warning well meant and received.

(And some situations transcend language when you’re sitting in the room with your kids, natch.)

To get back OT, I used GoogleReader for ages until they shut it down. I killed my G+ account in retaliation, with a note.

After that I tried a couple of different readers. I was on TheOldReader for a time, but so is my nutty brother and ThatEscalatedQuickly.gif.

In the heyday of RSS I pulled a couple hundred feeds habitually, but the nature of available feeds has changed. Blogs and other news sources still come and go and I periodically purge feeds that haven’t had posts in 100 days or more.

If anyone cares, I’d be happy to list a few recommended feeds for a beginning RSSer.

I’ve been enjoying BBC’s “University Challenge” as well. Eventually I’m going to use for an avatar Jeremy Paxman’s reaction to a contestant’s guess of “Cole Porter” as composer of a Bo Diddley track.

This topic was automatically closed after 173 days. New replies are no longer allowed.