New trailer for the forthcoming D&D movie, Honor Among Thieves

It’s a very strange, mostly intentionally funny, movie. Plus you get a very young Hugh Grant and Peter Capaldi! It may be Ken Russel’s most accessable film.

I’ll always be on board for a dour and humorless paladin who probably develops the ability to laugh as the story progresses.

Will prob watch it, but wont be going the cinema to see it, as it will be full of kids who talk all the way threw it and play on their phones, the cinema is just dead to me these days.

Admittedly, I was dreading going to see That time I was reincarnated as a Slime the Movie: Scarlet Bond (Yes, that’s the entire title!) for the same reasons; Imagine my shock when the theater was practically empty and everyone was quiet and respectful. (Then again, It is a niche movie on it’s release weekend, and it was the subbed version, so that might be a limiting factor there.)

I would guess the fact it was in jp was enough to put most off, but for £12 or £15 i am not paying to have it ruined by kids.

I’m going to say it: this isn’t a real D&D movie. A real D&D movie would be two hours of characters arguing about opening a door.

Seriously though, can’t really complain about D&D becoming a pop-culture phenomenon with a breezy, light-hearted pop-culture movie. Sure, they could have made a grim, serious, Conan-esque fantasy movie based on some D&D source material, and that would also be a D&D movie of a different sort. But the tone here is appropriate for a D&D game - a bunch of fuck-ups frequently being goofy, and if you’re going to make a movie specifically on a game (and not some fantasy literature), it might as well reflect the game itself. There’s plenty of great fantasy novels that could be adapted into more serious movies and tv shows.

Thank you! I have been waiting for the perfect opportunity to deploy this quote by Hugh Grant about what attracted him to the movie!

“I think maybe what I responded to most in their script was that it’s about losers. This little band of comrades, they’re all a bit crap,” said Grant…“And I responded to that loser-ish thing about this little band. Maybe that’s an English predilection. We love a loser.”

I’d even say that there’s a special type of loserdom inherent in the basic DNA of D&D (and other RPGs) that you don’t get from literary narratives. It’s because there’s this fundamental disconnect between the characters and players, plus all the random elements that get interpreted by GMs in whatever way amuses them. The end result is often a hilarious incongruity between the superhumanly-competent and heroic characters and their actual actions, which are often… neither of those things.

I very much want a scene wherein the rogue argues aggressively about why and how he is carrying the ten foot pole and should not have to leave it behind for reasons of “encumbrance” or “realism.” That’s a character beat that speaks to me as a gamer.

But seriously, I expected that when I went to see Wakanda Forever in the theater and was happily surprised there was none of that.

A real D&D movie would be two hours of characters arguing about opening a door.

That’s in the director’s cut.

Suprised wakonda was not teenager busy, but then whos got the cash, i know loads of people from the music scene, whoe like me have stopped going to gigs all over the uk, as hotels just cost to much and are now just doing ones where you can get the train there and back, i know one venu that now starts at 2pm till like 5pm and is done by 9pm or 10, so every one can last train it. 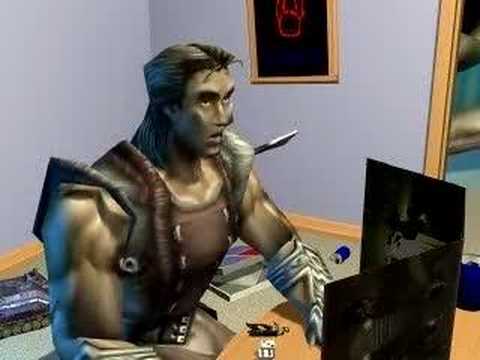