Oh come on! “Who needs heroes when you can have thieves”?

It’s an advertisement for the Republicans!

It actually doesn’t look terrible, unlike that last DnD movie. Popcorn entertainment at least, if the movie bears out from the trailer. Not sure it’s enough to get me to movie theaters, but I look forward to seeing it on streaming. 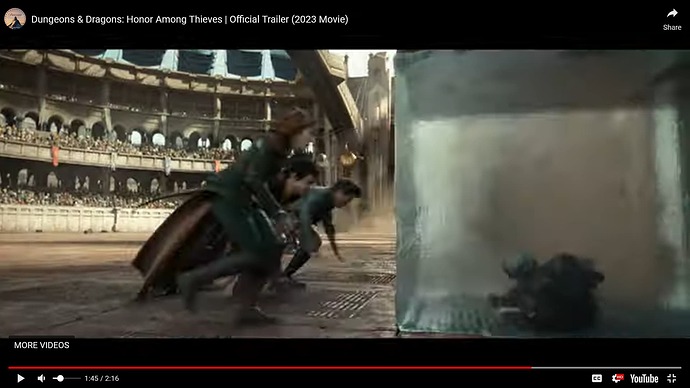 I think any D&D movie written by people who have actually seen a Monster Manual is probably worth watching.

they used the wrong Zeppelin song in my opinion, but i know they are going for high energy, not sword-and-sorcery imagery. looks like a fun popcorn chewer to me. my double-take moment was the “wait, is she an OWLBEAR??” and the gelatinous cube. this old-school D&D fan is pleased.

Yeah, I have no idea why one would dive into a cube, tho’. Guess I’ll have to watch to find out…

But they do hit all of the OG monsters: displacer, owlbear, cube, mimic. And there is nothing wrong with entering “owlbear” into popular vernacular.

Although I am holding out for a bulette and the inevitable argument between the characters about pronunciation.

What is this weird feeling…seeing a D&D movie snippet and expecting it might be good?! I need to check to be sure I didn’t just fail a WIS roll.

Welp. me and the D&D obsessed 12 year old have some plans. Hope it actually comes out before his voice drops.

That looks surprisingly enjoyable. Made me think of the John Rogers’ comics, which have a similar tone and punch way above the level an official tie-in comic strictly requires:

Guardians of the Galaxy 3 is taking some weird turns.

Like everyone else I was genuinely surprised that this trailer made the movie look legitimately good. As though some actual effort had been put into the writing, casting and direction. All previous D&D film attempts have been B-grade campy slop at best. This one looks like it could actually be worth watching.

I have no idea why one would dive into a cube, tho’. Guess I’ll have to watch to find out…

They jump into the cube to avoid the displacer beast. That actually seems like some classic PC logic to me.

I’ve been following this for awhile and am really looking forward to it. It’s written by the guys who wrote Spider-man: Homecoming and directed Game Night. It’s got a decent cast. These early VFX look decent. Can’t wait for March 2023.

A goofball heist movie isn’t too far off from the typical D&D game I’ve played in.

Seems legit. I mean, you can’t really be sure where a displacer beast actually is, but you can be pretty sure it isn’t inside the gelatinous cube.

Ha true.
Out of the frying pan and into the corrosive dungeon housekeeping

I’m sure the title has nothing to do with this AD&D DMG illustration: 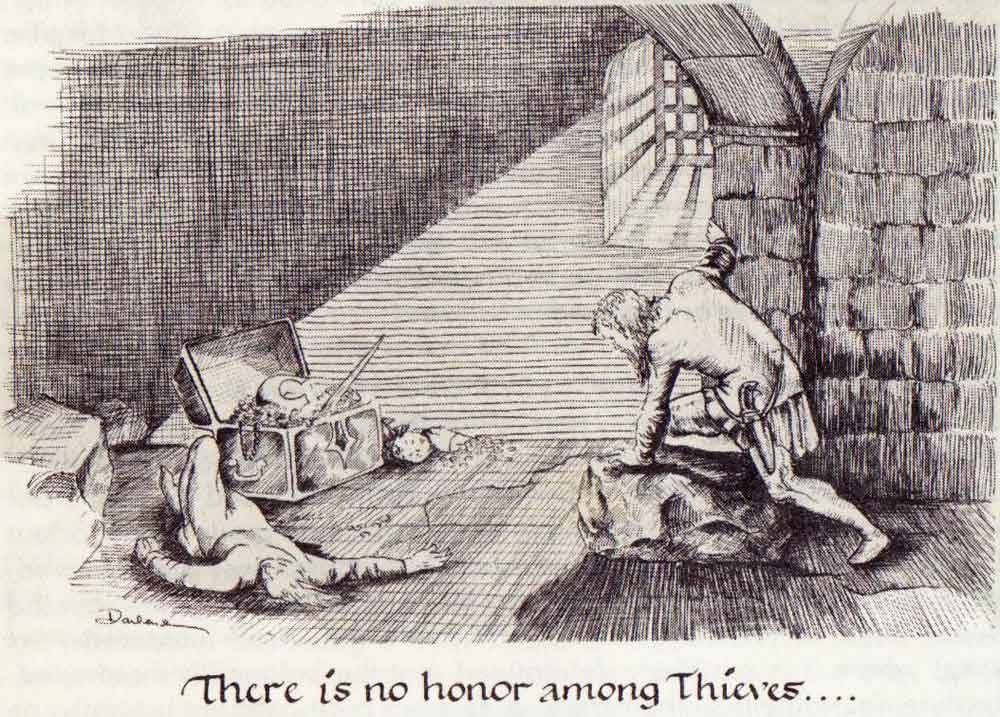 Displacers, and gel cubes, and mimics, oh my!

This movie might be junk food, but it looks like it actually cares enough about D&D lore that it will be a lot of fun.

The owlbear sold me. I’m in.