New trailer for the forthcoming D&D movie, Honor Among Thieves

It’s been suggested part of the kerfuffle is trying to lock down ownership of mimics, owlbears and such, so that there’s no questions on ownership when they make Owlbears, the Movie, or similar.

Inverse movie trailer theorem: The maximum possible quality of a movie is in inverse proportion to the time between the first release of a trailer and it’s eventual release date. 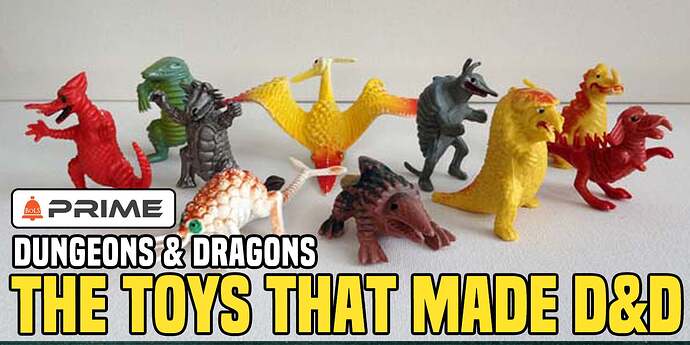 Some of D&D’s most iconic monsters: the owlbear, the rust monster, the umber hulk, and the bulette, began life as plastic toys. The life of D&D is a strange one indeed. Most people think it starts in 1974, but where does it really begin? Does...

I look forward to watching on home video and being at least mildly entertained.

“I don’t want to see you die…so I’m going to leave the room,” is a great line.

It looks remarkably stupid. I think I will really enjoy watching it when it comes to streaming

I’ve watched Deadpool, The Suicide Squad, and A-Team more times than I could count. None of them are award worthy. A-Team is barely a movie. But they’re great to sit on the couch and turn your brain off.

I agree with the above sentiments, this looks like it’s going to have just the right amount of intentional stupidity to make it watchable. It really feels like they’re attempting the same tone as the most recent Thor movies or Guardians of the Galaxy. I can get behind that.

6 Likes
The trailer for Dungeons & Dragons: Honor Among Thieves looks like the MCU is the DM
Bonivus_elderheart January 24, 2023, 9:29pm #10

PLUS Many; You can add the utterly terrible Street FIghter to that list. (I only have it because of the scenery devastation by Raul Julia in his final role. (His scenes are what made the movie even worth watching, TBH.)

As for this movie, I’m likely to go and see it, if only to see if they’ve made an actual Movie That Doesn’t Entirely Suck, which would be surprising considering previous attempts to make a D&D themed movie. (and if not, I’m going with friends, so we can just roast it together.

Oh yes, Street Fighter is there too. Without Raul, that movie is beyond forgettable, but he eats the scenery and it’s awesome

Other favorites I can happily recommend:

Lair of the White Worm

That movie. I love everything about it.

Why do some people always undervalue fun. Considering the days of quiet desperation that most people live, fun is one of the most valuable things we have.

I’ve never heard Whole Lotta Love at half speed. I recommend it. If you want a laugh, try the trailer at 0.75 playback speed. Everyone sounds drunk.

Everyone knows that movies aren’t for fun! It’s for ART not FUN! You don’t get to have fun when you’re an adult! All we consume must be weighty and intellectually stimulating! /s

Yes, it looks like a whole lot of fun. I’ll probably see it in a theater soon after release.

Will prob watch it, but wont be going the cinema to see it, as it will be full of kids who talk all the way threw it and play on their phones, the cinema is just dead to me these days.

must be weighty and intellectually stimulating! /s

Never heard of this one…I am adding it to my viewing list based on the recommendation.