New trend in US: naming your baby after a weapon or act of violence

Naming your son Magnum really seems to be setting them up for disappointment if they can’t deliver on the name.

Okay, but it’ll look pretty stupid (i.e., “not awesome”) if she grows up to be an actuary that never leaves her house.

Is this really a new trend? Someone named their kid Machete like 40 some years ago. 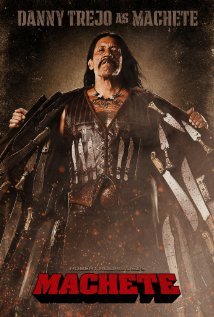 to eat things that would make a billy goat puke

Ha! Off topic, I don’t know why I always remember that one line from that movie, guess I thought it was kinda funny!

At least he was good at math.

Laugha while you can monkey boy

Gonna have to name my next kid Mister Wizard Rkt88edmo now.

The girls now have a little brother, Emilio Lizardo! We think he will go on to great things in science!

History is made at night! Character is what you are in the dark!

Oh wait - I just saw joke about unusual names. You geeks should like this:

Well in that case, meet my future children, Wedgy, Noogie and our youngest, Wet Willy.

I’m here to point out that all the hypocrite seekers have their sensors too finely tuned. There is no disapproval, only statement, in the BB post.

Aside, why would anyone name their kid Rambo? “Yeah baby, let’s do that, so maybe, maybe he can grow up to endure horrible suffering leaving him absolutely broken with nightmarish PTSD, all for effectively nothing…” ?

Anyway, Lulz at the plethora of modern day Wayne-names. I wonder if Dexter remains a popular baby name?

We’re done here folks, dude nailed it in one.

I can just about understand all of these names except “Arson”. Arson is a really, really bizarre thing to call a child. Does the word mean something else in some other language, perhaps? Or maybe it’s a misspelt version of something? It’s like calling your child Manslaughter or Negligent Homicide.

wtf I thought this was another article about Kurt Cobain’s childhood.

The thing is, “Rambo” is a last name, John Rambo, and it’s actually a real name, there are Rambo families in the US (I have a gospel LP by “The Singing Rambos” that I always got a kick out of.) Naming your child Rambo is like those Kuwatis that named their kids “Bush” after the first Gulf war.

If I’ve learned anything from “A Boy Named Sue” it’s that these kids are going to grow up to be timid wallflowers.

58 comments and not a single one points out that “Arrow” appears on the list twice? bb pedants, are you all asleep this fine Saturday morning?

58 comments and not a single one points out that “Arrow” appears on the list twice? bb pedants, are you all asleep this fine Saturday morning?

Maybe one is for a longbow, and the other for a crossbow?

Wouldn’t that be Bolt?