That’s because hyphens don’t cost any more than whitespace.

Sez you, you British ink-waster. All the ink wasted from those extra 'U’s just weren’t enough for you, were they?

Sez you, you British ink-waster. All the ink wasted from those extra 'U’s just weren’t enough for you, were they?

I have never been able to work those out myself. I guess in the distant past some type-maker found he had an extra supply of letter u from somewhere (not U as the extra ones all occur in mid-word) and bribed a king’s mistress or gentleman friend (if we’re talking Jameses) to get in an Act about spelling. Probably the same guy who had a surplus of b and so invented the words debt, debtor and so one.
I’m rambling. So what’s new? I have fine rambles. I have the best rambles. Anyway, what is Trump Foundation? Something women put on their faces to make them match his hair?

WTF is his problem with veterans? And why hasn’t his extreme level of disrespect for them and their families buried his chances by now?

I’d venture to call his supporters “deplorable”, but, you know…

His problem isn’t with veterans… It’s with loser* veterans.

*POWs; those physically and mentally scarred; those who say we don’t need more ships;

“That makes me smart” (and everyone else suckers.)

WTF is his problem with veterans?

Those guys have a long history of getting screwed over by Agent Orange.

Apparently he thinks he deserves a goddamn medal for facing down STDs in the 70s. Because disfiguring napalm burns have nothing on the Fire Down Below. Draft-Dodger Trump Said Sleeping Around Was My ‘Personal Vietnam’

In a 1997 Howard Stern interview, the future presidential candidate likened sleeping with multiple women to service in the war he repeatedly avoided.

I thought Trump was 4F because of stubby fingers (makes it hard to pull a trigger.)

I thought about what the Trump brand will mean after the election. While he enjoyed putting out suits, ties, steaks and other higher priced items with the Trump name, will he have to reinvent it afterwards? I doubt the Trump label will appeal to people with higher disposable incomes anymore.

Looking at his base, will we be seeing Trump pork rinds? Will Wall-Mart soon carry a Trump clothing line? Trump branded light beer may outsell Trump vodka.

I have a WWII vet acquaintance who’s voting for Trump. So far I’ve balked at asking him why but I still feel compelled to point out to him that it’s Clinton, not Trump, who has the endorsement of most of the top brass.

I believe it’s an influence from French. What with France being so close to England. And early American attempts to standardise American English were often focused on removing inefficiencies, needless flourishes etc. So they ditched the U’s. Then the U’s were considered un-American, so it fell out of fashion for common usage.

Trump Vodka: Because you’ll need it when he becomes president.

ooh, now THAT is an interesting thing to ponder. Walmart does need something to replace all that lost Duck Dynasty revenue.

And why hasn’t his extreme level of disrespect for them and their families buried his chances by now?

For the same reasons as why AWOL Vietnam dodger and obvious strategic disaster Shrub beat decorated veteran Kerry 4 to 1 amongst military voters.

The US military and police appear to self-select for far-right idiocy. Not universally, but to a very large degree.

The Us are, the stuff like debt is even worse: that was people thinking that our older, Germanic words need to sound fancier, so they literally just added extra letters to make it seem more French.

Much of the weird in English seems to come about that way.

" Hey! Our Germanic language should be more like Latin! Latin is classy!"

“Fuck you Greek is way classier!”

The novelty factor alone is worth a lot. 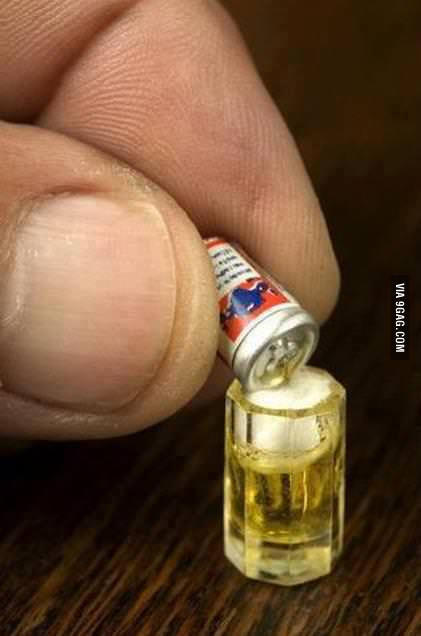