I’m a Canadian living in Japan and I keep getting donation appeals from him.

Trump radio. He’s going to start getting in on the resentment farming that FOX, Drudge, talk radio and others have been turning into profit and power.
I am not looking forward to this future. 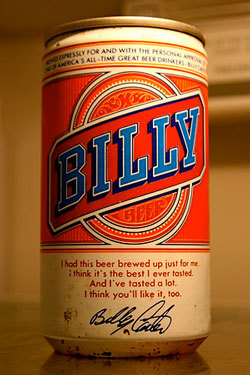 A Baby Guinness is a shooter, a style of cocktail, or mixed alcoholic beverage, intended to be consumed in one shot. A Baby Guinness contains no Guinness stout. Its name is derived from the fact that it is made in such a way as to look like a tiny glass of stout. A portion of coffee liqueur (e.g., Tia Maria, Kahlúa or Patrón Cafe) is topped by a layer of Irish Cream (e.g., Baileys) which is poured over the back of a spoon so that it sits on the coffee liqueur. The ratio of coffee liqueur to Iris... Licor 43 has created a shot that is equally eye catching, easy to build and insanely delicious. It’s the Licor 43 Mini Beer that tastes like a creamsicle.

Now he’s going to go after you for libel!

Personally, I hear that all of tRump’s appendages are YUUUUGE! (ha ha!)

Write a letter to the US Federal Elections Commission. Get that shit documented.

Write a letter to the US Federal Elections Commission. Get that shit documented.

Do you think that just forwarding the emails (including my reply requesting to be removed from the mailer as a non-US resident, non-US citizen,) and then the continuing email requests would do? I see what I can find for an address.

That page is the overview for submitting a complaint to the FEC when people running for office are acting illegally.

They might not even get back to you, but if tRump is prosecuted for his illegal campaigning your complaint could cost him a few million dollars, or lengthen his sentence.

Seriously, what he’s doing is sedition. And in a lot of other countries would easily qualify as treason.

thinking that our older, Germanic words

Other way round; the words that were changed were the ones originally Latin, e.g. honor, color, and they were not changed to be more French (honneur, couleur). Debt was a change to det, debtor to dettor, to make them more Latinate, but they were Latin to begin with.

There is one possibility for the honor/color thing, and that is that they represented local pronunciation. Received English didn’t really exist until the 19th century, with even the aristocracy having local accents. In Tennyson’s time stone and gone rhymed, and in some places probably rhymed with one. (Scots “ane”). Gold was pronounced “gould” in polite English.So it is possible that “color” had come to more or less rhyme with “flower”, for instance (comprehensible; in Russian, for instance, they are the same word)

Well, except those are admirals’ attorneys

Maybe. But I’m sure plenty of them were simply showing allegiance and taking a tax break. Now if that tax break were disallowed, THEN they’d be pissed.