If there were ever a true call for a Bruce Elliott version (nsfw) of a history painting then these events certainly make that call.

I’m sure Race(ist) Bannon was hoping for the Godwin version. You know with photoshop they could add that ever-so-stylish mustache…

Once the Trump camp starts passing out arm bands it is time to flee to Canada.

Does this mean that Bannon will be exiled on an island? I hope so.

It’s far to kind, that piece of shit is disgusting beyond compare.

Remember when having a portrait of yourself as Napoleon was a tell for moustache-twirling villainy in 'Myst'? https://t.co/4AxS7oazoJ 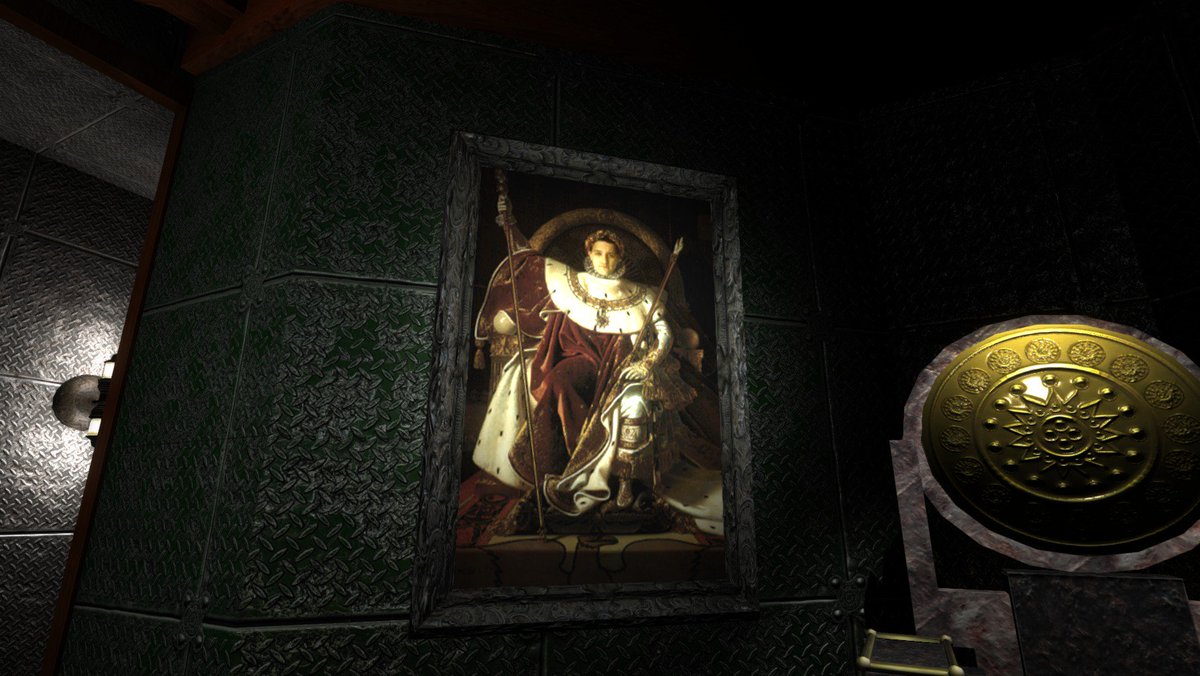 A painting in which Bannon is an Asshole.

So Farage gave Bannon a picture based on Napoleon 3 years before Waterloo. Hope we don’t have to wait 3 years for their & their pals Waterloo…

That’s not a painting, that’s a collage. Just sayin’.

Does this mean that Bannon will be exiled on an island?

Corsica is too good for him.

I can think of another famous painting by David that I would rather see with Bannon’s face.

(You can figure it out.)

Corsica is too good for him.

Elba (Italian: isola d'Elba, pronounced [ˈiːzola ˈdelba]; Latin: Ilva; Ancient Greek: Αἰθαλία, Aithalia) is a Mediterranean island in Tuscany, Italy, 10 kilometres (6.2 mi) from the coastal town of Piombino on the Italian mainland, and the largest island of the Tuscan Archipelago. It is also part of the Arcipelago Toscano National Park, and the third largest island in Italy, after Sicily and Sardinia. It is located in the Tyrrhenian Sea about 50 kilometres (30 mi) east of the French island of Th...

Saint Helena (/həˈliːnə/) is a British possession in the South Atlantic Ocean. It is a remote volcanic tropical island 1,950 kilometres (1,210 miles) west of the coast of south-western Africa, and 4,000 kilometres (2,500 mi) east of Rio de Janeiro in South America. It is one of three constituent parts of the British Overseas Territory of Saint Helena, Ascension and Tristan da Cunha. It measures about 16 by 8 kilometres (10 by 5 mi) and has a population of 4,439 per the 2021 census. It was nam...

There I go messing up the Napoleonic timeline again.

Anyhow, I wouldn’t wish Bannon on any inhabited island.

I have some nice green wallpaper for him.

Once the Trump camp starts passing out arm bands it is time to flee to Canada.

How about an uninhabited island (about to go under due to rising ocean levels)?

I hear Stac an Armin is just lovely at this time of the year. Stac an Armin (Scottish Gaelic: Stac an Àrmainn), based on the proper Scottish Gaelic spelling (formerly àrmuinn), is a sea stack in the St Kilda archipelago. It is 196 metres (643 ft.) tall, qualifying it as a Marilyn. It is the highest sea stack in Scotland and the British Isles. The name Stac an Armin means stack of the soldier/warrior, and evidence remains showing it was used by people living nearby as a hunting grounds. It is not believed to have been inhabited year round, but has hosted som...