Something our grandkids will not understand how we could have gone without.

Gyro and Shawarma have gained ground though they’re not yet ubiquitous. Poke is everywhere and it’s not clear to me if it’s a fad or here to stay.

In Europe there’s French Tacos (always plural for some reason). They’re like a cross between a quesadilla and a gyro.
They haven’t really crossed the ocean to NA yet, though there’s some specialty shops here and there that offer them, mostly in Canada.
I’m expecting those to get big, though possibly with a name change, in the next decade.

Whoa, that’s a blast from the past. I remember those pizza kits! I actually liked them as a kid, but no doubt part of that was simply not knowing any different.

I would guess that from now on it will be “everything”. Now that you can get everything everywhere, I think it’ll be individual taste for everyone and there won’t be such universal staples anymore.

The universal adoption of foods requires a degree of cultural isolation that doesn’t exist anymore. Kids have infinite choice on everything now, so each will go their own way and it won’t be one thing that catches on.

It seems strange that something as simple as a taco could trigger so much,

I heard from a Canadian, that they actually say, “a-boat”.

I remember those pizza kits!

I remember my brother (when a pre-teen) feeling very grown-up and cosmopolitan when he made himself a Sharwoods Curry with Crispy Noodles; which also can in kit form.

It was. Italian food in general was exotic in the 1950s at least in the Midwest in places without a large Italian immigrant population. Not just pizza but even things like spaghetti were things a lot of people never had. My dad (born in 1936) talks about his first experience with Italian food at a restaurant in the early 1950s and not knowing what any of the things were, much like people today going to a Cambodian or Laotian restaurant. 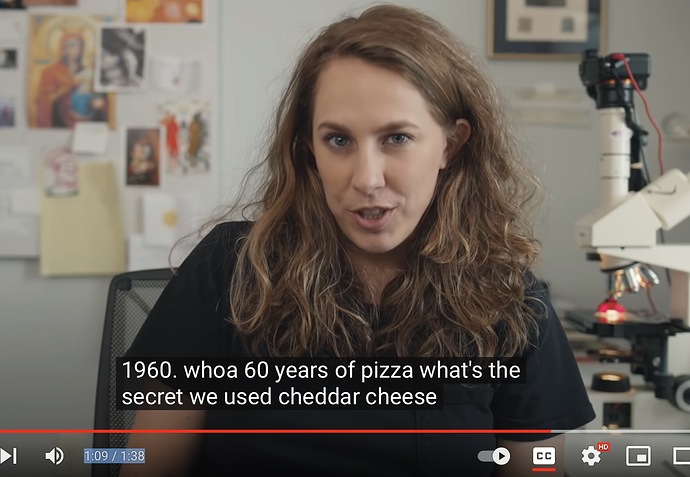 I had a wonderful time introducing a colleague from Nebraska to Italian food in the early 2000s. She was blown away by the flavor intensity and the different spices and herbs.

I still haven’t heard of pizza.

I heard from a Canadian, that they actually say, “a-boat”.

Correct. No idea where Americans got this “aboot” thing.

My mom described growing up having never eaten a taco, but always wondering what they were like, watching the Brady Bunch (set in the southwest) talk about “hey let’s go get some tacos.”

Strange for me now to think that I’ve never had Sushi growing up, since it’s so not hard to find now.

Well shoot, this Thursday I’ll be sure to ask my grandmother about her first pizza experience!

If I had to wager, probably something like Bao. It has pockets of popularity, a growing immigrant base to keep it popular, and converts well to terrible frozen or fast food versions. Over the course of my lifetime it has gone from something you would largely only find in neighborhoods with a high immigrant population to a frozen thing at big box stores. It would only take a small step to have a fast food chain version and it would probably be anchored forever as a staple food.

Correct. No idea where Americans got this “aboot” thing.

It’s weird to read about things that are now seen as quintessentially American, but only became popular in the US quite recently, often in the mid 20th century. It’s doubly true with foods, whose initial invention is often more recent than you’d think, even with “traditional” American dishes. (Unlike other countries, where traditional foods usually are based on actual traditions…) There are a few American dishes that are incredibly old (predating the country itself by some centuries), but the rest are like post-1920s, coming out of “women’s magazines” and prepared food companies.

My experience seems so radically different than others here. I was practically raised on pizza/Italian food in the extreme northern Chicago suburbs back in the '50s. No shortage of Italian spots close to the family business and extending out into the flatlands N&W.

Chicago isn’t the Midwest even it is located in it. It has had a large Italian presence for over a century for good (food and culture) and bad (the Mafia including Al Capone and company). The rest of the Midwest is primarily German and Scandinavian in origin.

Family lore records that the first time my Jewish dad-to-be had dinner with my mother’s Italian parents, he put ketchup on the pasta. Family lore does not record how he survived the night.

[Detroit has entered the chat]

Well, that CERTAINLY can be in the Midwest, what with it being a Black majority city… /s