This reminds me a bit of John Waters’ ‘Desperate Living’, when Queen Carlotta proclaims Backwards Day, with everyone having to walk backwards and wear their clothing backwards.

Kim Jong Il should be careful, lest he meet the same end as Queen Carlotta… 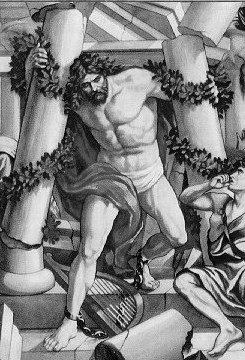 You know honestly this really doesn’t sound that insane if North Korea has some type of mandatory military service requirement for roughly all college age males.

If this is an attempt to create a large number of ‘body doubles’ to foil would-be assassins, it’s destined to fail: the average North Korean student probably isn’t quite as porky as the Young Leader.

Sounds like a little Caligula. That didn’t end well for him.

He has murdered his uncle and had a former girl friend put in a labor camp.

The murder of the uncle seems to have followed China getting worried about the situation in North Korea and urging reforms through the uncle. Murdering him was a way of showing China the finger.

I think it is a question of when not if the Chinese govt. decide to have the little squirt liquidated.

So, you are living in a dream-world then?

Why, do they all have access to the original source? It would not be the first time that a politician is interpreted creatively in translation.

Yep, dreamt up by Fox News.

Absolute power corrupting absolutely is by no means a Korean specific story. I believe it’s a dismal tragic story of a country starving under a despot more than a source of amusement. Here’s the country’s site, read the biography of the leadership, translated into English by North Koreans. Unless you think it’s a spoof site. The site also mentions the absolute freedoms affored all Koreans, including freedom of the press and religion, this seems to be counter to the reality stated by people who’ve left the regime.
http://www.korea-dpr.com/biography.html
Here’s info on their apparently fictional space program:

The Kwangmyŏngsŏng programme is a class of experimental satellites developed by North Korea. The name Kwangmyŏngsŏng ("Bright Star" or "Brilliant Star" in Korean) is from a poem written by Kim Il-sung. The first class of satellites built by North Korea, the program started in the mid-1980s. There have been five launches so far, of which two have been successful. According to North Korea Academy of Science's Academician Kwon Tong-hwa, the SLV was developed in the 1980s when late leader Kim Il-su...


It’s deeply creepy. To suggest “No Westerners speak Koreans, so they’re putting one over on Western media” is kind of a bizarre statement for someone like myself who’s known dozens of korean speaking colleagues and friends over the years, I’ve heard it’s an easier language to learn than Mandarin. There are also Korean sections in major US cities with a lot of Korean signage.
1 Like
incarnedine_v March 27, 2014, 2:55pm #33

Man it must be easy as hell to make up news about North Korea, people will believe anything about them.

How many University students does North Korea have? Is this a case where the only university is basically an arm of the military and he’s just changing the mandatory hairstyle they already had?

One doesn’t normally associate North Korea with high levels of education in the populace. I would think only party officials send their kids to University.

Much of what we know about Caligula was from Suetonius’ The Twleve Caesars, which delights in recording the most titillating “facts” and rumors so maybe he was just a swell guy, just like Kim Jong Uns. There was a rumor that Tiberius picked Caligula as his successor so that he would look good by comparison (Claudius may have chosen Nero for the same reason.). I am sure that the North Koreans miss the good old days of Kim Jong-Il

This seems like a really unfortunate idea, Because he is not terribly attractive person and having millions of other people with the exact same haircut will just emphasize how unattractive he is through comparison.

Westerners? Let’s start with virtually all South Koreans and work from there. Or are the literacy skills and/or motivations of South Koreans also suspect?

Nero might not have been anything like what his later biographers claimed. He was the last of his dynasty and the succeeding line had had a major part in his removal. Most of the surviving texts were preserved by Christian monks who had agendas of their own.

Quite possibly Nero just lost the confidence of the Senate because he lost territory on two fronts and was seen as weak and incompetent. They don’t like Nero because of the presumed execution of Paul and Peter under his rule.

Nero certainly had some role in the start of the Jewish war. He might well have ignited the revolt with his punishment of Jewish ‘Chrestians’ reported by Josephus which Christian authors subsequently claimed as a misspelling of Christian. There are other references to a Chrestus who was one of the leaders of a zealot faction that does not fit the accepted Jesus chronology (if he existed at all).

At least neither of those had nuclear weapons.

David Guttenfeder, a photographer working for the AP in Asia, says: “In the past, we’ve read some misinformation that there are strict policies on what type of hairstyles are allowed in North Korea. These examples are just example choices and customers can ask for something different if they like. We’ve noticed a lot of changes in styles recently, especially shorter hair made popular by the leader Kim Jong Un’s wife and others.”

For some reason, all that came to my mind was that 80s video of Grace Jones performing The Police’s, “Demolition Man.”

I agree very much with what you say, and please don’t misunderstand my post as a defence of North Korea. I know nothing about the country, and very little that I have read comes from a source that I’d consider impartial enough to trust. However your statement doesn’t quite address my point, which is that it’s easy to misrepresent someone if they’re speaking a less-widely known language. Iranians know the score. It is of course North Korea’s weakness, to a great extent. Part of the problem of running an obviously tightly-controlled state media machine for propaganda purposes is that it becomes easy for other countries to propagandise about you, too, since your own sources are obviously tainted. However the looney-tunes pattern of news coverage we see is too idiotic to be credible, and this arouses my suspicions - since the people we are talking about are smart enough to end up governing a country and defying the will of the most powerful nations on the planet - it doesn’t seem plausible that they’d be stupid enough to think we’d believe their stories about world-record rounds of golf or discovering unicorn lairs - nor does it seem likely that they’d actually give that much of a shit about hairstyles.