I often get a new haircut when I’ve got something to celebrate. http://www.telegraph.co.uk/news/worldnews/asia/northkorea/11422270/North-Korea-food-production-improves-slightly.html 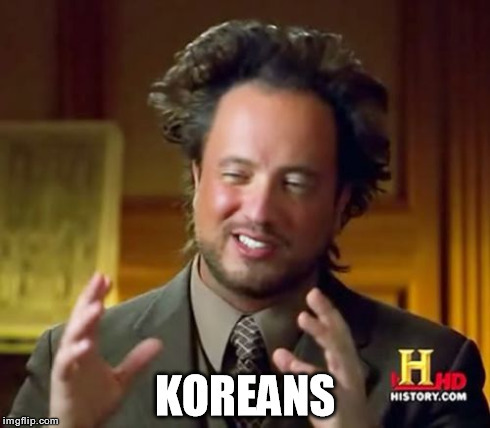 I just want to know what product(s) he uses to keep his hair so… gravity-defiant.

Seems the man is trying to disguise the ball like quality of his head.

Unfortunately, this attention will probably result in the execution of the hairstylist that talked him into it.

Kim Jong Un is no Vir, though. North Korea should be so lucky.

He wants people to think he is ridiculous. But his power over North Korea isn’t ridiculous or silly. It’s serious. And it’s terrible.

But ha ha ha so funny! So funny. People are tortured and killed and kept in the dark ages but HA HA his hair is funny.

Does the poor little toad not have access to any mirrors?

Precisely. Londo, sure, but certainly no Vir. “What do you want?”

Precisely. Londo, sure, but certainly no Vir.

I dunno - Londo actually had his people’s best interests at heart. Kim Jong Un seems a lot more like Emperor Cartagia to me…

He wants people to think he is ridiculous.

And I’d chalk the whole thing up to his fetish with the NBA if it weren’t for the fact that his father had pretty much the same taste in hairstyles, and as far as I know he didn’t have a thing for NBA fashions:

Maybe the son is just trying to convey a continuity with his father?

What happened to all those reports that he was deathly sick and all but deposed?

The North Korean military still needs a puppet with links to Kim Il-Sung?

Except no one ever talks about the N. Korea atrocities, but everyone talks about his hair. How convenient. And irrelevant.

Coincidence or not that you used the scene where Vir is describing Centauri copulation procedures?

Maybe the son is just trying to convey a continuity with his father?

I had read (can’t remember where) that he’s trying to emulate his grandfather, who had a similar haircut (though I don’t remember this in the few pictures I’ve seen of him).

But as for what @Marilove’s saying; the guy who came up with the North Korean Markov-chain generator was trying to make a point: we don’t make these kinds of jokes about ISIS, or Assad, or Mugabe etc. Granted, they’re less buffoonish. Ahmajenidad was quite a buffoon; at the time I remember thinking that he and W. were nothing without each other but I don’t remember Kim Jong Un-esque humor about him.

I do recall MAD making a joke, in 1980, about Idi Amin – in fact, that’s how I first heard of him in the first place – although the joke was about how violent he was, not about how much of a buffoon he was.

I have been biting my tongue for a while now, but it’s nice to hear Mark joke about his own hair.