Coincidence or not that you used the scene where Vir is describing Centauri copulation procedures?

Do you suppose lil’ Kim is hiding a half-dozen prehensile—ah, appendages—under that shirt? 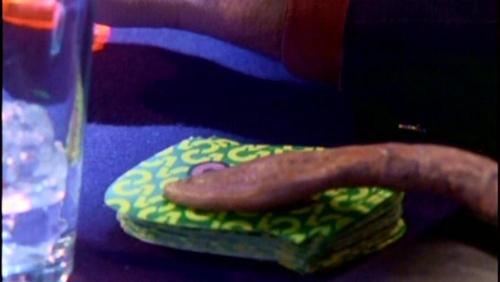 But as for what @Marilove’s saying; the guy who came up with the North Korean Markov-chain generator was trying to make a point: we don’t make these kinds of jokes about ISIS, or Assad, or Mugabe etc.

Its a good point. But places like BoingBoing making fun of him don’t really strike me as that significant, since a good part of their mission is to make fun of things like this. I’m a daily reader of the New York Times, and I don’t think I’ve ever detected them so much as smirking in his direction.

I do recall MAD making a joke, in 1980, about Idi Amin – in fact, that’s how I first heard of him in the first place

Ha me too, except for me it was a Saturday Night Live skit:

Pyongyang, 25 June (KCNA) — The spokesman for the Foreign Ministry of DPRK released the following statement:

The enemies have gone beyond the tolerance limit in their despicable moves to dare hurt the dignity of the supreme leadership of DPRK.

Frauenfelder has gone reckless in such provocative hysteria as to dare to hurt the dignity of the supreme leadership of DPRK. This act of not fearing any punishment from Heaven is touching off the towering hatred and wrath of the service personnel and people of DPRK.

The above-said practice is, however, a revelation of his fear, as he is taken aback by the bright and rosy future of DPRK under the leadership of the peerless great man and a last-ditch effort of those who are seized by a daydream.

The dignified and worthwhile life that the Korean people enjoy at present and the great hairstyles in the country, as well as everything valuable that will belong to the rosy future when the dreams and ideals of the people will come true, would be unthinkable apart from the supreme leadership of DPRK.

That is why they regard the supreme leadership as dearer than their own lives.

To achieve what he is achieving requires massive amounts of blowdrying, styling gel, and socialism.

Hmmmm, either/or at this point. Do you think they might use the same product?

I wonder if got2b glued is on the banned-import list… (I actually asked Mark what he uses!)

He did disappear for a while because of health reasons (he used a cane when he reappeared), but everything else is guesses and stories. Like most of what is reported about the North Korean government.

I wonder why they do this, some kind of social sign it seems. I mean, their haircuts are universally bad, right? Like if they had a giant mole on their face? Kind of like how we outsiders see their society and “his” role?

North Korea is interesting in a sense, that it is almost like a slice of the worst of the old days contained, almost safely contained, for continued comment… though at the price, of course, of all the people who live there.

“What do you want, you moon-faced assassin of joy?”

He wants people to think he is ridiculous. But his power over North Korea isn’t ridiculous or silly. It’s serious. And it’s terrible.

The consensus of people who spend more than a few minutes per day wringing their hands about North Korea is that he, personally, is essentially the prisoner of his military. His grandfather was the strongman, and his father had some credibility as the guy personally groomed by the strongman. This guy, who came on the scene when his father was already half-cracked, is just a necessary fiction and, sad though his situation may be, he does not personally deserve our sober regard.

[quote=“marilove, post:17, topic:52275, full:true”]Except no one ever talks about the N. Korea atrocities, but everyone talks about his hair. How convenient. And irrelevant.[/quote]I think it’s because by this point in everyone’s minds “North Korea” = “batshit insane totalitarian nightmare”.

It’s like saying when we dig up information about Nazi’s acting weird that we’re ignoring their genocidal tendencies; we’re ignoring them in the story only because “Nazis = bad” is so obvious to everyone at this point that it doesn’t even need saying anymore. It’s the same thing here.

Hmmm noted but then…

All right. Fine! You really want to know what I want? You really want to know the truth? I want my people to reclaim their rightful place in the galaxy. I want to see the Centauri stretch forth their hand again, and command the stars! I-I want a rebirth of glory, a renaissance of power. I want to stop running through my life like a man late for an appointment, afraid to- to look back, or to look forward. I want us to be what we used to BE! I want…I want it all back, the way that it was! Does that answer your question?

Would that he could.

Yes, but he’s talking about the whole of his people there. He doesn’t even care for power himself, and throughout the series whenever atrocities are seen he is horrified by them, not the one suggesting them or controlling them. Londo’s entire character arc is a story of a man trapped by circumstances and power, who increasingly wants nothing more than to escape it. Compare that to Cartagia / Kim Jong Un - both are narcissistic madmen obsessed with being worshiped by the masses.

I’d like to live just long enough to be there when they cut off your head and stick it on a pike as a warning to the next ten generations that some favors come with too high a price. I would look up into your lifeless eyes and wave, like this [smiles and waves fingers].

Narcissism so lonely so live by the sea. You’re right of course, londo is someone with power thrust upon him although little kimmy jong has more propaganda surrounding him than the earth alliance…trying to understand a tyrant through the lens of a fictional space opera. What’s that about art being the lie that helps us understand the truth? 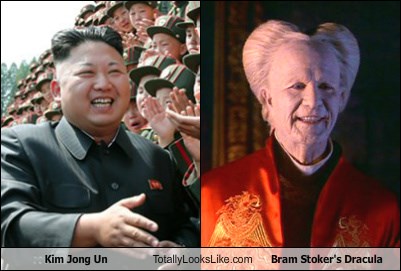 This is just like his previous haircut, only longer.

Maybe we’d take it all more seriously if he scolded us in a blog’s comment section.