Linking the CNN story, to avoid paywall. Fox is portraying this as “Comey’s Revenge,” despite the notes dating back to February. AP is separately reporting a memo from January noting the same. It is unclear if the two reports reference the same memo 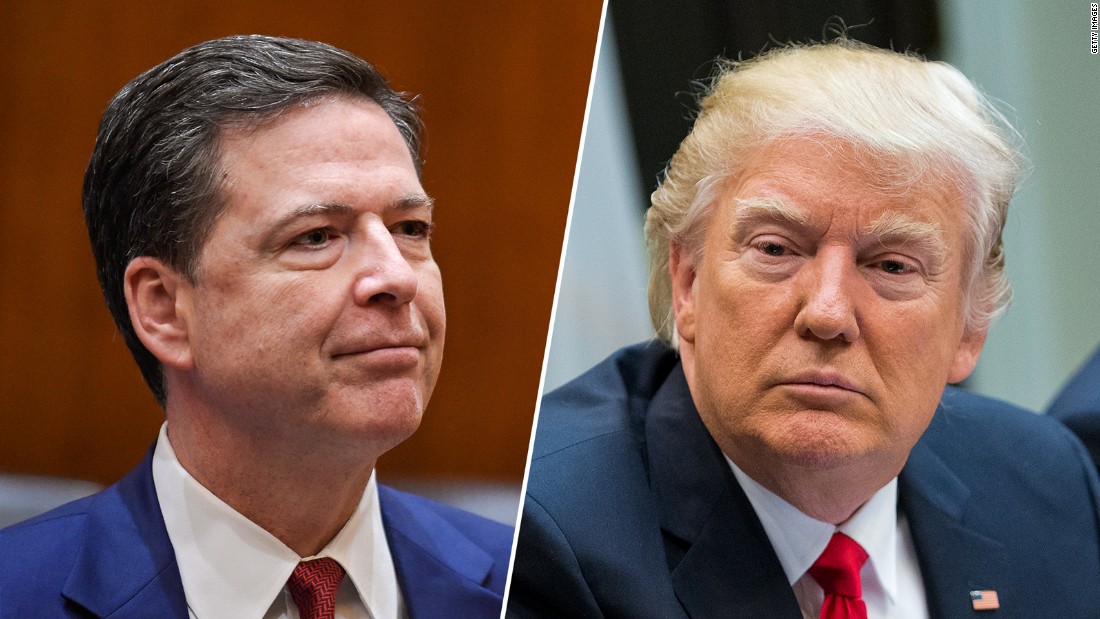 President Donald Trump asked James Comey to end the investigation into former national security adviser Michael Flynn, a request documented in a memo written by the former FBI director, according to sources familiar with the matter.

Upon telling my brother about the story, he had asked about the weight of Comey’s notes in court. My wife was a psychologist and mandated reporter and often remember her describing how the importance of keeping detailed notes was tied to their evidentiary value. If, over time, the notes were meticulous and proved to be true in other cases they will carry a great deal of weight indeed.

Given the other events of the past two weeks, I would hope this piece of the puzzle gives Congress the stones to act

Until Comey gets to speak and fully present his peace, he’d better hire some security guards, wear a bullet-proof vest, and be shuttled around in an armored car.

And a dead man switch for all of his notes

That, and go into hiding until called in.

It will be interesting to see how the scenarios of public/private testimony resolves; must see TV

It will be interesting to see how the scenarios of public/private testimony resolves; must see TV

To aid in my viewing pleasure of the testimony, this will require the equivalent of two large cornfields and three very productive cows.