ARRRGHHHHH, as much as i want desperately for him to say SOMETHING, he’s right. stick to the high ground, don’t denigrate the office, maintain dignity… that’s what the Obamas do. they are such a class act… better people than i am, that’s for sure.

yes, let’s just keep pretending everything is normal, and that fascists haven’t taken over the government of the US. we wouldn’t want to hurt those fascists’ fee fees, after all.

when they go low, you go high… and the rest of us end up with another knife in the back. have fun on the next cruise with Oprah, asshole. we’ll be out here, fighting to hold on to what’s left of our country.

fighting to hold on to what’s left of our country

Would you care to elaborate on that?

And yet, Mr. Obama’s supporters, who have been waiting eagerly for the former president to respond to his successor’s accusations and policy reversals, are likely to be disappointed.

No! No we haven’t! (Well, except @Nate_Seubert.) Having a former president get into a pissing contest with the current president would accomplish nothing, and many people in Washington very much enjoy a good pissing contest. If Obama spends his ample political capital strengthening the Democratic party, maybe we can just hang back and watch the Republicans tear themselves apart.

except that he’s aware that he’s always going to be the first black president and any little thing he does may fuck it up for the next one. All the others have to do is literally not shit the bed and they’re fine (although Trump is pushing the envelope on that one). Obama could cure cancer and it wouldn’t be enough.

“This event is part of President Obama’s post-presidency goal to encourage and support the next generation of leaders driven by strengthening communities around the country and the world,"

This sounds like exactly the right thing to do.

It would be the right thing to do no matter who was in the White House. Too many Americans are satisfied with passively watching politics, outside of voting day. The ones who do engage need to do more than march and sign petitions. They need to join the Democrats, or start organizing another, more progressive opposition party. Like Democratic Socialists.

Supporting local candidates – from the dog catcher on up to state legislatures – is a must if the state governments are taken back from the GOP. And for lasting and meaningful change that is more important than who is president.

Of course, I wouldn’t mind Obama getting in a few snarks.

He could win a Nobel Prize and it wouldn’t be enough.

If only obama would say that, by replacing his name with “I.”

If you use the Cheney example, it’s Biden that should be snarking.
Seriously, why does Obama need to do anything? It’s painfully obvious that the current president is an idiot that hasn’t a clue what he’s doing and doesn’t care what 44 thinks. In fact, criticizing Trump will send a message that the current White House is doing things right by Republican standards.

I’m angry, and ashamed, and sad, and frightened too…but the reason we’re in this situation is because of the boundless racism in this country. You think the Obamas haven’t spent their time in the trenches up until now dealing with that? I’m not going to begrudge them a family vacation away from it all.

I’m not going to begrudge them a family vacation away from it all.

Sure, but isn’t the issue more the milquetoast manner in which he apparently plans to return? The mildness of his apparent planned approach? 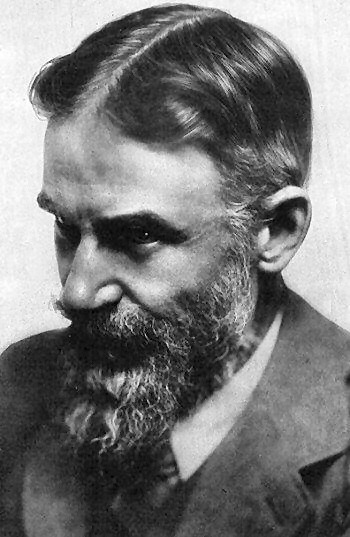 A quote by George Bernard Shaw

Never wrestle with pigs. You both get dirty and the pig likes it.

There’s a difference between wrestling with pigs and fighting them off when they barge into your living room and start busting up the furniture.

I’ve said it before in various forums, but the GOP has already torn itself apart. There have been numerous inflection points over the years such as Reaganomics, Gingrich’s Speaker tenure, the coopting of the moralistic right, the jingoistic neocon era and the racist tea party backlash, but the fact is that they are a party that has been almost entirely reactive for thirty years. This has left them with no actual platform (Bush II oversaw the largest expansions of the Fed in a generation, for instance) and absolutely no sense of governance. By playing to what are essentially highly varying factions with exceedingly myopic interests they have left themselves with nothing to agree upon and, therefore a completely rudderless and leaderless group of warring factions. They left the door wide open to the very personification of everything they seemingly stand against; his only necessary qualification was hucksterism and they fell like dominos.

How do you square this portrait of disarray with their seemingly ever-expanding predominance at federal, state and judicial levels, including a reinvigorated takeover of the Supreme Court? All of which looks, you know, pretty organized to me. . .

True, they are very adept at attaining power, but the wielding of power is another subject.

It is also worth pointing out that the Democrats aren’t really in a much better position. After a brutally stinging loss, the DNC is still stubbornly clinging to their centrist/middle-right policies and procedures that are clearly not resonating with the electorate. Their only inspiring leadership figure is a self-declared independent socialist.

People are fucking idiots. Most voters (i.e., those who even bother to vote) are engaged at the most cursory level and often vote based on a very narrow spectrum of issues. Were they more informed they would see the national parties (especially the GOP) as the opportunistic predators they truly are and vote accordingly. But, here we are…

How do you square this portrait of disarray with their seemingly ever-expanding predominance at federal, state and judicial levels, including a reinvigorated takeover of the Supreme Court? All of which looks, you know, pretty organized to me. . .

money maybe. followed by gerrymandering, and more than a touch of white male supremacy.

politics is big business. and i think there’s a reason so many​ dollars flow to certain candidates.

the nice thing about it, is that it doesn’t need a plan. it’s more a drum beat to march in a general direction. it’s a pressure that bends all candidates and all outcomes.

the culture is so steeped in it even democrats ( obama included ) largely tilt that way, libertarianism appeals to many, and socialism ( ex. single payer healthcare ) remains the work of the devil.

A quote by George Bernard Shaw

Never wrestle with pigs. You both get dirty and the pig likes it.

A couple of quotes by my mother:

“If you stir the shit, it only stinks more.”

“Don’t argue with people who appear to be noticeably less intelligent than you; they can’t or won’t understand your argument.”