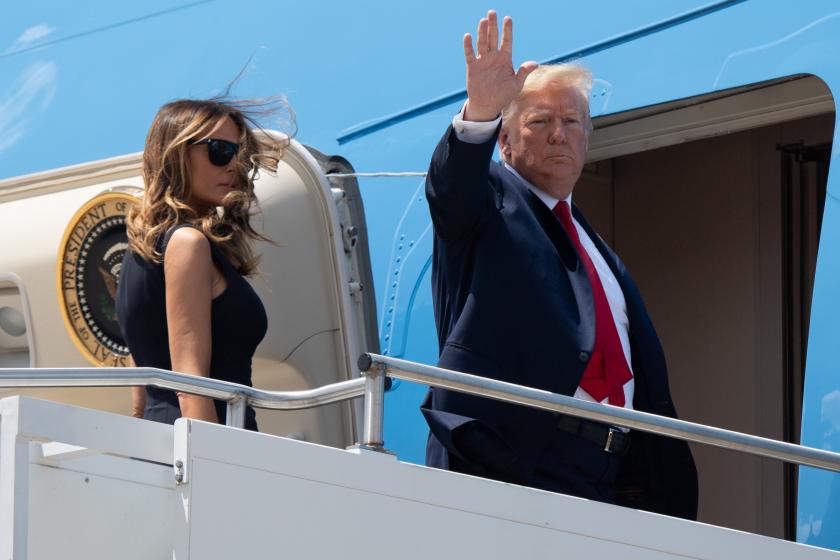 President Trump on Wednesday claimed that Sen. Sherrod Brown (D-Ohio) and Dayton Mayor Nan Whaley misrepresented his visit to victims of last week's mass shooting in Dayton, Ohio, despite the two parties saying similar things about it. Trump aboard...

Yes, why can’t we all get along, you worthless piece of shit libtards? Mmm hmm. These calls for civility are for the other guys to calm down about all the treason, corruption and child fucking while their guys change nothing.

No. Whatever happened trump is so much of a liar it’s more likely opposite of whatever he’s claiming.

This only makes sense if you view reality as one big WWF match.
That is all this is to him.

Watching Fake News CNN is better than watching Shepard Smith, the lowest rated show on @ FoxNews . Actually, whenever possible, I turn to @ OANN !

While I can’t comment on the OANN network since I’ve never viewed it, I suspect one of two things:

It’s almost like the administration had prepared the attack statements before the event, and sent them out anyway…

Number 2 is the correct answer.

From what I understand (I never watched it either) OANN was created by people who thought Fox News was too liberal.

“Number 2 is the correct answer.”

Yeah. That’s generally true of Trump. And “Nothing compares to poo”.

After he is dead of natural causes one day I will make a yearly pilgrimage to shit on his grave. I will make it a family outing.

Acting like this and destroying any respect I had for the presidency is reason enough. This man is atrocious, obnoxious, demeaning, arrogant, and a spoiled little piece of shit. He is a lying sack of garbage and he deserves no less

We decided earlier to charter a bus: hop aboard.

So a little homophobia for good measure?

I think he is legit losing his mind. This seems to be a feud about something that did not happen, with someone who was nothing but cordial.

Ill get Portajohn and Taco Bell to sponsor us

Make it into a national walk of life thing

Slogan of march- “when life gives you the shits, shit on indecency”

If this fuckstick never pays anyone how come he’s broke

He spends money on buildings and other things that can have his name written on them in big disgusting letters (which he can’t read) that emphasize the profundity of the phrase “quality doesn’t advertise”.

Then, he loses that money because he doesn’t pay people to run those businesses effectively, and even if he did, his visceral repulsiveness would make it hard to attract decent candidates.