A humorous half-serious claim about illegally hidden documentation is NOT the same thing as the ‘far-fetched conspiracy theories’ actively promoted by right wing organizations.

No one is being threatened with death, among other things.

A humorous half-serious claim about illegally hidden documentation is NOT the same thing as the ‘far-fetched conspiracy theories’ actively promoted by right wing organizations.

Especially since we’re dealing with Trump—it could have a more than 50% chance of being true.

I’m not sure how they can compare something like a Qanon conspiracy about nonexistent pedophiles keeping nonexistent children in a nonexistent pizza place basement to a real former president with real stolen documents possibly hiding some more documents in his real late wifes real burial site.

Especially since we’re dealing with Trump—it could have a more than 50% chance of being true.

Considering how bonkers TFG has been and is, I would not put it past him, or any of his handlers, at this point–including but not limited to his [surviving] family members, his enablers, co-conspirators, etc. These are people who use people. All the time. Yea verily even in death.

“Ooooooh let’s hide this stuff in… here… they’ll never look in a gravesite. If they even suggest searching it for legal reasons, we can claim how sacrilegious even such a suggestion would be! Social taboos! Something-something-godless-libruls!” [insert performative pearl-clutching or bible-clutching here]

we can claim how sacrilegious

the Bedminster Golf Course is! 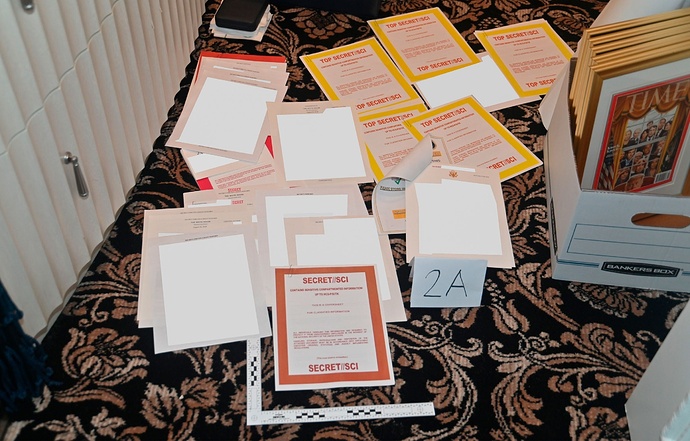 A federal appeals panel has lifted a judge’s hold on the Justice Department’s ability to use classified records seized from former President Donald Trump’s Florida estate in its ongoing criminal investigation.

And didn’t even give her the satisfaction of including the name of the original MAGAt judge in their ruling…nice! 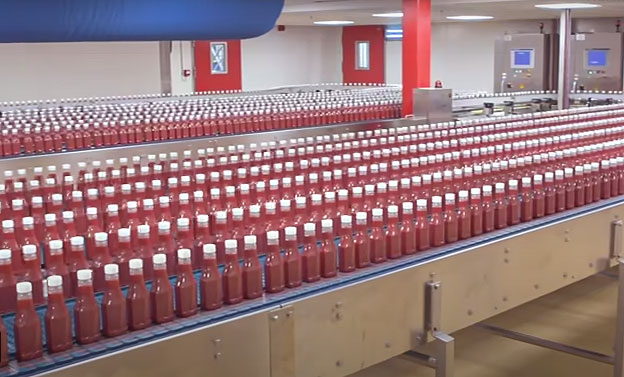 Damn, looks like he managed to get a real lawyer 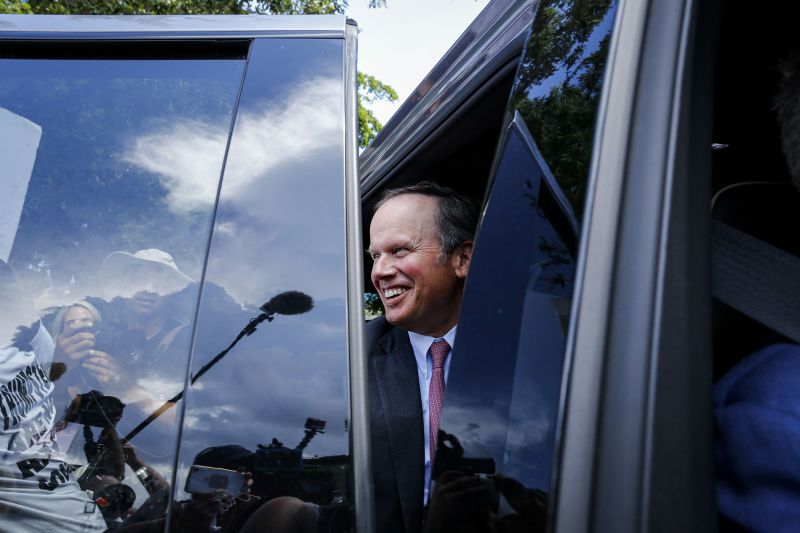 The newest addition to former President Donald Trump's legal team, Chris Kise, has been sidelined from the Mar-a-Lago documents investigation less than a month after he was brought on to represent Trump in the matter, two sources familiar with the...

Kise’s hiring came with an unusual price tag of $3 million, paid for by Trump’s outside spending arm. The retainer fee, paid upfront, raised eyebrows among other lawyers on Trump’s team, given the former President has a developed a reputation for not paying his legal fees.

Heh. He got paid already and now I’ll bet the other lawyers are regretting not making similar demands.

This turn of events as well as his demand for an up-front retainer definitely supports the narrative that Kise is unusually competent by Team Trump standards.

his demand for an up-front retainer

Perhaps the other lawyers also received up-front retainers but didn’t take the time to closely inspect the currency?

The document fight is a delaying action, and he’s pulled back for something major, like when an indictment drops?

That doesn’t look like the case to me; he was brought on board specifically to help with the documents investigation and he’s now been shuffled away from the team handling that stuff. If Trump is going to be indicted over the document theft then they wouldn’t want to keep his top lawyer away from the rest of the people formulating a legal strategy for the case.

I think the simplest explanation is that Kise did what a real competent lawyer is supposed to do: he told Trump what he needed to know instead of what he wanted to hear. Normally that would be a fireable offense but since Kise got paid up front they just reassigned him to help out with one of the other endless scandals instead of the documents thing.

Kise served on DeSantis’s transition team in Florida and is known as the attorney who helped derail the campaign of the Florida governor’s erstwhile rival Andrew Gillum in 2018. DeSantis narrowly won that race after Kise publicized that Gillum accepted free tickets to the Broadway musical Hamilton from an undercover FBI agent posing as a developer.

…Kise came with high recommendations from Brian Ballard, a top bundler for Trump and DeSantis once described by Politico as the “Most Powerful Lobbyist in Trump’s Washington.”

“Chris is not only my friend, he is one of the finest lawyers I have ever met,” Ballard told NBC News. “His unique experience is perfectly suited to assist [former] President Trump.”

While Mr Ballard is on your radar: 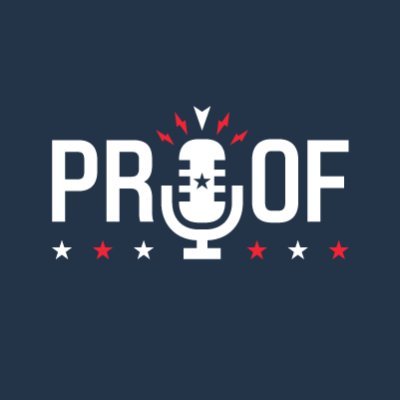 @SethAbramson
Kise is a *very* good friend of Brian Ballard and used to represent Venezuela. We’re getting closer and closer to the Trump-Venezuela scandal finally becoming breaking news. Just so, the Trump-Brazil connection to January 6 just got closer to the surface. nbcnews.com/news/amp/rcna4…

I haven’t been following the docket, but this move was fairly predictable: 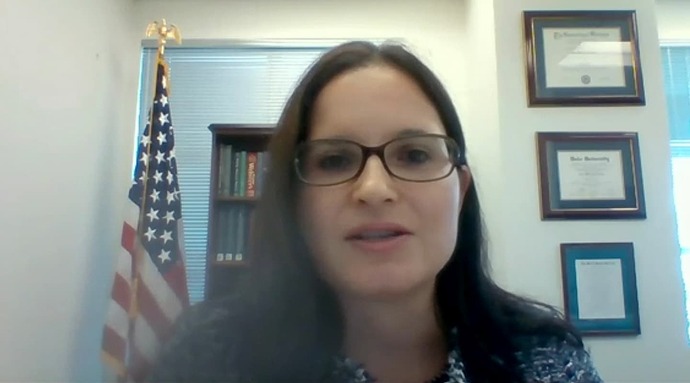 Special master Raymond Dearie had told Donald Trump’s attorneys lawyers to address in court whether documents were planted or declassified.

The reporting on this case has been . . . subpar.

Thursday’s ruling was the first clash between Cannon, a Trump appointee who has generally shown the former president deference in litigation over the Mar-a-Lago investigation, and Dearie, a federal judge she appointed as an outside expert in the case, who appears to be far more skeptical of Trump.

Cannon is not “showing deference,” she is making up sh*t as she goes along, and actively interfering with an ongoing criminal investigation. Judge Dearie is not “far more skeptical of Trump,” he’s actually doing his damn job, which entails being skeptical of lots of people, not just the congenital liars. The way this is written makes it seem all the decisions here have resulted from bias. While that is true as to Cannon, the more important dichotomy is “Rule of Law” (Dearie) vs. “The King can do no wrong” (Cannon).

Also, Dearie’s not an “outside expert,” like someone to help explain what makes a document confidential. A special master does the same things a judge does - call balls and strikes. Dearie can’t be expected to do his job if he doesn’t have any standards to go by. To make any decisions he needs to pin down as a factual matter what TFG is actually claiming, which is Judging 101 if you’re not a partisan hack. Her entire approach reeks of “let’s just delay this past midterms, the Eleventh Circuit won’t take the case away from me before then.”