This is basically like saying “I DON’T HAVE ANY DRUGS IN MY TRUNK AND IF THE COPS FIND ANY IT’S BECAUSE THEY PLANTED THEM THERE” before the police have even searched the vehicle.

Not like it’s the first time he’s done basically the same damned thing.

Which of course means that they found something incriminating. See also Biff taking the 5th today. 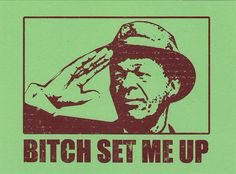 Hopefully the FBI, and I have no reason to believe the didn’t because they wouldn’t go through all the trouble and potential problems of not documenting everything, did indeed document everything with witnesses and video and whatever they need to hold up in court.

This is how I picture trump when he finally gets nailed. 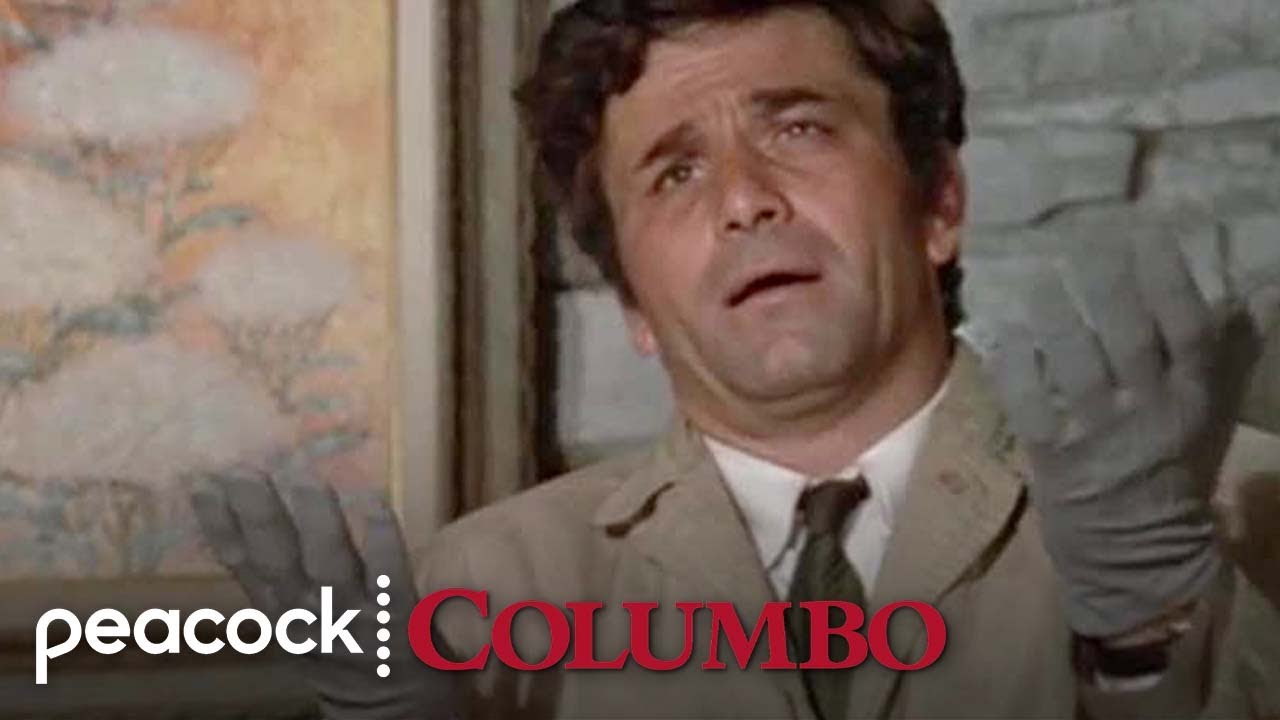 I’m wondering if evidence related to other crimes can be shared legally with the DOJ.

As predictable as the sunrise.

Next week, “It’s not mine. I was only holding it for a friend.”

the FBI planted false evidence in the 10 boxes it collected from Trump’s private residence:

Did they find his stash, dude? 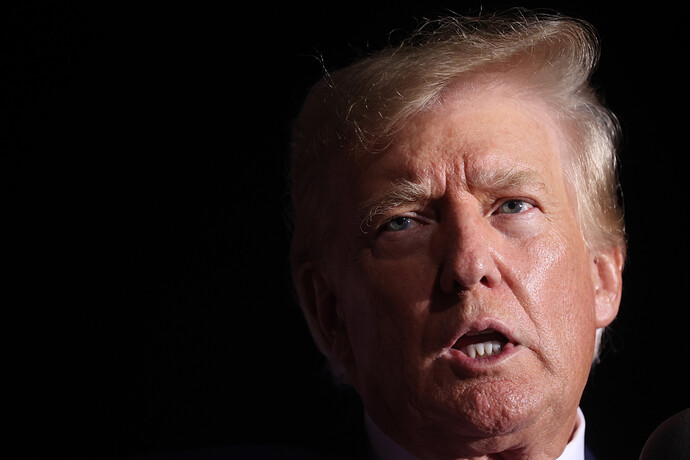 Exclusive: An informer told the FBI what documents Trump was hiding, and where

The FBI's raid on Mar-a-Lago was carried out while Donald Trump was absent in the hope it would be low-profile. The plan was a "spectacular" failure. 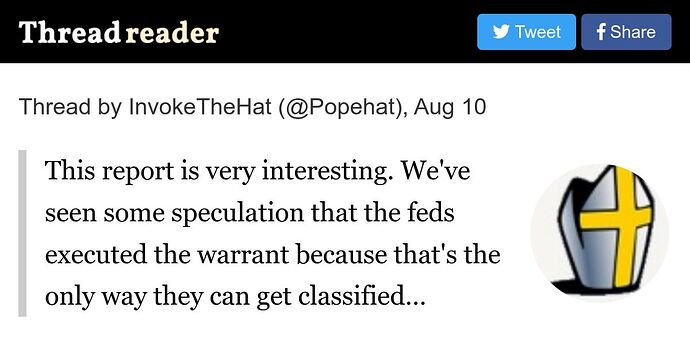 @Popehat: This report is very interesting. We've seen some speculation that the feds executed the warrant because that's the only way they can get classified documents back if the holder refuses, which made me skepti...…

They’ve been spreading the lie for more than a year that the FBI instigated the violence on Jan. 6th.
(C’mon-- we saw who instigated it, we watched him instigate the violence in real time from a stage set up on the Ellipse.)

By the same token, we already knew Trump took 15 boxes of classified documents. We know that some had been torn up, the National Archives confirmed this. The plain fact is that even unclassified documents are not his property, they are the property of the US government, which is to say the nation as a whole. He stole from the public yet again.

Why plant documents when we already know he had some there before, and didn’t return them all?

I am picturing they found at least one severed homeless veteran head and are attributing it to Don Jr’s lesser known “hunting trips”.

The name of the game is to cast doubt on the actions of institutions in their way that they’ve spent years discrediting with a massive media machine designed to facilitate it and 40% of America socially engineered to buy it.

Another Trump attorney, Christina Bobb, told Real America’s Voice that the FBI doesn’t even has to plant evidence. “At this point, I don’t necessarily think that they would even go to the extent of trying to plant information; I think they just make stuff up and come up with whatever they want.”

This one is so close to the realization of her own cognitive dissonance, but still so far.

The FBI wouldn’t need to “plant” evidence if it’s taking it away in boxes. They wouldn’t need to exclude staff if they were doing so, either. It’s not like boxes of paper records are heroin or something.

Please don’t overcount the RWNJs. During any given ellection cycle, not even close to 40% of eligible voters vote Republican. A little over half of eligible Americans vote in general elections, and of those, less than half vote Republican. Of those, only slightly more than half are ride-or-die Trumpers. So about 12.5%?

According to the CBC, it’s all less dramatic than people are hoping. It was simply that he had documents in his house that are classified and thus required to live in the national archives. He’d been asked to return them and didn’t. It doesn’t seem to be related to the attempted coup or anything, although that doesn’t mean they won’t find something related to that.

IANAL, but I think the warrant has to be specific about what they are looking for, so they can’t make an excuse to go in and look for stuff, because if they find something unexpected, it wouldn’t be admissible if it wasn’t part of the warrant? Someone please correct me on that. 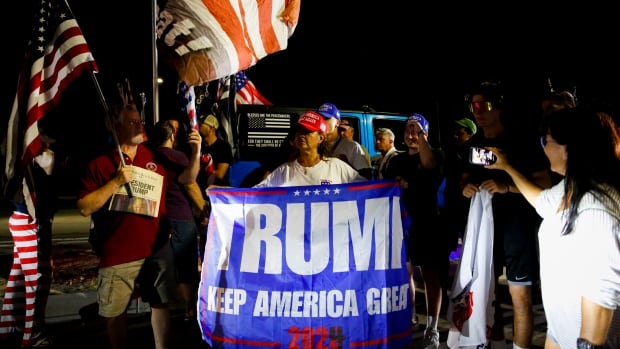 Donald Trump railed against an FBI operation at his Florida estate on Monday. Trump may lob more objections in the months ahead, with apparent probes related to classified records, the 2021 Capitol riot and the business practices of his Trump...

That could be literally anyone in his camp…

I was thinking particulary of his spouse, what with the years of videos of snide looks and hand-slapping-away moments. Maybe she’s just fed up of the US and wants to get back to Russia for the peace and quiet.
/s

Hell, even members of his club. He probably charges extra for access to see the docs.