But it ought to be interesting anyway.

“disclosure would reveal the identities of witnesses, law enforcement agents, and uncharged parties…”

Keep them mills of Justice grinding.

@Les_Pane I know that the documents were kept next to the swimming pool; but have they really got that ■■■■■?

I wouldn’t suggest getting the document wet…

Heh. It was the only way I could figure out how to block the words out. 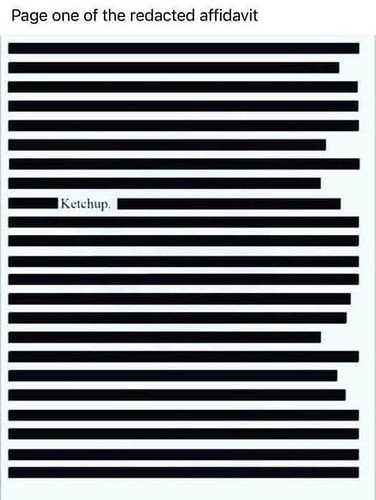 Team Trump thinks they’ve got a win here, regardless of the outcome. Firstly, they got a big bad judge to order the unsealing. Second, they’re going to have a piece of paper that’s covered with black bars to wave in front of their base.
“The government is HIDING SECRETS! Platters are being passed on your left and on your right, please give generously…” 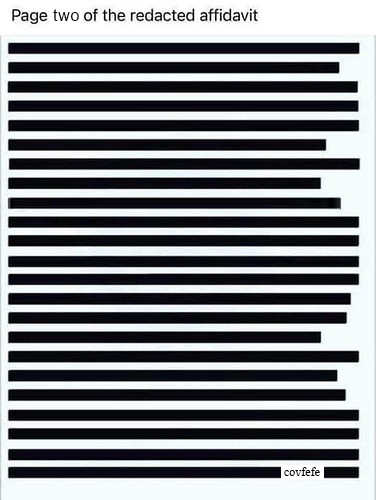 Team Trump thinks they’ve got a win here, regardless of the outcome. Firstly, they got a big bad judge to order the unsealing.

That’s not quite the case. While Trump has publicly demanded release of the affidavit he and his lawyers never actually made any legal motions to do so and it’s not at all clear they really wanted it to happen.

This is the worst “Wordle” EVER! 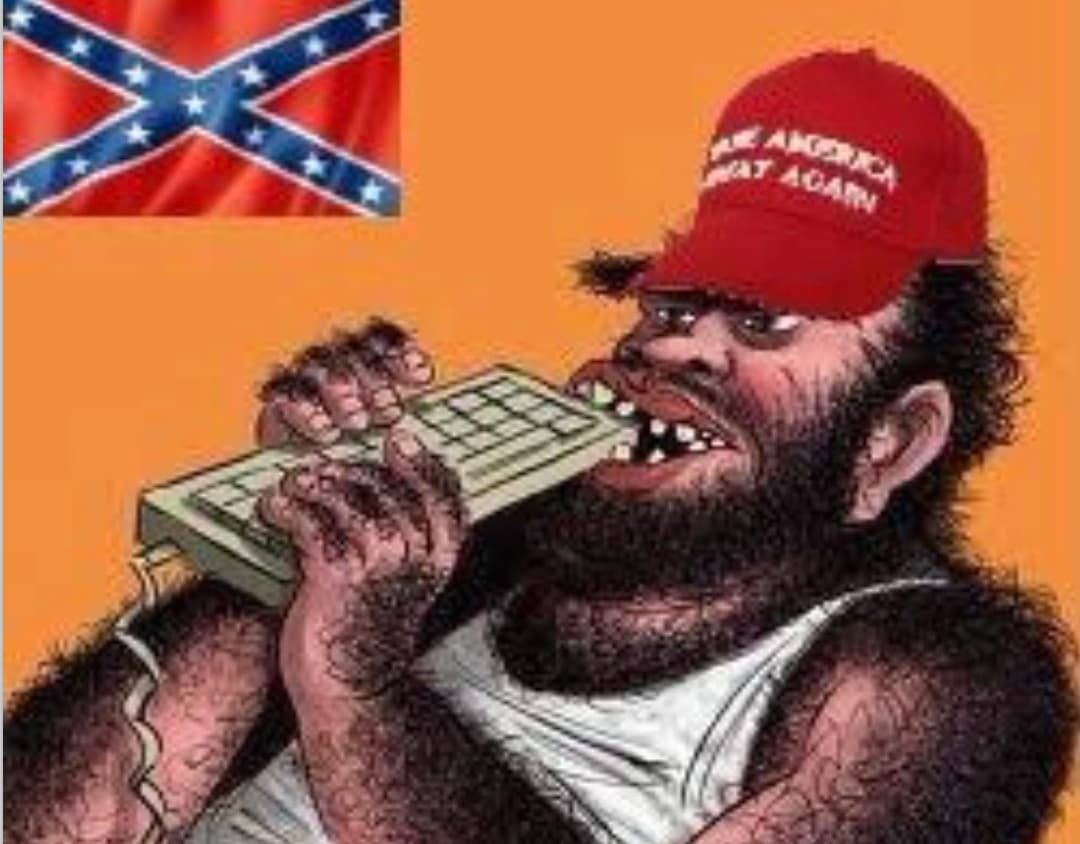 It’s twenty after - where is it?

You can see it here. Gift Link should be free to access. 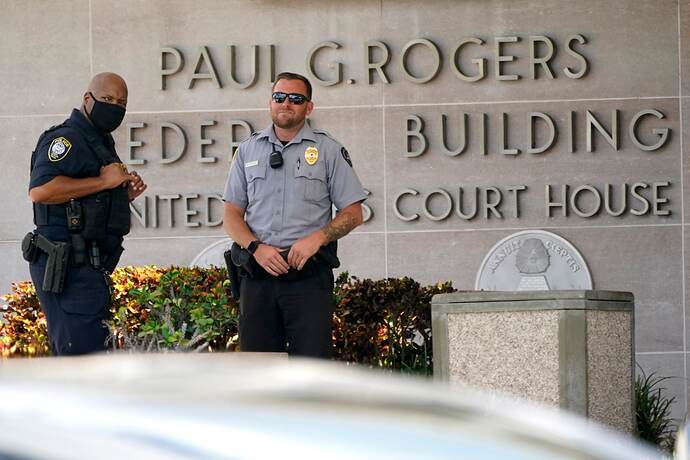 The newly public affidavit will help explain why FBI agents wanted to search Mar-a-Lago for classified documents, with sensitive information blocked out.

definitely a lot of strikeouts during the juicy bits 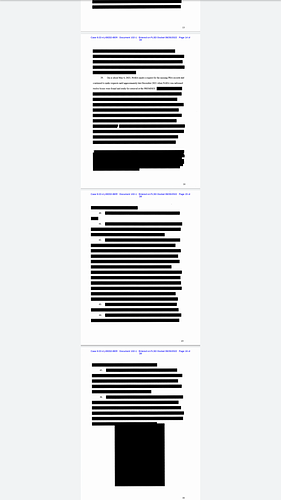 it sounds like they had direct observation of material being moved in ( including probably photos ); the boxes trump gave them earlier contained newspaper clippings, handwriting notes, etc mixed at random with the classified documents; they establish that the place where they were stored was insecure; they specifically call out how they’ll handle client/attorney privileged documents in a protected way

Is this legally a big deal? Especially now that they have the docs back?
Where I’m headed with this… Could this end up having a small impact on Trump legally but be prosperous for his grift? Could this have been his desired outcome all along?

Is this legally a big deal? Especially now that they have the docs back?

It’s “legally a big deal” in that it’s the kind of thing that would result in serious life-altering consequences for most anyone other than Trump.

Whether Trump himself faces even a taste of those consequences remains to be seen. 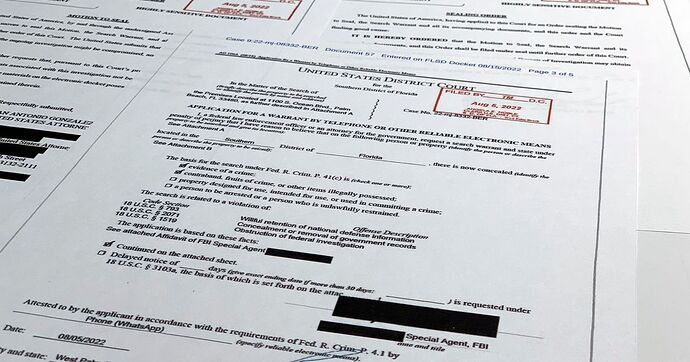 The heavily redacted document lays out the justification the Department of Justice provided to a judge for permission to search for and seize highly classified documents in an FBI raid of Trump's Florida home.

No nuclear secrets, though. Less evidence for this sort of headline. 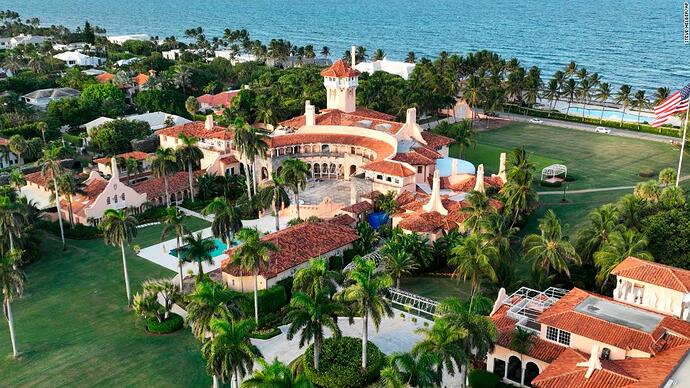 The FBI sought to locate classified documents related to nuclear weapons, among other items, when agents searched former President Donald Trump's Mar-a-Lago resort in Palm Beach, Florida, this week, people familiar with the investigation told The...

Arguably, HCS is as bad if not worse, but it doesn’t grab the audience’s attention.