Only conservatives are allowed to harass people in public

No, it’s not something to control, just to acknowledge.

A post was split to a new topic: Corporate cronyism

No, it’s not something to control, just to acknowledge.

Absolutely. Pretending it doesn’t happen does us no good.

This is trolling.
It does not matter if you are or are not a professional troll or even if you intend to troll, for all I know you may actually believe this.
The effect this has on civil conversation is that of a troll. A derail. A bad faith argument.
@Gabfest I have no intention of trading arguments with you or to even correct you. I am merely pointing out that the form of the argument, along with the content in it does not serve any other purpose than to be provocative. 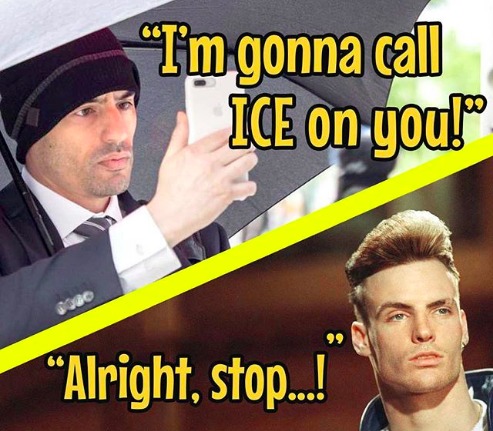 Well, we all knew he was a collaborator…

No, I am not saying that no one should complain or fight evil because evil is so common. I am unhappy with partisans saying that because the other side does bad things, their side’s bad things don’t matter. That’s what the comments devolved into. Personally, I think that the Republican Party under President Trump is worse than the Democratic Party’s present and recent past. However, that’s like saying rabies is worse than bubonic plague. Yes, but so what? 100% death vs. 90% death.

I don’t think anyone here believes the democrats are absolutely innocent. Obama deported lots of people. He ordered drone strikes. All that shit.

But he didn’t setup concentration camps. And there’s no democrats in congress who appear to have any interest in doing so either.

Obama’s not in charge. What do the current democrats look like when it comes to immigration policy?

It’s very frustrating being told I must stop shouting about how evil the republicans are, and how I’m just perpetuating a cycle of abuse, when republicans are literally having nursing babies pulled away from their mother’s breast.

I have a bunch of politicians who don’t actually support that kind of thing. And everyone’s up in arms saying that everyone’s so nearly the same that it’s pointless to argue.

The democrats are the only other game in town on the national scale. If you don’t support them, then your inaction is helping the republicans.

Now I’m all for third parties. I don’t vote democrat just because someone has a D next to their name. But the thing is: I’m not voting republicans as long as they’re going along with genocide and being okay with nazis being in their voting block.

I will not support people who will accept a nazi vote. It’s simply untrue “there are fine people on both sides”. That’s just not the case. And to argue that there are is to be morally bankrupt.

But he didn’t setup concentration camps. 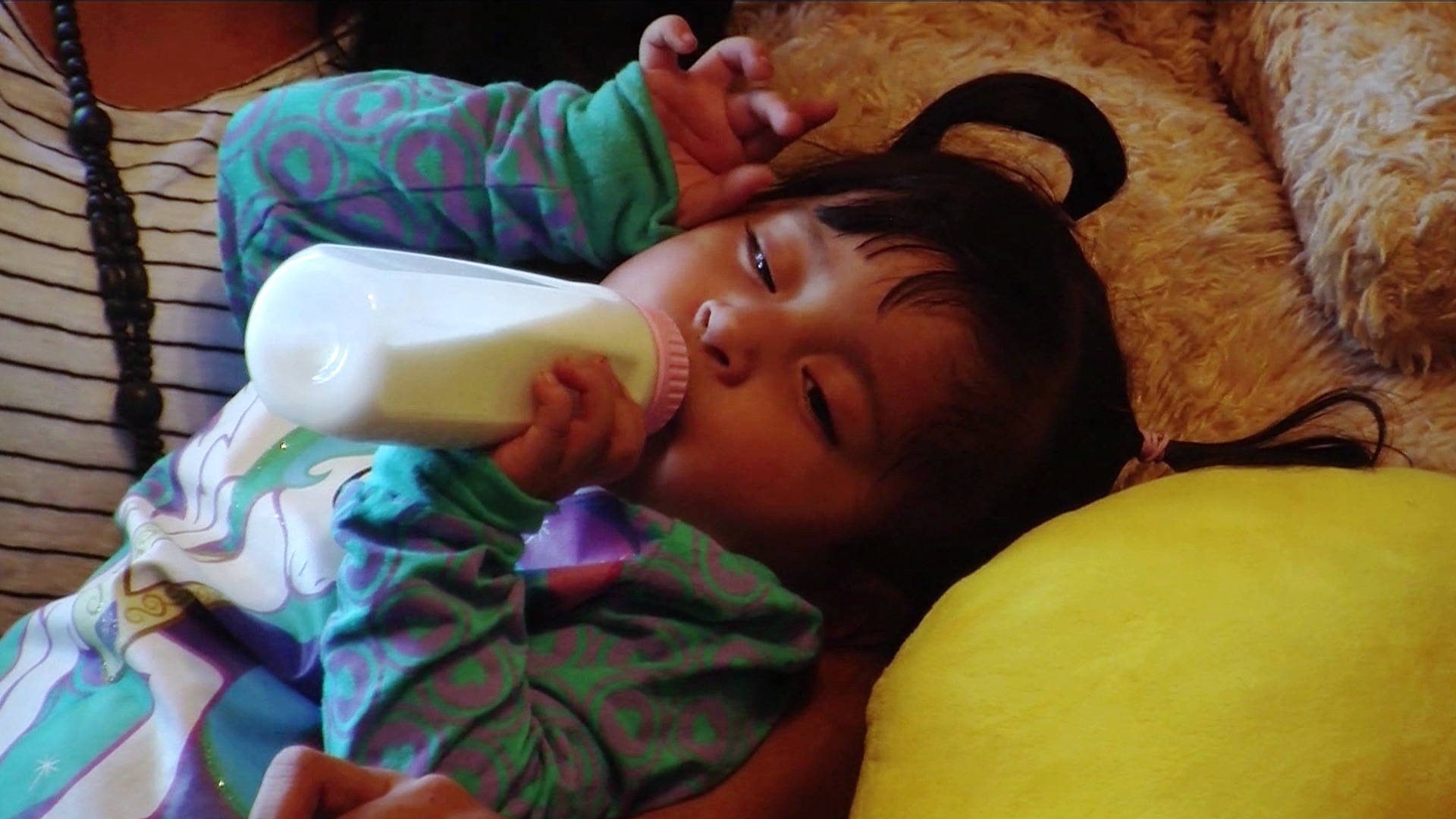 We look at one of the most controversial policies President Obama passes on to Donald Trump: family detention. Since 2014, thousands of Central American women and children seeking asylum have been held in private jails. Despite complaints of medical...

CARLOS GARCÍA: Basically, you walk in, and it’s tents. It’s like a tent city. And inside, they have chain-link fence, cages. They look like cages. And they call them temporary facilities, but they’re detention facilities nonetheless, where, you know, babies and children and parents are sleeping, are being jailed, while the government figures out what they’re going to do with them. 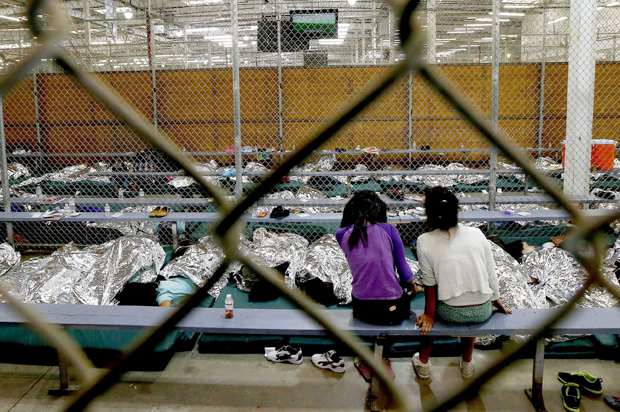 These kids are in hell, and we should be ashamed: Meet the children at the...

Our policies have helped trap these kids in poverty and violence. Now we want to shoot them at the border?

Are Trump’s policies worse? Yes. Is Trump an immediate existential threat to both the USA and the wider world? Yes.

But a return to the previous status quo is not an adequate response. You need the people on your side if you want to fight the Trumpists, and the people will not come out for just more of the same old bullshit.

As I ranted myself to another commenter, it’s the BSing of fighting over who is the lesser evil and who is the greater is stupid.

However, while I agree that the Republican Party under President Trump both are the greater evil and deserve the most attacks, their policies are only an enhancement of President Obama’s policies, which themselves are only enhancements of President Bush the Younger. The Republican Party has created a set of policies that are ostensibly “conservative” and the Democratic Party has an ostensibly “liberal” platform; the Republicans keeps pushing to the right to stay separated from the Democrats who keep moving right to stay moderate. Add that both have become extremely corrupt political prostitutes (and I have to apologize to the majority of honest sex workers for the comparison.) that uses social positions as cover for their economic plundering for the 0.001%.

Both parties want immigration to continue, want to maintain or increase tax cuts, want to cut either less or more of social welfare programs and regulations. The police state is fine for both of them. It can be said it is a matter of degree and not really of kind in their differences with the only real differences are social rights are supported as camouflage, so long as money, or the police state are not involved.

So yes, the Republican Party, which is ostensibly conservative is the greater evil compared to the ostensibly liberal Democratic Party. Saying Dark Evil must be fought in the service of merely Grey Evil is just not that inspiring to me. Soon it will be Black Evil and Dark Evil. Joy.

I was just going to ask, what happened to the party of “FUCK YOUR FEELINGS?”

Do they really think that shit only goes one way?

Why yes, as a matter of fact, they do. They really are that clueless.

They don’t even see it as an ideology thing, they do this in games as well: if you play a game like Monopoly with them or watch a team sporting event, they will gloat and jeer when they are winning but get all whiny and bitterly complain if the other side even hints at gloating at them.

Also important is that there was a huge spike in women and children or just children crossing the border to escape gang violence, political violence, and starvation that had no family in the United States to place them with resulting in children being detained. Some other context is also needed to remember that when Obama sought funding for the issue Republicans would only approve it if they got to ramrod a lot of other anti-immigrant legislation in with it.

So what Trump is using is indeed the temporary detention facilities at that time that housed the family units that crossed, but this idea that Democrats wanted this even as a temporary solution isn’t accurate even if Obama’s immigration policy was bad.

Also important is that there was a huge spike in women and children or just children crossing the border to escape gang violence, political violence, and starvation that had no family in the United States to place them with resulting in children being detained. Some other context is also needed to remember that when Obama sought funding for the issue Republicans would only approve it if they got to ramrod a lot of other anti-immigrant legislation in with it.

Also important to remember is the USA’s role in creating the violence and poverty they were fleeing. Which has more than a century of thoroughly bipartisan history.

So what Trump is using is indeed the temporary detention facilities at that time that housed the family units that crossed, but this idea that Democrats wanted this even as a temporary solution isn’t accurate even if Obama’s immigration policy was bad. 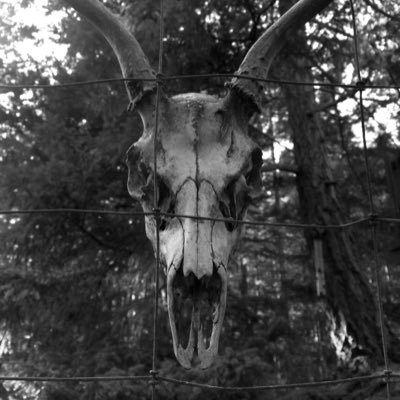 Greetings from Tucson. A few points about this piece — it’s long so I’ll try to summarize. There’s a lot happening on the border. What all of this will look like by the end of the summer remains to be seen, but the upshot is this: the future looks grim theintercept.com/2018/06/12/bor…

HRC, and all Presidents since Bill Clinton, endorsed a “deterrence” strategy in regards to immigration. In other words, deliberately make immigration as difficult and dangerous as possible, on the theory that this will reduce the numbers of incoming people.

It does not work. It’s also murderously inhumane; all those bodies in the desert are the direct result of it.

I think Trump’s currently using them as a bludgeon against the Republican congress. They refused to pass the immigration “reforms” he wanted (most likely because they knew he’d blame them for the problems while taking credit for any perceived successes and crowing about his fulfillment of campaign promises) so he’s instructed his border droogs to follow existing law with “zero tolerance”.

As far as I can see (and I’m addressing global class war here, not mere Trumpism), that would require the populace to devise an alternate currency based on social credit, thus rendering all the oligarchs bankrupt. Can’t really see that happening soon… What’s the alternative? Maybe lining the oligarchs up against a wall.

The Team America metaphor can be generalised to be an argument against pacifism. And if you apply it to class war, maybe it makes you wonder who has the 90%'s back.

No war but the class war, sure. 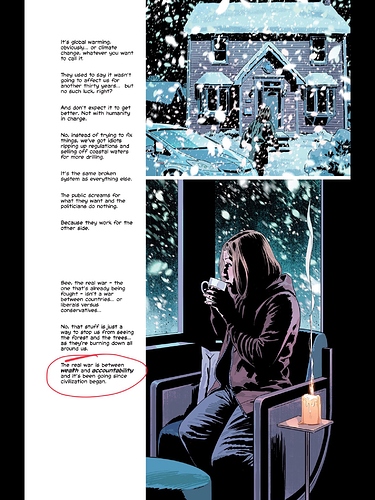 But y’gotta fight smart. At the moment, the money controls the guns; violence is their preferred battlefield. We don’t have to go along with that choice of venue.

Strikes, disruption, sabotage. Non-compliance. Grind the economy to a halt, make it impossible for business as usual to continue.

It doesn’t take as many people as you might think. 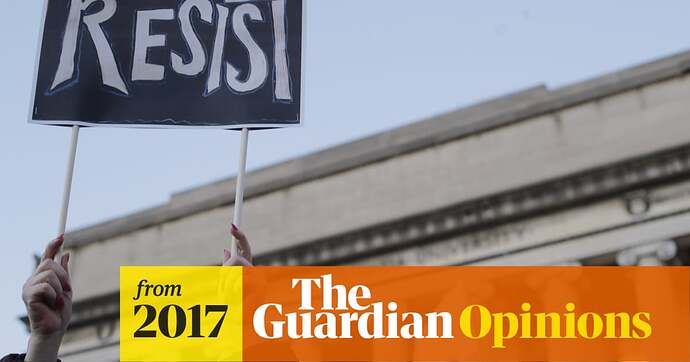 It may only take 3.5% of the population to topple a dictator – with...

The United States has a rich history with effective uses of nonviolent resistance. It’s time to become familiar with it

As per our community guidelines, calls for violence will result in deletion of posts, and possibly your account. If you want to discuss violent reprisal, there are lots of places to do so. This isn’t one of them.

Of course it will not work as many, perhaps most, coming from the South have nothing from where they left; the dead aren’t seen, but like the dronings, provide a wonderful tough defending the homeland vibe. Barf. 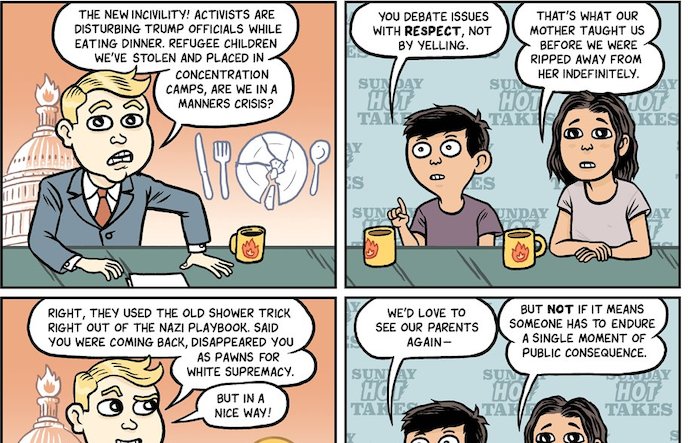 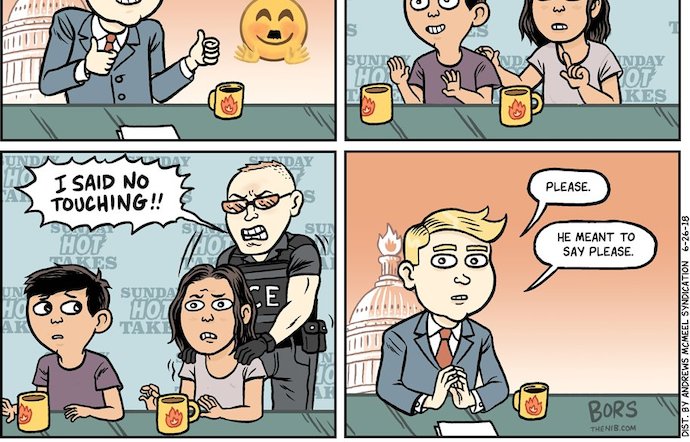