The presidential race is better with her in it.

it’s now obvious that pundits who argued that Warren had missed her moment were wrong. The presidential race is better because she is in it.

Am I wrong though? she’s in third place but, still hasn’t been able to challenge Bernie or Biden.

I feel like I’m quoting the sentiment of (couldn’t find the segment from the weekly shows) Bill Maher: “But, I’m not wrong”. 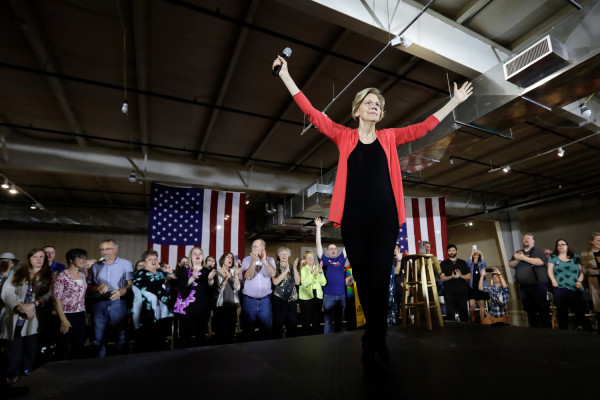 Warren Surges to Second Place in National Poll, Eating Into Support for Sanders

As progressives flock to the candidate with the plan(s), poll also reveals surprising top second choice of Biden backers

she’s in third place but, still hasn’t been able to challenge Bernie or Biden

There hasn’t even been a damn debate yet. Warren and Harris are going to eat these dudes lunch.

So was Jeb Bush and George McGovern?

He was more electable than HRC. Look at his electoral maps lol.

That’s why he lost; because he was more electable.

Younger than Mayor Pete too.

He lost the primary because HRC rigged the primary. He didn’t have a chance to get into the general because the Clintons purchased the DNC. It was Hillary’s turn because she was part of the Clinton and Bush dynasty where getting elected became more about money and celebrity, than about likability or electability. She’s ironically the cause of why Trump was so successful in 2016.

You had these factors:

Celebrity
Like ability
&
The concept of a career politician

HRC was a toxic candidate, was infamous I.e. not liked, and was a career politician. An outsider TV guy was more electable at that point than her. People also voted for Gary Johnson and Jill Stein in the largest numbers in American history because HRC was so toxic and unlike able.

Christ, not this shit again.

I guess he needs to learn how to cheat better- because Trump outcheated Hilary.

You’re not electable if you can’t win when a Trump cheats.

Also - he didn’t get enough voters to vote for him. That’s how you win.

Also - Sanders has been served in office for nearly forty years - there’s no one who’s more of a career politician than him. Hilary served one term in the Senate. Again - in your mind he’s not the career politician because he was a in office only six times and 34 years longer than her.

You’ve indicated you’re in college - his time in office could predate your parents birth.

Nate Silver and other political analysts had articles in the last two weeks saying the exact same thing. Like it or not HRC didn’t win the primary process, she purchased it. She was no more than electable candidate than the mommy and daddies who spent millions to get their kids into to Stanford or USC.

You’re not electable if you lose.

Hilary served one term in the Senate. Again - in your mind he’s not the career politician because he was a in office only six times and 34 years longer than her.

But Bernie was and still is the most positively viewed senator in the US. This goes into the argument that like ability > career politician status. 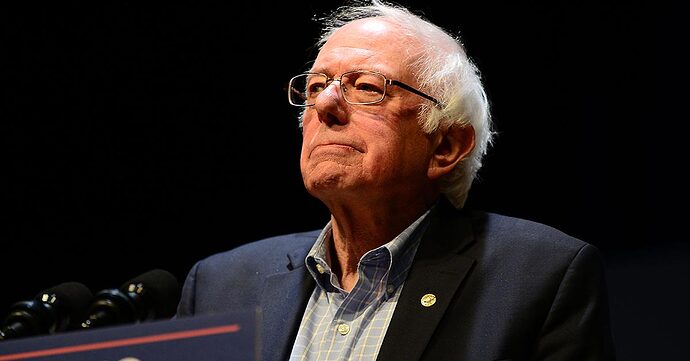 Sen. Bernie Sanders is still viewed favorably by a small majority of U.S. adults. Meanwhile, fellow democratic socialist Alexandria Ocasio-Cortez draws mixed ratings -- and half of Americans are unfamiliar with her.

He didn’t really lose. Would you argue the kids who’s Applications to college who were overlooked because they werent able to afford millions in bribes lost?

Not sure how that makes him a non career politician. You don’t win those elections by people hating you.

I really like the guy down the street- not gonna say he should be President.

The only like that matters is the vote count- and Sanders lost it convincingly.

I’d argue that that’s a bogus comparison as they weren’t running for office.

And also- if they were trying to get into Stanford- they didn’t.

Not sure how that makes him a non career politician.

People are more forgiving about the above list if they’re viewed favorably by a majority. Nate Silver literally said this on 538 a week ago.

They didn’t because someone’s kids cheated the process. That’s why it’s called “The Varsity Blue Scandal”, not the “Varsity Blue Admissions Process”.

So - your definition is that he’s not a career politician because he ran for office and won.

That’s the exact opposite of not being a career politician.