Hmm… All old stuff. Great albums for sure but there are some great thing happening in the genre these days as well.

I’ll be honest, the best band for me so far this decade is thrash throwback, “Huntress”. I am a big fan of the Djent scene too, though. Even some of the weird pop hybrids like Amaranthe.

I’m not fully up on all the sub-genres of metal these days but from the few purchases I do of Western releases it does seem the genre is alive and well.

What I’ve been really getting into lately is a Japanese sub-genre called “girls metal” which seems to operate under very different rules. I might or might not write a post about this. On the one hand I want to share something I’ve found that is good, on the other I really don’t want to deal with the commentary and arguments about why I’m tremendously wrong or why Japan should operate on western ideals.

What, you think Ozzy approved of “Since you been gone” era Rainbow? 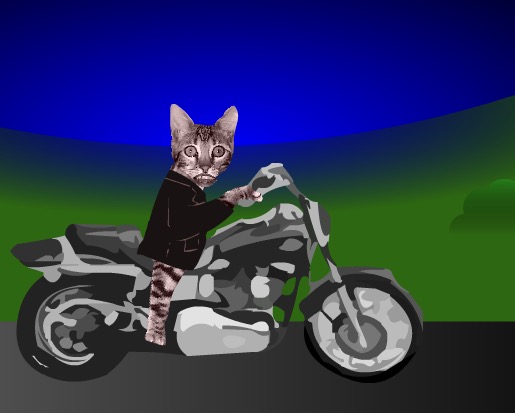 I read somewhere that Rainbow Rising was once voted the Greatest Heavy Metal Album Of All Time and I always wondered when that vote took place and who held it. (Checks wiki… Ah, issue #4 of Kerrang!) I mean, it’s a truly great record, but I’m not sure it lands in anyone’s Top Twenty these days.

“Stargazer” sure is epic, though.

Yeah, they’re all old, but so is Ozzy. I think some of his choices are great records but I wouldn’t call them metal. To me, nothing Led Zeppelin ever published is metal.

(And I feel it’s a toss-up between Physical Graffiti and Presence for their best record.)

Given that Jethro Tull award incident; I’m inclined to suspect that the periodic table has not remained entirely stable over time.

M̈ëtäl should always be Transuranic. Dangerously unstable and prone to producing harmful side effects

I completely forgot about that. If Jethro Tull is metal then early Queen is Death Metal.

Hmm… All old stuff. Great albums for sure but there are some great thing happening in the genre these days as well.

I thought that too. No arguments with his choices, but I’m slightly disappointed with the ‘metal is a historical genre’ impression they convey.

Given that Jethro Tull award incident; I’m inclined to suspect that the periodic table has not remained entirely stable over time.

Hmm. Sore point for Tull fans!
The Grammy category that year was ‘Hard Rock and Metal’, and it’d be entirely reasonable to describe ‘Crest of a Knave’ as ‘hard rock’. Tull did not get a Grammy for ‘metal’.

He’s totally sleeping on Yob. Clearing the Path to Ascend is some of the finest metal ever, and deeply indebted to Ozzy to boot.

So it’s actually a list of ten, and worth clicking through. The five listed here include four that would probably be the top four on Family Feud’s, “Name a metal album” so they aren’t very noteworthy.

Hellbilly Deluxe and Facelift are far more interesting picks and say something about Ozzy’s tastes.

It’s Ozzy, so most of these are his contemporaies. A fair few, I wouldn’t even put in the “metal” pile. They’re sort of grooving along hard rock. AC/DC (Who I’ve never really liked), Alice and Chains and Led Zeppelin shouldn’t be on there.

Also notable: No Iron Maiden, because Sharon doesn’t like them because she’s an insecure little turd.

Mine: For what it’s worth:

I think the “metal as historical” is a function of both Ozzy being fairly up there now, and Rolling Stone’s editors having a tendency to always be stuck in some sort of Golden Age or rock that creeps up a year or two once a decade.

(The magazine does some great stuff, but really…)

What, no Iron Maiden? Heresy!!

Although as @breadlord mentioned, I think there’s a very obvious reason…

Maybe Ozzy is like everyone else; Metal is a pretty big arena and none of us would totally agree on what is and isn’t a “Metal” album at times.