I heard Last Christmas even more than usual last Christmas (pun not intented). I was in Athens, so I imagine that the facts that George Michael (a) had just died and (b) was Greek-Cypriot might have been the reason.

two regimes that pander to those who seek the destruction of the Jews:

Putin is unusual among Russian politicians in not being anti-Semitic; apparently his parents shared an apartment with an Orthodox couple who were kind to him.

As for the wider issue, I remember years ago watching TV with a Reform friend in NY, as one of the Likud people was ranting, and he remarked “Those people are all property developers who failed in NY”. It actually explains a lot about the whole settler thing, as it seems to be about stealing land and then getting apartment blocks built with the aid of US funds; large scale property development is often pretty close to organised crime, this must have seemed a Heaven-sent* opportunity.

*for some unusual value of “Heaven”.

From the list, the furious pace of remakes of that song seems to be accelerating.

I seem to recall that the largest single faith group or domination in the U.S. is now the "None"s - those who do not have or care about a religion. And, world-wide, the unaffiliated is the 3rd largest group (mainly because of China).

Putin is unusual among Russian politicians in not being anti-Semitic; apparently his parents shared an apartment with an Orthodox couple who were kind to him.

Yeah, I doubt he personally gives a damn about such a petty matter as one’s choice of superstition, and if he does he’s smart enough not to blurt his bigotry aloud like the bigoted politicians he funds and supports abroad. What he understands, though, and what his orange fanboi’s advisors understand, is the historic value to right-wing nationalist authoritarian regimes in tolerating and excusing anti-Semitism in their supporters (and there’s a lot of that going on amongst Putin’s allies and his base). It’s always been a lazy and easy way to gain the goodwill of the Know Nothings.

“And Trump reminded his audience of a peculiar focus of his since his early days on the campaign trail: ‘We’re saying ‘Merry Christmas’ again!’”

If they only knew that Christmas was actually based on a pagan holiday.

He’s correct, of course. We do worship god in this country. It says so right on “him”: In God We Trust (This note is legal tender for all debts, public and private)

Our boy may need to go to confession.

Silly, they don’t mean that false Catholic god, they mean the good old Supply side, protestant Jesus! The WHITE one… not the black Protestant Jesus.

Pandering to zealotry is par for the course for Trump, but speaking with an actual hate group as identified by both the Southern Poverty Law Center and, er, Newsweek seems like publicly throwing all care to the toilet as far as even pretending to give a crap about the majority of America.

These are the anti-LGBT flyers handed out at the event.

The president is addressing the Values Voter Summit today. Here's what they're giving guests in a swag bag: "The Hazards of Homosexuality" https://t.co/eRufvSncc0 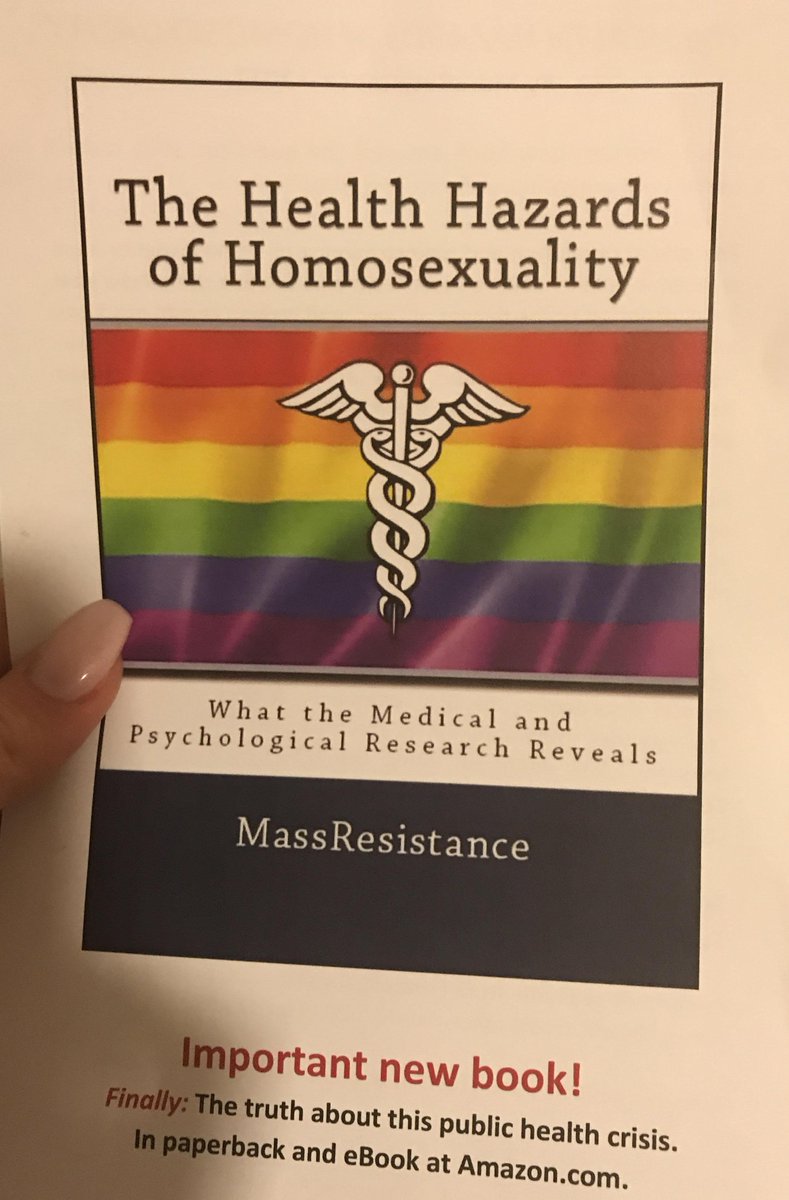 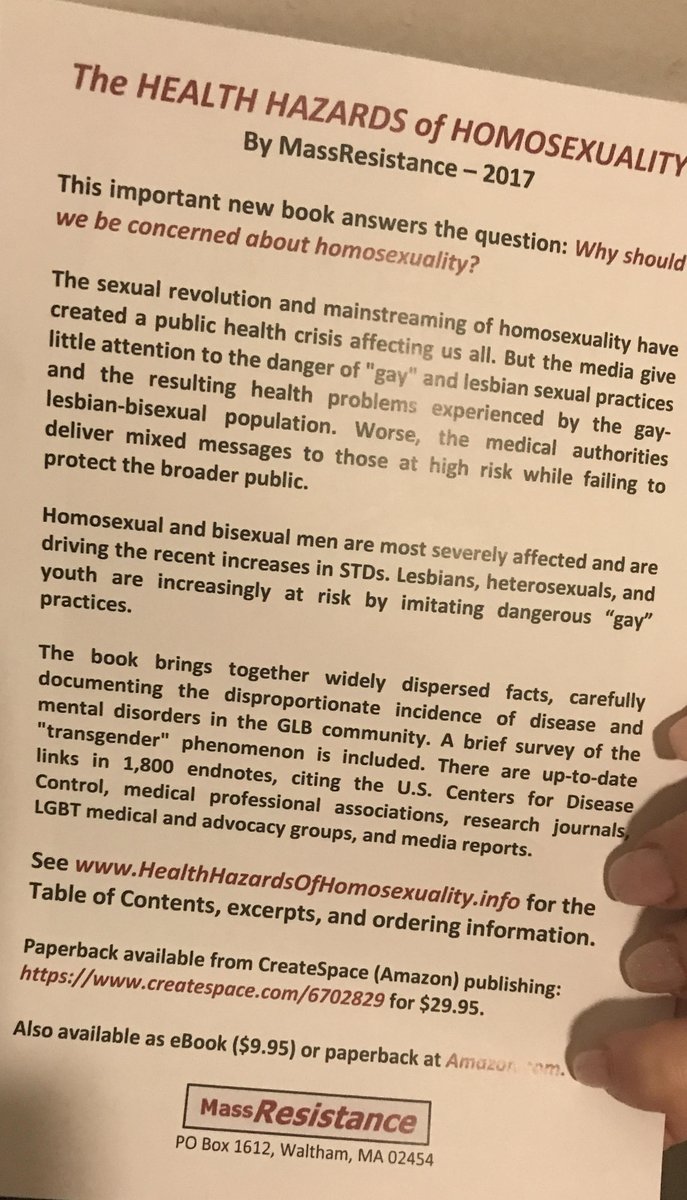 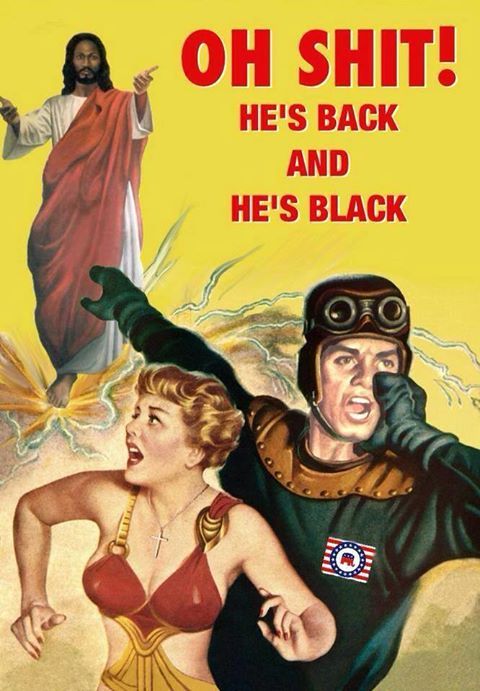 Just go to a mall or department store that features a black Santa Claus and you’d get a close enough idea.

Not a member of any church - and is unwelcome at some he tried to claim membership in:

This is just infuriating to me. Obama attended church regularly for years before he ran for office and his detractors still steadfastly refuse to believe he is Christian (even while attacking him for his former Pastor’s sermons). Trump could get third-degree burns from touching Holy Water and his supporters would still take his claim of being a dedicated Christian at face value.

On the topic of the SPLC, and fake news and malicious ad campaigns…

I saw a commercial on Youtube just the other day which was trying to cast the SPLC as a hate group that incites violence.

These assholes, though. ha ha. A quick spin through PragerU’s online presence, they don’t have a leg to stand on.

What was sinister is that it was clearly targeted at people who were watching immigrant related media on Youtube. (Asian-American comedians specifically was what I was watching, such as Jimmy Ouyang or Aiko Tanaka)

Trump could get third-degree burns from touching Holy Water

As a Christian, though not an American, I’ve long been disturbed by the specifically American parts of Christianity; to me, it seems they double down on the trappings of Christianity, while abandoning everything that Christ taught and stood for. And seeing a Mammon-worshiper like Trump, who couldn’t even convincingly fake Christianity, blathering about how America is Christian is especially unpleasant.

I recommend this version:

There’s an intersection between Christian fundamentalists and bigots who want to push policies that force their views on other people, and punish people they don’t like. There’s no simpler way to put it, and it has a long history in the US.

Trump’s rabid insistence that he’s responsible for Making Christmas Great Again and his use of a mainstream secular/Christian holiday as a campaign platform is doing an exceptional job of turning ordinary families away from celebrating it.