I really dug Anson Mount’s take on the character in Discovery, same with Rebecca Rominji. She’s pretty much spot on for the original no. 1 from the pilot played by the first lady of Star Trek, Majel Barrett… I mean, look… 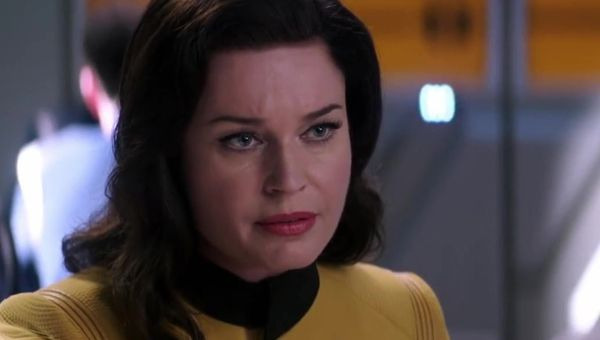 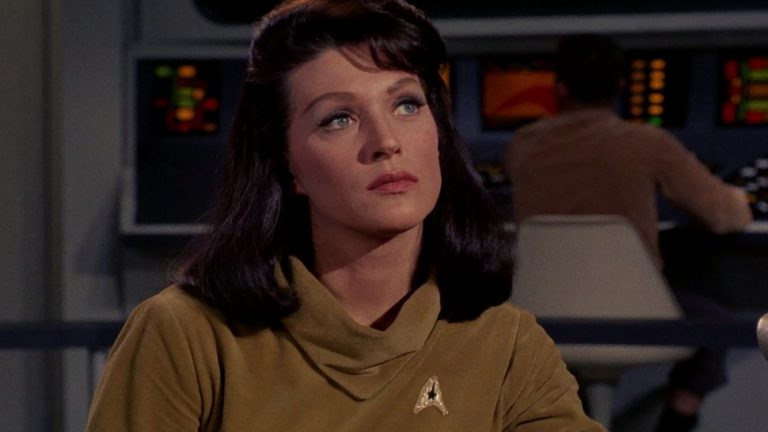 Anyways, it seems like this is going to go back to the original formula of the original series - more action-adventure, monster/puzzle/planet of the week kind of thing.

I’m here for the plethora of Trekness, even if you gotta either subscribe to another service or wait for physical media…

Also… I personally really love Discovery… even if I hate the Klingon revamps… I mean, everyone knows that the only real Klingons are the TNG/DS9/Voyager era Klingons…

Also… probably an unpopular view, but I liked Klingon in disguise Ash Tyler…

STAR TREK: STRANGE NEW WORLDS is based on a Captain Pike, Number One, and Spock that appeared during another recently aired Star Trek show, Discovery , that I kind of heard about but then meh.

Regarding Captain Pike’s experience aboard the Discovery, he’s become arguably one of the most selfless Star Trek captains ever!

The Vulcan in me rejoices.

I LOVED Anson Mount playing Pike! That season (2, I believe) was my favorite season of Discovery!

, that I kind of heard about but then meh.

Then you missed out on some great Trek. Peck did an amazing job as Spock. Can’t wait to see more of him.

Yah, that’s not what happend. Pike didn’t die. Confined to a wheel chair and could only answer in binary sure. But not dead.

Kirk did not take command after Pike died, Pike had already been promoted to fleet captain and thus was no longer captain of the Enterprise at the time of his accident.

Thank you for your attention on this matter.

Your logic is undeniable.

The Vulcan in me rejoices.

I’ll raise your eyebrow with a pinch on the neck. Ha!

based on a Captain Pike, Number One, and Spock that appeared during another recently aired Star Trek show

I never saw Discovery; did Number One ever get a proper name? Or was the twist that “Number One” is actually her legal name?

Well, she is referred to as Number One in some official proceedings, so…

My best guess is that they pull a The Prisoner and reveal that Number One was actually Number Six all along.

Paramount announces another Star Trek show?
It was announced 2 years ago. 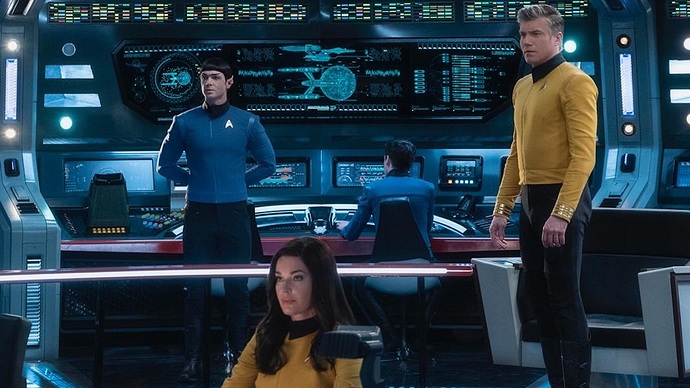 CBS All Access announces Star Trek: Strange New Worlds, which will explore Captain Pike's time in charge of the Enterprise.

Good god, let’s just poke this corpse of a franchise with a stick a few more times. At least don’t do an alternate universe episode. Spinoffs always turn to crap whenever that plot is revived.

I never saw Discovery; did Number One ever get a proper name? Or was the twist that “Number One” is actually her legal name?

She was called “Una” in the DISCO series 2 finale, which was both a reference to Trek novelist Una McCormack and a callback to her being called Una in one of the novels. Promo material for SNW has called her Una Chin-Riley.

In a fun connection Rebecca Romjin is married to Jerry O’Connell, who plays Jack Ransom, first officer on the USS Cerritos in Lower Decks

Though if I was Pike - after that reveal of his future in the Klingon monastery? I would never step foot on a starship again.

I suspect that’s why he’s riding a horse on an open range. Horses are not typically known to explode and release a flood of delta radiation.