Now he’s not tax exempt, it must be time for an audit. 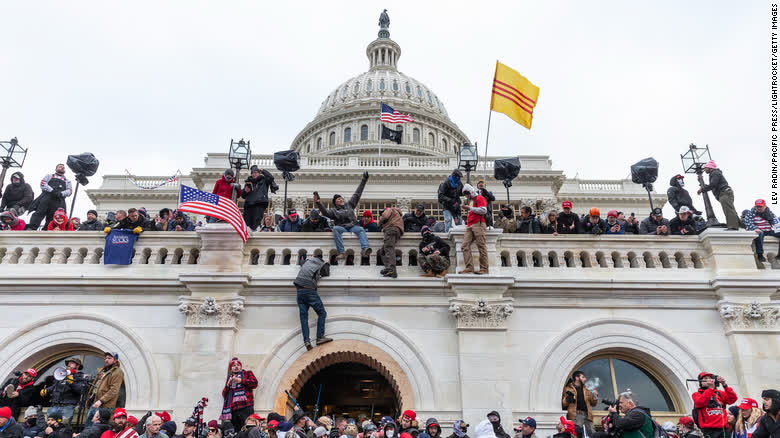 Assault on Democracy: Paths to Insurrection

The Oath Keeper. The believer. The pastors. The Proud Boy. The cowboy. The political operative. Each played a role on Jan 6. Hear their stories.

If I were in charge, I’d get the IRS to ringfence the tax they collect from this appalling skinflute’s church and use it for providing grants to Planned Parenthood…

“Drag him out, in Jesus name! Drag them both out.” What the heck:Do the ushers/deacons in his church serve as bouncers? What kind of church needs bouncers?

Another thing. These TV preachers make so much money even without 501c3 they can buy all the private jets and tour buses they want.

The IRS will never go after a church or a billionaire, and this church will never pay a cent of taxes.

“But he renounced his 501c3 in front of thousands on television!”

Riiiight. He’s a preacher, every word out of his mouth is a lie. Always and forever.

Yeah, put me in the “call me when it happens for realz, with actual paperwork, rather than rhetorically,” club.

he’s already got his safe room stacked high with cash. i predict he will soon hand off the reins to a new pastor (sorry about losing the tax exempt thing, man), take the cash and go below ground somewhere for a while. then miraculously start a new church somewhere else, with tax exempt status, of course.

So…if he hasn’t actually dropped his 501c3 status, and I suspect he hasn’t, is he committing fraud?

Sure he said that, but we all know he did no such thing. No grifter willingly gives up any way to make money. They get his 501c3 when they pry it out of his cold, probably gay (*) dead hands.

(*) it’s been my experience that the most virulently anti-gay people are the people most struggling with their identities having shoved themselves so far in the closet the only way they can deal with their desires is to lash out in hate at the very thing they desire most.

I’m surprised he’d take that tack. The evangelical playbook is to now complain you are being discriminated against because of your religion. Any conservative thinktank would be dying to throw money at them to help a lawsuit. And the SCOTUS would go 6-3 to support them. What is Locke thinking??

Pastor, when will you be writing that check to the IRS?

Ding, ding, ding. He’s trying to head off an investigation by claiming he will forgo exemption. That implies he’s got much deeper tax evasion problems, or equally dubious criminal activities he’s been engaged in. Which would be ZERO surprise to me, because all these right-wing terrorists are among the worst criminal elements in our country right now. More than happy to spout conservative Christian hatred while engaging in every violation of the very belief system they espouse.

Hope they investigate him anyway. I’ll be over here with popcorn, because it’s going to go exactly the same way the recent investigation into sex abuse in the southern Baptist church has gone. Full of REALLY bad shit.

If he has actually lost his tax-exempt status, I expect him to soon to face charges for tax irregularities.

You get out, you baby butchering election thief!"

I’m also pretty sure it’s against Church doctrine to announce what sins an individual congregant has or has not sought absolution for in the privacy of the confessional.

It’s also a morally and ethically shitty thing to do, regardless of your religious affiliation.

…, or equally dubious criminal activities he’s been engaged in. Which would be ZERO surprise to me, …

The United Church of Canada and the Ismaili Muslims would, in my experience, still qualify.

I couldn’t find his EIN or charity listing for Global Vision Bible Church or variations in Tennessee.

They’re easy enough for any religious grifter to get, so he probably has one, but it’s just odd.

Amen! Tax exempt status is a transparent violation of the first amendment because it puts the government in the position of deciding what is a religion and what isn’t. How this ever became law in the first place, I will never understand. People say SCOTUS became political recently. I think it always was. There are some early rulings that are just a bad as recent ones like Citizens United, overturning Roe, etc. That these legal scholars allegedly at the top of the field can make arguments that every school child sees are patently stupid, calls the entire institution into question.

Unlike the UK, the Canada Revenue Agency never published its reasoning for denying Scientology charity status. (In fact, it was rather hush-hush that they had denied it, with provincial and municipal govs not in the loop for years after.)

I don’t know if there have been open legal battles that show how the CRA decides. 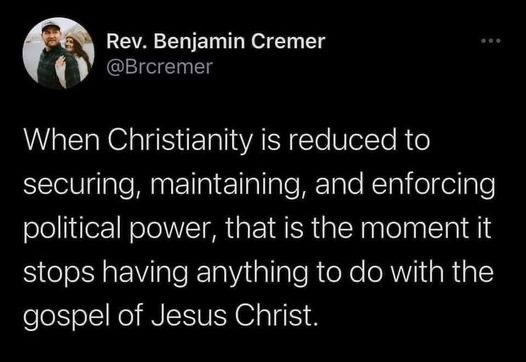