I really enjoyed believing is seeing by Errol Morris which deals with some of those topics except for with still photographs.

It’s just such a shocking central idea. Nobody wanted to see the truth. Horrifying. It’s like I wonder why most countries didn’t take in Jewish refugees before the war. It doesn’t seem to have entered the public discourse as a way to deal with repression. I argue with politicians here that popular reform to laws on gender recognition, women’s bodily autonomy, and gay rights come with a tacit commitment to be a welcoming country for refugees seeking asylum from repression on these discriminations.

It isn’t yet part of the general discourse, though honestly I haven’t had any pushback from anyone I’ve tried the argument with.

seriously, what ever happened to people punching nazis? why don’t we still do that? that was quite the appropriate response.

that was quite the appropriate response.

Asked my dead French Dad, he says punch away.

The thing that puzzles me about holocaust deniers is that they clearly want to do something similar again. It’s like a fractured cognitive dissonance that they think no-one else can see. 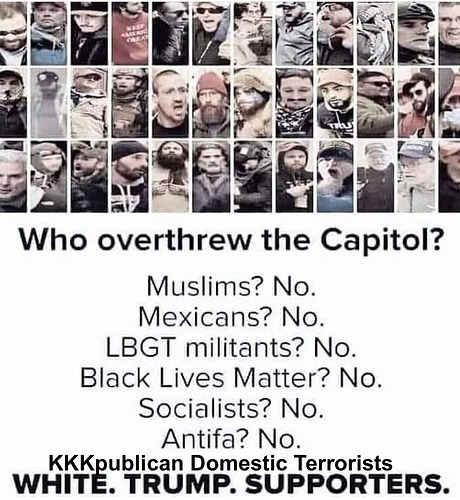 I like where this is heading! Totally on board! Ridiculing Cawthorn for what? For being an idiot, for his regressive views, for his tenuous grasp of history, for punching innocent trees…?!

“…for using a wheelchair.”

Oh. Not cool, Fuentes; not cool. That’s perhaps the only thing for which Cawthorn shouldn’t be ridiculed.

You would think Rep. Paul Gosar (R-AZ), the new fresh face of the Republican Party,

Nothng ‘new’ or ‘fresh’ about his b.s…
It’s just that You Know Who made it possible for those of his ilk to openly proclaim who they are, without fear of repercussions.
Call 'em what they are… Fascists.
‘Republicans’ are a vanishing breed, & referring to these people as ‘Conservatives’ is just putting lipstick on a pig.

couldn’t possibly do anything new that would reveal himself to be even more despicable than [his brothers and sisters have been telling us for years.

They stopped using mere shovels to deepen that hole & have resorted to backhoes. There is no limit to how far they will go, if given the chance.

This time Gosar managed to burrow even deeper into the fetid swamp of racism by announcing that he’s holding a fundraiser with Holocaust denier Nick Fuentes.

No surprise, there.
What would surprise me is if the DOJ is working behind the scenes to hold You Know Who accountable, as well as his toadies, sychophants, enablers, financiers, etc.
This would include every Congresscritter who voted against impeachment, as well as all those officials & disinformation specialists who choose not to recognize the results of the election.

Not gonna hold my breath on this, though I would dearly love to see the majority of the members of the Texas state government being frog-marched off to prison.

Holocaust denial is one of the oldest forms of trolling in mass media. It is not a view of people who are ignorant and just didn’t know any better. It is deliberate lying by people who support mass murder. 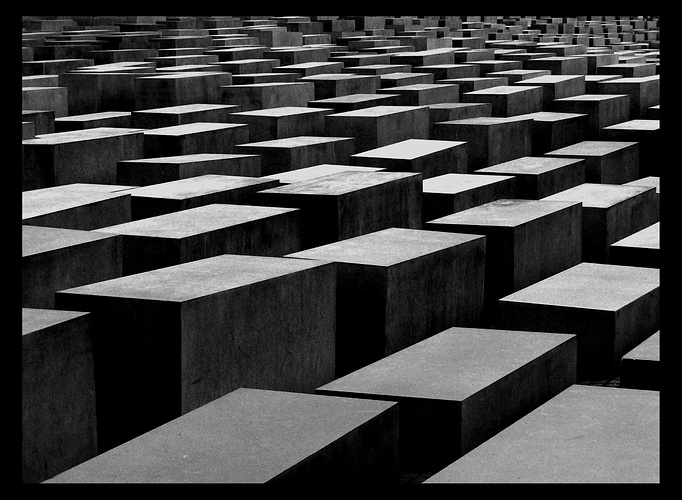 A digital archive of the 2000 David Irving v Deborah Lipstadt libel trial and educational resources to aid in debunking the myths of holocaust denial. 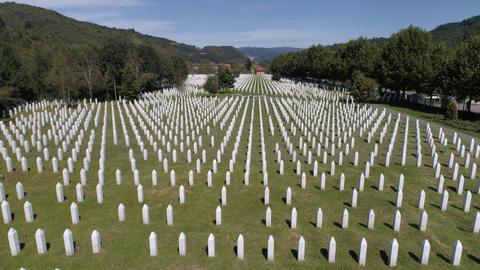 Genocide denial has comfortably situated itself in mainstream discourse after a systematic effort to minimise the crimes committed against Bosnian Muslims in the 1990s.

seriously, what ever happened to people punching nazis? why don’t we still do that? that was quite the appropriate response.

The ironic sign in the background – Fight for Socialism, not Barbarism – also urges strong action. Nazis (and Fascists, for that matter) want the rest of us gone, and… if not simply gone… dead. They shouldn’t be surprised when dissenters go barbarian on them and they end up with a black-eye. Pushback, as a concept, should not be a mystery to them, yet there they are out in the open, happily spouting their vile evil shit as if they’re protected by some force-field.

Getting weak. My gramps shot them like it was his job. Well, honestly, it was. Now there is pearl clutching over whether we should even call them out for what they so-proudly boast of themselves. I would love to ignore them, but they are like termites in the walls. Ignoring them tends to end badly.

As did one of mine.

My other gramps dropped tons of explosives and incendiaries on their homes, concentrations and workplaces.

I watched the aftermath of the Bosnian genocide. I guarded the graves of victims from Tusla buried in a ditch in Donja Glumina. I talked to the mother’s of victims… It boggles my mind that these events are denied.

ETA: Check out all these crisis actors! 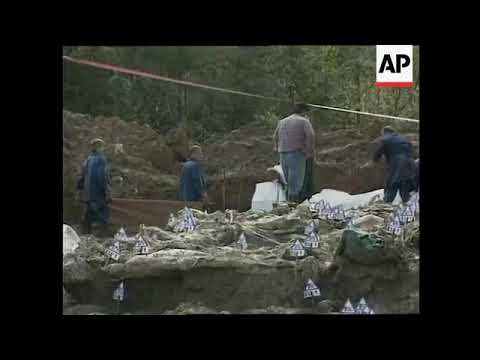 ETA #2: okay not in a happy place. There was one mother who showed up to the dig who was saying “I hear my son, he’s calling for me!” but we had to keep them all away. There is another thread about a phantom phone call from the Miami condo collapse and it reminded me of this.

One of mine as well; I ended up with a war bring-back he ‘acquired’, although I have no idea where (or who) he got it from…

On behalf of the sane people in this state, I’d like to apologize for electing this waste of oxygen to public office.

Man, this guy picks fights with [natural allies] Charlie Kirk and Ben Shapiro?
His kindergarten report card must have included the phrase:
“Does not play well with others.”

The thing that puzzles me about holocaust deniers

Yeah, their line is reliably: “It didn’t happen!! But if it did happen, it wouldn’t have been such a bad thing…?”
Pick a lane, deniers!

My gramps shot them like it was his job. Well, honestly, it was.

My Pop-Pop, too. He did not go all the way to Europe to shoot, punch, and bayonet nazis to have nazis here in America… he and your gramps and @Mangochin forefathers fought them over there so we didn’t have to do that anymore. He’s rolling over in his grave, I’m sure.

It boggles my mind that these events are denied.

The thing is, the perpetrators and their supporters know what happened, and are happy about it. I mean, Laibach tried to warn people in 89 about what could happen next, with the language being used by Milosevic… did people listen?

No, hard to hear over the concern about hurting their feelings. Or the “Stop it, it can’t happen here, you are just being dramatic.” idiots.