So we then shorten it to PILLCare

Someone put that guy in marketing.

It’s a tough PILL for most to swallow, but the bill we got is not the one Obama wanted, even though that one as ineffective s it was, had been something Mittens had going in Massachusits.

I think the insurance companies are trying their hardest to make it fail.

I got a subsidized silver plan during the recession when my earning was really depressed. Earning is back, subsidies are removed, but now I can not afford the silver plan any longer, at least not while I am trying to payback the hole I dug during 8 years of recession. So its not working for me either. But its all I’ve got.

I think that “Obamacare” is not the best term, I would call it “Pharma/Insura/Lobbyistcare”,

Gotta agree. There are parts of the ACA that were desperately needed (the nullification of pre-existing conditions comes to mind) but holy hell, how could anyone not see that the combination of mandatory insurance, state subsidies, no price controls on prescription medications, and lack of public/non-profit options (all while doing nothing to reduce the profit incentive for private insurance companies) was a bad idea?

Maybe I just don’t understand the economics of medical insurance in the U.S. but that combination struck me as being effectively a free handout to private insurers and pharma companies.

But he’s not telling us what it is.

But they have - Trump has stated its HSAs. So instead of us all getting together to insure and protect each other from unexpected cost of illness, they are essentially saying Everybody has to Self-Insure. That will work out really great for poor people. Hell, with the cost of healthcare, that does not even work for middle class people. Remember that money you were going to use for retirement - park it in your HSA instead, so Wall Street can play with it and give you teeny tiny interest on that.

" . . . the end of his quixotic quest to repeal the Affordable Care Act"

As others have likely pointed out by now…the Republican “option” is that you simply get to die, unless you’re well off.

Poor? Just go die. No shits are given if you go broke in the process. Not only does no one give a shit, it’s a “GOOD THING” that no one cares. That’s capitalism. Being selfish assholes, while watching others fatally struggle, is what will make America Great. If you’re one of those people that can’t regularly fuck other people other without a slight bit of hypocritical guilt (probably from Jeezus), just give a little bit to charity now and then. Problem solved.

Nevermind the Christianity I grew up with preached helping those who are without and giving a hand up to those that are down. I suppose ‘shit I’m seeing everyone benefit off of my work’ trumps that.

If you chase this rabbit any further you’ll likely get back: “well yeah, but Jesus didn’t make anyone help anyone else, it’s just encouraged. It’s not Christian to make people help others - they have to choose to do so.” Way to hang on a technicality, loving Christian neighbor that presumably loves all people as Jesus did.

We actually have a plan to replace Obamacare.

Oh? Do tell! Last I checked, all you were doing was voting to repeal it without anything at all to replace it!

Maybe I just don’t understand the economics of medical insurance in the U.S. but that combination struck me as being effectively a free handout to private insurers and pharma companies.

Can’t really argue with that perception, but the important thing is that it’s in place–and after tomorrow (hopefully) will be permanent. 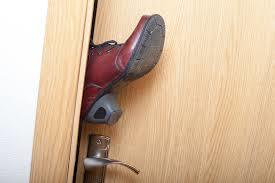 Now comes the improvement and refinement phase. One doesn’t simply walk into a single payer.system.

That…is the most apt visual analogy of the ACA I think I’ve ever seen.

It did include the requirement that 80%? I think of premiums go to paying for care, which basically means that the insurance companies have to run themselves and profit out of the 20%. I don’t think that is a perfect incentive structure, but it is something.

Fundamentally, however, obamacare accepts the ideological and campaign-finance-corruption driven imperative that private for profit insurers must be a middleman. IMO private for-profit insurers are one of the key reasons that US healthcare has done so much worse than other countries at controlling cost for the past 50 years. So its a bit… ‘given that this office is on fire, and we have decided to keep it on fire, how do we make everything fine?’.

So we tried it. One last ditch effort to make our for profit insurance system work. The invisible hand just had to get off its hand-butt and figure it out. It didn’t. Time to take another few steps toward one of the systems that works so much better than ours in the rest of the wealthy world.

Personally, I think that “Obamacare” is not the best term, I would call it “Pharma/Insura/Lobbyistcare”, but that takes too long for a soundbite.

the word you’re lookin for is Romneycare.

Hoping for “Clintorcare” but sadly expect public option to be dubbed Hillarycare.

It did include the requirement that 80%? I think of premiums go to paying for care, which basically means that the insurance companies have to run themselves and profit out of the 20%. I don’t think that is a perfect incentive structure, but it is something.

Optimistically, it was supposed to make sure companies weren’t just hiking premiums to pad their bottom line.

Realistically, it’s just meant that companies have seemingly reverse-engineered the necessary rate hike to get the desired amount of additional money each year out of that permissible 20% “profit and operations” overhead, on top of the ever-increasing actual costs of health care. Hooray?

As necessary and ultimately timid of a first step as the ACA was, the only thing worse than leaving it in place as-is forever is repealing it, which is all the Republicans have ever offered to do. They’ve had almost 8 years to tell us what they want to do, and insurance companies have had almost 8 years to not act like complete dickheads. Time’s up.

I think that Obama got it from a scheme that was cribbed from Romney, who had gotten it from Goldwater or someone like that. Crazy how far right our supposed center has gone.

I agree. But for some perspective, the current ACA got passed within the 6 month period between Al Franken’s certification and Scott Brown’s election, when Democrats had 60 votes in the Senate. They needed all 60 votes to get cloture since not one Republican was willing to vote to “not filibuster”. This even involved bribes to some blue dogs like Ben Nelson in order to secure his vote and squeeze it through with 60 votes on Christmas Eve 2009. If the ACA was one ounce more progressive than it was, it might not have passed in the broken system we call the US Senate.

think that Obama got it from a scheme that was cribbed from Romney, who had gotten it from Goldwater or someone like that. Crazy how far right our supposed center has gone.

I always went with the idea of Obama gong ‘hey this is proposed by their people. We can pass this get some feel good bipartisan shit going on, and then go on a positive note.’

They’re going to replace Obamacare with a gofundme account. Unexpected cancer? You better hope you have friends!

We don’t know. We own a tiny retail business. 2017 could be great for us, or it could be devastating. How can we know in advance, with Trump in the mix? The stock market tanks any time something positive happens for him. Our sales have been dropping for two months straight. Every day closer the election is that much less in gross revenue.

It’s a tremendous risk, and for what? In 2016, my family of four went to the doctor twice. We paid something like $4000 for insurance (not including Medicaid/Medicare, which is a separate thing we pay but can’t get), plus the full cost of those visits at a Duke Healthcare location because they weren’t wellness visits. My son had a painful wart on his foot and I have vericose veins in my right leg below the knee. I regret getting those diagnosed and on the record. Each doctor visit was something like $100 out of pocket with our Bronze level plan. It’s expensive to go to the doctor. Like many towns, there is a micro-monopoly on healthcare here. Duke owns just about every practice and hospital location in town, and they’re not cheap. Also, they’re at war with the the only insurance provider in town.

My family’s insurance cost for 2017 would be either $6500 or $14760. But right now in this moment I am saying that I can’t afford the jump to $6500, and I am looking at other options. Hopefully Clinton will elected and our sales will start to grow again.

The cost of care just goes up and up and up. Until someone starts asking why a pill costs $400 and why a night in the hospital costs thousands, the insurance companies will be screwed.

On the other hand, it’s stupid that anyone thought it was a sustainable idea to include a mandatory for-profit layer between the care provider and the patient. On the other other hand, the only insurance provider still on the market in North Carolina is Blue Cross Blue Shield, and they’re a theoretical nonprofit in this state. But “nonprofit” is pretty fungible. I guess after you pay all the bonuses and brobdingnagiwages, there’s no profit left to sprinkle on the anointed.