Had profs this toxic. Deep resentments.

it doesn’t make sense to me that institutions protect that level of bigotry.

how could she ever be trusted to give a fair grade or fair advice?

It’s rare that Swanson is able to find a guest who matches his level of toxic awfulness. They both must have been thrilled to find themselves in each-other’s company.

It frequently seems to, which surprises me. When a professor is so overtly hostile to whole groups, that seems like a kind of fundamental disqualifier for teaching students who will be of those groups, not least of which is that it would reasonably open up the school for lawsuits.

Well, the difference is weird and subtle. So, as a tenured Professor of History, I could stand in front of a class and say “Slavery in America was great, and Black people are better off for it, and actually enjoyed the luxurious life it provided for them.” That’s full protected, because it’s in my area of expertise. But if a tenured Professor of Art says the same thing, they are not protected and can be fired.

So, tenure gives you the ability to be hostile, racist, and vile to whole groups, as long as your stay in your academic lane about it. It’s stupid.

“Academic freedom,” though, is usually situated in institutions, not individuals. Institutions, in turn, generally protect faculty by extension. But this hasn’t made it to the SCOTUS, only to various Circuit courts, not all of whom agree on the particulars.

Does it matter whether it is an in class lecture/discussion, vs outside of the class room?

Generally, no. As long as the person is not claiming to speak on behalf of the institution but is instead simply noting their affiliation, they are covered. At that point is becomes a First Amendment issue.

The AAUP, arbiter of all things “academic freedom” says:

In their extramural utterances, it is obvious that academic teachers are under a peculiar obligation to avoid hasty or unverified or exaggerated statements, and to refrain from intemperate or sensational modes of expression. But, subject to these restraints, it is not, in this committee’s opinion, desirable that scholars should be debarred from giving expression to their judgments upon controversial questions, or that their freedom of speech, outside the university, should be limited to questions falling within their own specialties. It is clearly not proper that they should be prohibited from lending their active support to organized movements which they believe to be in the public interest. And, speaking broadly, it may be said in the words of a nonacademic body already once quoted in a publication of this Association, that “it is neither possible nor desirable to deprive a college professor of the political rights vouchsafed to every citizen.”

And, this is why Penn’s lawyers would probably tell them to leave her alone. If they de-tenure her, she’ll sue and the case will drag out and Penn is likely to lose, even if she’s clearly in the wrong. I think Penn could make a good case, but that doesn’t mean they’ll prevail.

I mean, look what this guy got away with: 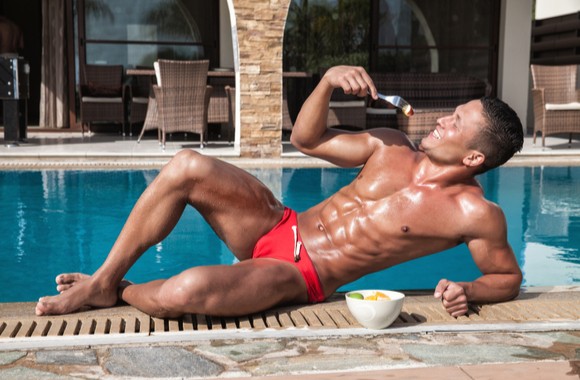 Does it matter whether it is an in class lecture/discussion, vs outside of the class room?

Apologies, I didn’t read this carefully enough. Yes. lol. If she says offensive stuff that is outside of her area of expertise, and she’s inside the classroom, she’s not protected by academic freedom.

And, no: If she’s outside the classroom, then she has to be careful not to appear as if she is claiming to represent the institution, and careful to avoid appearing as if her expertise on this subject derives from her field at Penn. I think she’s done the latter (“I’m a Penn professor of law, and this is what I study” is implied here, I think).

Tucker: “First of all, I hate thinking in terms of groups anyway, because what matters is the individual.”

[Goes on to demonize groups.]

What a couple of racist shitheads.

It’s just weird how often I see profs opining well outside their area of expertise, about how certain classes of students don’t deserve to be there, and the university just sort of shrugs. It seems like they’re calculating that those students will avoid that teacher, or if they’re forced to take a class from them, be unlikely to sue no matter how they’re treated.

Amy Wax is a giant cartoon racist – but I also suspect she really, really, really wants to get fired so she can jump on the semi-lucrative “I HAVE BEEN CANCELLED!” gravy train.

Now there’s someone you can trust to grade minority law students fairly. /s

So she’s a law professor…

And that alone makes one shudder…

“We white men built everything by not allowing anyone else to participate…except the slaves who we actually used to build some of the stuff.”

I still hear this sort of thing in descriptions of “the men who built the railroads,” as if the robber barons who ran the show personally went out and swung those hammers. Its as if the thousands of immigrants who actually did the work never existed. The Great Man waved his hand and the Transcontinental Railroad sprang into being.

, really wants to get fired so she can jump on the semi-lucrative “I HAVE BEEN CANCELLED!” gravy train.

that sounds about right, and tukerson carl wants the outrage too. still if either of them do want consequences for their actions, i’m all for there being some

i mean look at it this way: they’re actively hurting people, and even placing them in physical danger. the two of them would only share the smallest amount of that pain if they lost their jobs

If she would shut the fuck up, now that would be an outsized achievement.

The AAUP has no legal authority, least of all to decide what is and is not protected speech. They are in some sense the recognized guardian of the principles in the famous joint statement with the ACE and the AGP. Most respectable institutions want to be seen as being on board with that statement, but (except in the rare places where the AAUP is the recognized faculty bargaining authority) they have no standing under the law.

This is generally true as well for tenure. If it is a component of a contract, even if only implicitly, then it offers protection from being fired capriciously, but that’s because courts recognize employment law. Tenured faculty can generally be (and are) fired for violating these contracts as well, though often a soft exit is arranged instead to try to maintain the illusion of respect for the principle.

The idea of staying in one’s academic lane is a tricky one. Your example of an Art professor is an interesting one, as Arts faculty generally (rightly) consider every aspect of the human condition within their purview. If the faculty in Art, Theater, Literature, etc at your institution are not regularly speaking out, on campus and off, on controversial matters of public concern, then yours is a very unusual campus.

In the case of the asshole from Penn, as long as she doesn’t pretend to be speaking for Penn she can probably say whatever the hell she wants off campus, and on campus is only in danger at the moment an administrator wants to sack her, at which point the question becomes whether a court agrees with her or with the campus on whether her behavior constitutes a violation of the terms of her employment exceeding whatever promised protections tenure supposedly gives her under that contract.

Carlson added, “You don’t show up in someone else’s country and start attacking them.”

She’s already on that train. How do you think she landed on Carlson’s show? The last time she opened her mouth and spouted some racist nonsense, the students at Penn damn near revolted and demanded she be fired. I guess, because tenure, they couldn’t, but they did remove her from teaching any required 1L courses at Penn, so no student of color would be forced to take a class from her, and she immediately started crying about being canceled.

Her parents, by the way, are immigrants from eastern European countries which have absolutely been described as shitholes, so her objection is clearly not to immigration or children of immigrants, not even those from “shithole” countries. Her objection is to the student’s race. She is, as you say, a giant cartoon racist. I am so glad I didn’t go to Penn Law. I did visit when I was looking at schools, but the vibe of the place screamed all the worst aspects of highly competitive law schools, so I noped out of my visit before it was even complete.

I am just glad that the eye-mouth thing seems to have run its course, the abstract painting look is much better for me personally.

Different contributor. The shoops are Beschizza. 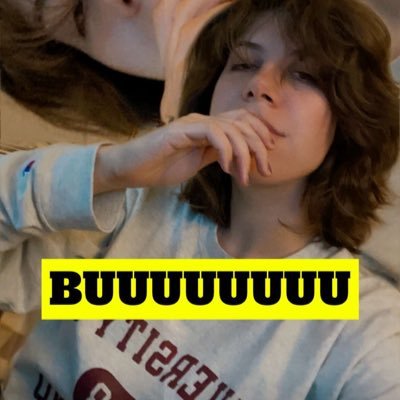 I’m really not sure what to think about this, except that around the 12-14 second mark, I wondered whether this was a parody and/or there’d be some surprise Chuck Tingle tie-in