Photography: What If Girls Were Browsers? What if Guys Were Social Networks?

Thank goodness they didn’t do one for 4Chan. 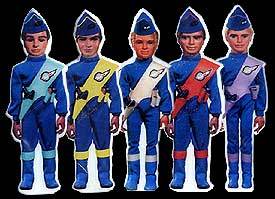 My first thought when I saw the IE girl

OS-tans are so much more expressive and original.

The OS-tan is an Internet meme that originated within the Japanese Futaba Channel. The OS-tan are the moe anthropomorphism/personification of several operating systems by various amateur Japanese artists. The OS-tan are typically depicted as women, with the OS-tan representative of Microsoft Windows operating systems usually depicted as sisters of varying ages. Though initially appearing only in fan work, the OS-tans proved popular enough that Microsoft branches in Singapore and Taiwan used the O...

This seems incredibly accurate because I would really like to beat up all of those people.

These are all really creative, which makes the facebook one stand out a bit as a sore thumb to me. It looks like a Mark Zuckerberg Halloween Costume Ad. All of the others are independent of any founder or major figure in their development.

(Also, this is the most appealing Internet Explorer has ever been.)

I dunno. It would have been fun to see them design a new Gwar costume.

Rest In Peace, David Brockie. We all miss you down here.

(Also, this is the most appealing Internet Explorer has ever been.)

I guess the point is that she’s the first one you see and it looks like the most money has been spent on her clothes. In the end though, all you notice are the vacant eyes staring into space and the really big watch.

I would love to see what the Linux browser grrrlz would look like! Such as Konqueror, and especially the text-only ones such as Lynx, Links, and ELinks.

This post is too neutral. How am I supposed to know if I’m delighted or outraged?

“Each software app has its own personality” …which, by an amazing coincidence, is perfectly embodied by the color scheme of its corporate logo! So glad you didn’t have to do any research to put this spread together…

Not to mention Chrome’s sister Chromium.

You think IE would be in shape?

The Windows one should just be a picture of Homer Simpson hammering crayons up his nose.

Almost like the clothes in Esquire, except a lot more practical. Esquire shows similar $2,000 suits that are worn with no socks and the pants cut short enough to expose a couple inches of bare ankle. Because gals swoon for a guy that dresses like PeeWee Herman.