Robert Evans also did a pretty good overview on Behind the Bastards, 3 episode arc. Also there’s the Knowledge Fight podcast.

Don’t forget his cameo in A Scanner Darkly. 60% chance he didn’t know he was in a movie and thought it was all real.

I think the most frightening information in this episode is the claim by his ex-wife that yes, he’s playing a character, but the character is toned down from how wild and unhinged he actually is.

Also glad that ALAB is back after almost a year. Not especially surprised that it’s because they got sued, although I am surprised at who the litigant was.

Hard to believe there was a time when he was considered to be a harmless enough local crank to be featured in a Richard Linklater film. 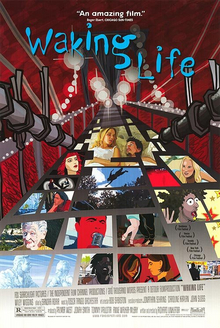 Waking Life is a 2001 American experimental adult animated film written and directed by Richard Linklater. The film explores a wide range of philosophical issues, including the nature of reality, dreams and lucid dreams, consciousness, the meaning of life, free will, and existentialism. It is centered on a young man who wanders through a succession of dream-like realities wherein he encounters a series of individuals who engage in insightful philosophical discussions. The entire film was digit...

I haven’t seen it in years, but he seemed much more agreeable back then. Maybe it’s just because I was an edgy teenager.

Linklater had featured Jones in a previous film, Waking Life. an Austinite, Linklater knew of Jones and his reknown as a local kook, which is why he is in this totally fantastic dreamlike picture.
Scanner Darkly came after, so chances are good that Jones very well knew he was in a(nother) movie. hell, it’s been so long since i watched Slacker that Jones could very well appear in that old piece of Austin (my actual birthplace and hometown).
but, since you asked, here is the clip from Waking Life. do look up the entire movie - it is really trippy 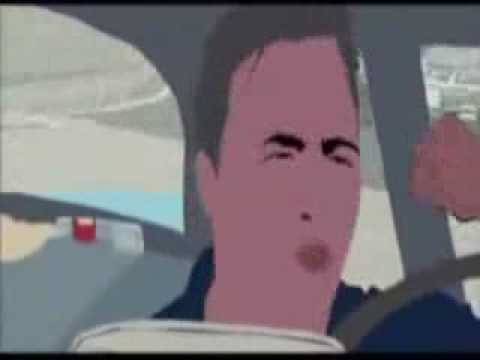 ETA: a fizzy drink goes to @gracchus !
i knew i wasn’t the only one to remember this. i really need to read on down the thread before jumping in…

I’ve heard of this, but haven’t found/taken the time to watch Waking Life.

There’s an anecdote near the end of Jon Ronson’s book Them: Adventures with Extremists where Ronson and Jones sneak into the secretive Bohemian Grove to have a look around at what the supposed rulers of the world were doing during their annual gathering.

Ronson’s take was “Oh, a bunch of privileged rich dudes are having fun and getting hammered at the world’s most exclusive summer camp. Why yes, don’t mind if I do have another martini, thank you my good sir!” Meanwhile Jones, watching the same events, chose to interpret the campy rituals and hijinks as some sinister prelude to child sacrifice or something.

As Ronson now notes it’s been a number of years since Jones seemed like a harmless kook.

That podcast was mostly a mix of Knowledge Fight, This American Life and The Secret Rulers of the World. 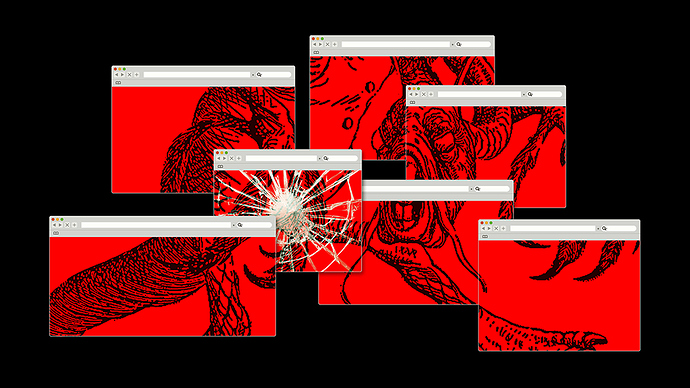 Beware the Jabberwock - This American Life

Stories from the upside-down world where conspiracy theorists dwell.

Alex in Wonderland - This American Life

Alex Jones spread the idea that Sandy Hook was a hoax, on his radio show and website for years after the shooting. He's probably the country's most famous conspiracy theorist.

The Secret Rulers of the World

The Secret Rulers of the World is a five-part documentary series, produced by World of Wonder Productions and written, directed by, and featuring Jon Ronson. The series was first shown on British Channel 4 in April and May 2001. The series details Ronson's encounters with conspiracy theorists. It accompanies Ronson's book Them: Adventures with Extremists, which covers similar topics and describes many of the same events. Original air date: 29 April 2001 Jon Ronson meets with Randy Weaver and ... 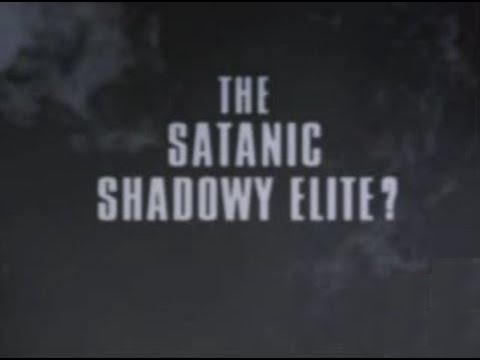 If you a really good laugh watch that and then the Alex Jones version of the same thing called Dark Secrets: Inside Bohemian Grove. 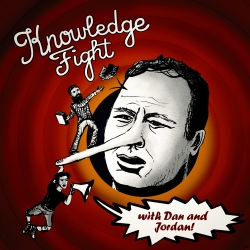 Today, Dan and Jordan attempt to cover a recent episode of The Alex Jones Show, but decide to bail and have a chat with Jon Ronson instead. (Apologies about some slight sound issues)