That’s okay, they can just lie and say the judge ruled in their favor.

Excellent. The sooner Jones and Infowars vanish from the face of internet, the better.

Boy would I love to see these guys go down… hard!

He’s going to have to sell a lot of iodine as fitness supplements to pay for this.

Oh how will I sleep tonight knowing Alex Jones has taken one more step towards irrelevancy?

I wish he’d do himself a favor and just fade away. I’d love to live in a world where no one knew who this asshole even was.

Looking back, it’s crazy that Linklater included this buffoon in Waking Life… Apparently he thought Jones was a colorful kook at the time… Wonder if he would have done the same knowing how things have turned out.

Alright, who gave Rob the day off? Can I get some mouth eye swappage on aisle 17 stat! 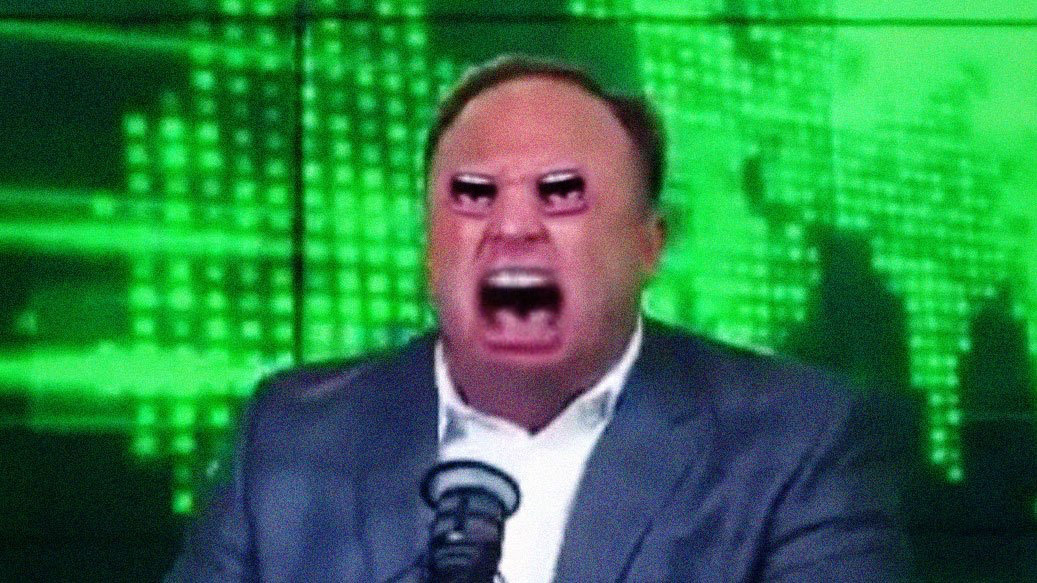 Looking back, it’s crazy that Linklater included this buffoon in Waking Life… Apparently he thought Jones was a colorful kook at the time…

Jon Ronson (who snuck into Bohemian Grove with Jones while researching his book Them) has noted that it was a lot easier to dismiss Jones as a harmless kook back in the pre-9/11 days. Hard to predict he’d one day figure prominently into a fascist uprising.

I try to be compassionate to everybody, no matter how nasty a piece of work they may be.

Alex Jones is a wad of chicken shit stuck to the bottom of my coop boots.

Jones only looked like a harmless look if you closed your eyes (and ears). Here in Austin he’s been screwing over everyone within an arm’s reach since the day he had any kind of platform. Hurting others for his own pleasure or profit is his elemental modus operandi.

Came here to make this comment, and am leaving well-satisfied.

Reading through those documents, it’s kind of bizarre. They outright refused to respond to discovery and then tried to appeal before the original case had been decided by the district court. I don’t think that that this is going to end well for them. The dismissal was from the appellate court saying that they don’t have jurisdiction because the lower court hasn’t yet decided it.

If the strategy is to try to bleed the plaintiffs dry, it definitely didn’t work given that the appellate court awarded fees for that.