Don’t know them, but am going to check them out later now…

Of course they do! They feel it was the best idea they ever had.

Hey, as a fellow Canadian, I understand his appreciation for country music:

What about ABBA Gabba?

My kids love their “Party in my Tummy” song best.

I suspect he’s not a fan of the greatest country artist ever, Johnny Cash. The Man in Black: http://en.wikipedia.org/wiki/Johnny_Cash#.22The_Man_in_Black.22

With each and every new revelation about how crazy this guy is my fear that he could actually be elected as President has grown. I have members of my family that call all Hispanics Mexicans, call black people negroes (or worse), and still want to talk to me about how “Obama should be impeached because he is a foreign born Muslim”. I could see them loving this guy and it scares me shitless.

Hopefully my extended family is not indicative of the population at large.

u2 and nirvana are not classic rock in any way. They were a desperate way for large corporations to continue to control listening tastes after punk and new wave virtually destroyed rock music.

Thankfully some material from the late sixties and seventies maintains relevance in the face of a wash of blended pop/country/rap that permeates the media these days.

I heard Achilles last stand the other day in home depot and I stood transfixed for several minutes while the music played. I thought at first I was dreaming, but then laughed out loud while my wife looked at me puzzled and I realized that they really were playing the song in a retail environment while people were making consumer choices.

Ted Cruz was born in Canada, can someone explain how he is a “possible US President?”

“This big dog will fight
When you rattle his cage
And you’ll be sorry that you messed with the U.S. of A.
'Cause we’ll put in a boot in your ass
It’s the American way.”

Behold the power of delusion

Here, have a statistical analysis of the music classic rock stations play.

Why Classic Rock Isn’t What It Used To Be

Led Zeppelin is classic rock. So are Mötley Crüe and Ozzy Osbourne. But what about U2 or Nirvana? As a child of the 1990s, I never doubted that any of these ban…

TL;DR: It’s basically market researched to death and the stations just play whatever the people want to hear.

This is just straight up pandering. Politicians will say the darnedest things to get elected. Remember Obama?

I always thought Ted Cruz would be more of a Nickelback kind of man. Or Justin Bieber. Some kind of undesirable annoying Canadian import, anyway.

I bet he drinks Labatt’s, too.

His mother was an American citizen (as was, I’ll note, Obama’s)

That was one of the craziest things about the Birther conspiracy theory. Even if Obama HAD been born in Kenya he still would have been eligible for the Presidency. And if simply being born outside of the U.S. was enough to disqualify a candidate then John McCain would NOT have been eligible.

Neither would have Mitt Romney’s dad.

Also 8 of the first 9 presidents. 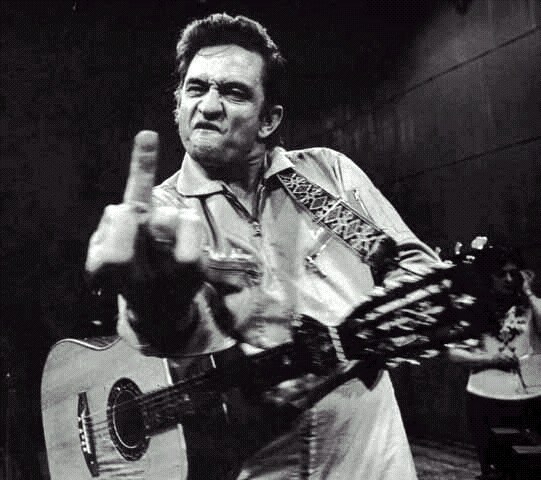 Heh. I remember xmas shopping in a department store that had a pianist playing jazz standards. I think he and I were the only ones who realized he was playing “Love For Sale”.

u2 and nirvana are not classic rock in any way. They were a desperate way for large corporations to continue to control listening tastes after punk and new wave virtually destroyed rock music.

This never happened. I am not a huge rock fan, but there does seem to be more of it than ever. It has only ever been “dead” on top-40 pop radio, which doesn’t mean much. Consider the widespread popularity of metal in the 90s-00s, and how despite this they seemed to have no radio play.