My, but aren’t you obtuse today?

EU politics thrives on compromise. In Westminster, home of UK politics, compromise is considered the ultimate sin. So much so, that the Liberals were annihilated in the last election for having consummated their love of compromise.

As a consequence of this innate aversion to negotiated agreement (as opposed to clandestine lobbying), UK Prime Ministers have no other option than to indulge in some regular anti-European posturing to show that they haven’t flirted with such dark arts as could lead to a (yes you guessed) compromise.

D Cameron went overboard with the posturing and had to perfect it as an intricate art while eating humble pie. The result is a Tory Party mess, degrees greater than the already much covered Labour Party mess (refusal to accept a democratically elected leader), and some opportunity for Mr Cameron to do his posturing in front of the assembled European Leaders.

The rest is up to the UK electorate (guided by the awful UK press). The best thing that could come out of it all is electoral reform through the back door–as the devolved Scotland, Wales & Northern Ireland are staunchly opposed to Brexit, and what ever happens, England will have to democratically and openly compromise with the devolved Nations.

Questions about investing money aren’t enough basis — and are too often at odds — for regular working and community life.

There are a lot of people who don’t like the EU for a number of reasons. For some people, there are concerns about immigration, particularly as much poorer Eastern European countries joined. For some people, there are concerns about the amount of money that the UK has to pay to the EU. The UK pays £10b per year (or c.£160 per person) net to the EU. Some argue that the sum should be bigger - because some of the money that the EU pays back isn’t spent on the same things that the UK government would like it spent on. Others argue that the EU provides the UK with economic advantages that greatly outweigh this cost - and that even if the UK left, it would have to pay to access European markets.

For some people (me inc) there’s a lot of concern about the European approach to democracy. The EU has a strange electoral system, for example, where different parts of the EU are represented by very differing numbers of MEPs. For example Luxembourg has 6 MEPs for a population of 460,000 people - or one MEP per 76,667 inhabitants. Britain gets 72 MEPs for a population of 60,000,000 - or one MEP per 839,194 people. All MEPs have the same number of votes - so someone from Luxembourg effectively gets more than 10 times the say in the European Parliament to someone from the UK. That said, comparatively few powers lie with the parliament, compared to national governments and the appointed European Commission. The European Constitution issue is a good example - the French and the Dutch both rejected it in referendums - but instead of changing tack the EU just changed the name and adopted it anyway. This is one of the reasons that the left used to oppose the EU over - for example the late Tony Benn. He opposed British EU membership from a socialist perspective “In practice, Britain will be governed by a European coalition government that we cannot change, dedicated to a capitalist or market economy theology. This policy is to be sold to us by projecting an unjustified optimism about the Community, and an unjustified pessimism about the United Kingdom, designed to frighten us in.”

IMHO, there’s no easy answer to the referendum. Voting to stay in will be seen as a green light for closer European integration on a system which is fundamentally not democratic. On the other hand, leaving will generate a period of great uncertainty that will certainly be damaging to the UK economy in the short term at least.

My 2p is that the right here have been using the EU as one of it’s favourite scapegoats to blame the fallout from our neoliberal disaster economics on for decades now.
Also the EU does act as somewhat of a brake on the worst of their ‘demonize/punish the poor and/or vulnerable’ policies, hence the hysteria over the human rights act for example.

Now the chickens are finally coming home to roost.

Ignoring the horrific potential fallout from this, it is quite amusing watching the Tories try to balance business interests that mostly wish to stay in the EU with the voters that they’ve been conditioning via the media to hate the EU for a very long time…

Europe and media are excited about Brexit but market is totally calm https://news.markets/shares/jpm-cazenove-moves-uk-stocks-overweight-11378/. They seem to know much more than an average person. There is a lot of buzz but the winners are going to be Cameron and smart investors who use current situation to speculate on the uk markets. I don’t believe that anybody cares about british society.

Mainland Europe is still going to be 23 miles away from the UK and have 500 million people living there whatever happens. Some body needs to decide how much meat needs to go in a meat pie, what level of emissions need to come out of a car etc etc, in order to have fair competition, and those type of decisions will continue to be decided by the EU whether the UK is in or out.

If the UK is in, it has a chance to influence those trading rules. If it’s out, it has no voice. No-one will be fighting Jaguar’s corner against BMW’s lobbying; the rules are unlikely to favour British companies.

We need to stay in the EU.

the Liberals were annihilated in the last election for having consummated their love of compromise.

They were annihilated because Nick Clegg said that he would never have promised to vote against increases in student fees if he though he would have to deliver on it.

After that, could you really trust a word his party said?

There was a border between the Republic of Ireland and Northern Ireland before, and the concern is that it will need to return. If the UK wants to control access to the UK from the EU (as it’s easy for any EU citizen to go to Ireland), it would need to re-establish the border. It may not be manned by soldiers, but it would make the lives of the people living on the border a right pain.

Post Brexit, a lot of the negotiations would be between the EU are the UK. Ireland, I think, would not be able to make its own deal on trade.

[quote=“tw1515tw, post:29, topic:74074”]
It may not be manned by soldiers, but it would make the lives of the people living on the border a right pain.
[/quote]The Swiss, not in the EU, get along fine without a visibly guarded border in the middle of Europe (they share borders with France, Germany, Austria, Italy and Lichtenstein, why would the Irish suddenly need to change anything? Surely, just scaremongering.

There is less control on the Swiss border than there is on the French Italian border. I have been never asked for a passport when crossing from Germany to Switzerland on the train (something I do several times a year). Admittedly, I don’t look like a Middleeastern Refugee, but I have also never seen anyone else being checked.

I think there is more to it.

Nick Clegg is surely not the first English politician who pledged one thing and voted differently.

50 promises the Conservatives have broken since they came to power

From balancing the books, to reducing immigration and from improving living standards to protecting the poor here are the broken promises that litter their 5 year term

I am convinced that the electorate begrudged Clegg his readiness to compromise far more than anything else. Clegg behaved like a standard European politician, not a good look in England.

The Irish ambassador to London thinks it could happen http://www.bbc.co.uk/news/uk-northern-ireland-35539462 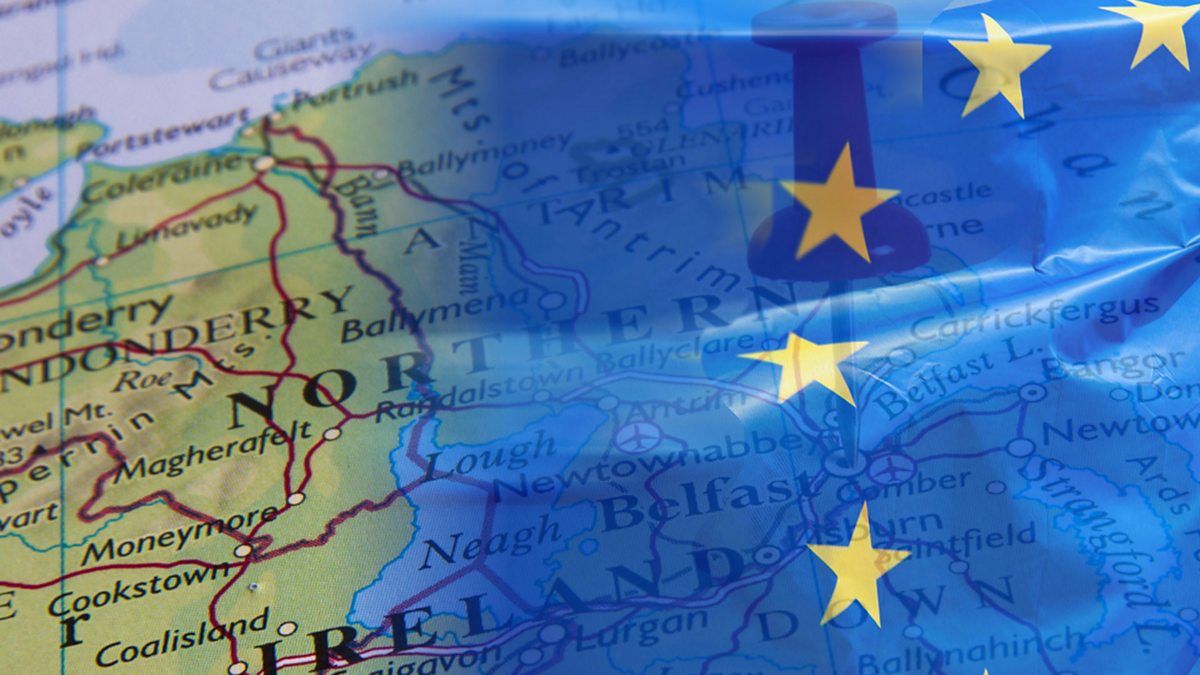 Edward Stourton asks what happens on the island of Ireland if the UK leaves the EU.


Here’s his article on it 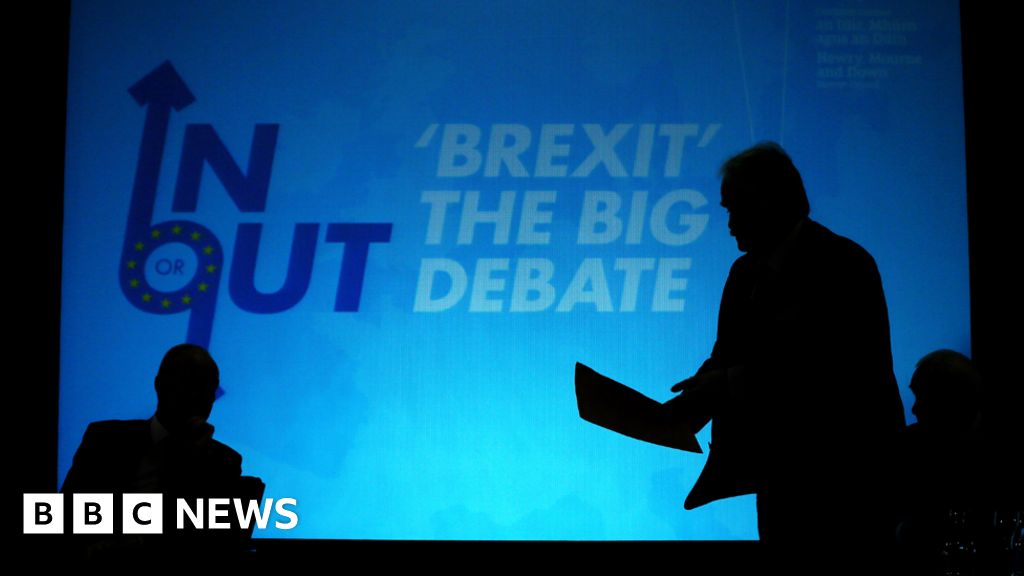 Brexit worries at the Irish border

If the UK leaves the EU, what happens on both sides of the border of the island of Ireland asks Edward Stourton.

You would automatically lose your rights as an EU citizen if the UK left and you don’t have dual citizenship with another EU member state.

I’d love to get some insight into this by people in Europe or Britain. It sounds like doom and gloom, but would like some context from the average joe.

One thing to keep in mind is that the UK simply severing ties with the EU is not a realistic option anyway. They would try to negotiate a settlement cherry-picking the aspects they like. Actually they will do that no matter what the results of the referendum are because that is how this shitty blackmail attempt goes: “Give us a better deal inside the EU or we’ll fuck off and demand a better deal anyway!”

As much as I would like to see a UK that means it in the EU, I think at some point it is simply better to let them go. It does not feel like the Norma Desmond of world powers even wants to fit in.

I would put this down to tactics on the brink of the referendum. understandably, the Irish ambassador has a vested interest in the UK remaining in the EU.

Everything from now on is tactics, on both sides. Reality buried somewhere very deep in there.

According to Wikipedia, Switzerland is part of the Schengen area https://en.wikipedia.org/wiki/Schengen_Area

The UK, even though it’s in the EU at present, hasn’t signed up to Schengen.

So, Brexit in Summary.

My Mother taught me, when you someone in that state, best walk a mile.

From the Universal Declaration of Human Rights.

This is my reason for thinking that there may be a case that I am being deprived of my European citizenship. If the UK leaves the EU then I will start looking at discussing it with human rights lawyers.

Thanks for doing the research.

As I read it Switzerland along with Norway etc, have signed an agreements on association with the Schengen Countries (i.e. are not part of it), which is of course an option free to the UK in regard to Northern Ireland.

Presumably, they have signed these agreements because they consider it to be in their interest. I would venture to guess that it would be in the British government’s interest not to flare up the Irish question for the sake of a few poky boarder guards on an Island, but at tis point it’s anyones guess.

“All four European Free Trade Association (EFTA) member states – Iceland, Liechtenstein, Norway and Switzerland – have signed agreements on association with the Schengen Agreement, even though they are outside the EU.”