Join the Ted Cruz mission to send America up in oily flames!

Wasn’t he born in Canada?

Yeah, but that pesky requirement didn’t stop President Schwarzzenneggerrr, either.

He was Canadian too? I thought he was built in Texas by SkyNet.

I, for one, welcome the coming era of terrible logo design choices as every candidate decides they need to emulate the brand strategy of the Obama campaign as much as possible without putting any actual thought or skill into the attempt.

In addition to the questionable imagery, if you scroll down to the bottom of his page you can also see that his graphics guys don’t understand how transparency works as the US flag colors of the logo are represented as red, grey, and blue.

If it were only that simple. Let’s see Ted’s birth certificate and proof that he renounced Canadian citizenship, and then spend 8 years asking to see it again. 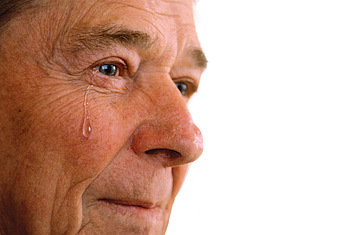 Yes, Ted Cruz was born in Canada. His mother was a US citizen. They returned to the US in 1974 when he was four years old.

Rafael Edward "Ted" Cruz (/kruːz/; born December 22, 1970) is an American politician and attorney serving as the junior United States Senator from Texas since 2013. He was a candidate for the Republican nomination for President of the United States in the 2016 election. Cruz was raised in Houston, Texas. After high school, he attended and graduated from Princeton University and Harvard Law School. From 1999 to 2003, he served in various political appointee positions: the Director of the Office of...

Since Cruz was born in Canada, commentators for the Austin American-Statesman and the Los Angeles Times, have speculated about Cruz’s legal status as a natural-born citizen. Because he was a U.S. citizen at birth (his mother was a U.S. citizen who lived in the U.S. for more than 10 years as required by the Nationality Act of 1940), most commentators believe Cruz is eligible to serve as President of the United States.

I hope we can refrain from having a Democratic version the the “birthers” conspiracy.

So he’s a Canadian anchor baby?

Can’t we just agree that wherever he’s from, he’s an arsehole, and move on?

He might be eligible to be President, but he isn’t suitable.

Old article, but it popped up in my Twitter feeds yesterday. 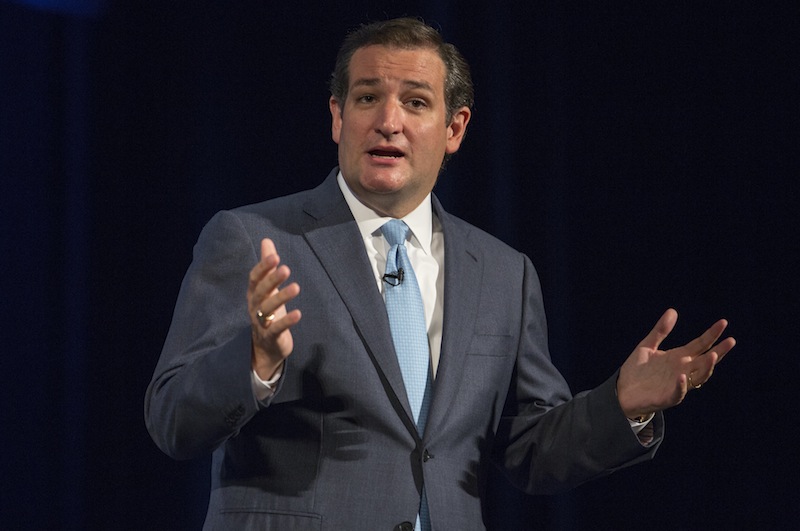 You may have noticed I don’t particularly like Ted Cruz. That’s not because of his politics, which probably obviously I...

And this is why I’ve been saying since Ted Cruz replaced Michele Bachmann as the King of the Tea Partiers that the reaction to Cruz in the senate is simply the reaction Ted’s gotten at least at every stage of his life since he arrived at college in 1988. An incredibly bright guy who’s an arrogant jerk who basically everybody ends up hating.

I assume that even the socks Ted Cruz is wearing have been run past a focus group. I wonder what they thought this logo looked like.

Can’t we just agree that wherever he’s from, he’s an arsehole, and move on?

He might be eligible to be President, but he isn’t suitable.

I’m completely with you there. He scares the bejabbers out of me because he’s just the right mix of bat-shit crazy and smart to be able to make a go of it.

But where is the conspiracy? He’s open about his birth place (Canada) the ‘birthers’ were lying about Obamas. No conspiracy…

It’s kinda appropriate that it looks like a big, juicy, delicious drop of precious petroleum.

Ted running for prez is a great thing for Canadians. It got him to finally renounce his Canadian citizenship in 2013, so Canadians are free of the possibility of him showing up and demanding his birthright.

There’s enough home-grown nuts in Canada without needing to import more of them from the USA.