Originally published at: Principal charged in assault on 11-year-old with autism | Boing Boing 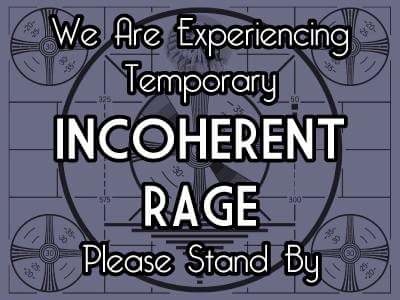 It’s California, not Florida. Can we get a correction?

I don’t think I have the mental/emotional capacity to watch the video but based on my own experience I’m going to guess the kid is in fight/flight mode and (just like my kid) his brain chose “fight”. School tended to roll their eyes at me when I told them my kid was not having outburts, he was having panic attacks. There’s a “fight” right in the fight or flight. I’m autistic too and in my lifetime I would love to see some of our community get an education without getting traumatized.

Well, the kid didn’t fight at all. At worst he was shouting or having an outburst (silent video, can’t tell) but the principal launches the kid across the room. Probably best not to watch.

Is the autism relevant? You don’t need to know anything about the kid in this video to see the adult’s actions are way out of line.

There might be a more nuanced conversation about dealing with children whose behavior is physically threatening, but this guy doesn’t get to play that card.

California is the Florida of California.

Yeah, it probably is relevant. There’s just a level of frustration kids on the spectrum can handle, and then they can’t handle it anymore, and they go into a meltdown. That level is lower than for kids not on the spectrum. By far the best way to deal with this is to recognize when they’re about to go off the rails and head it off. Get them into a quiet place, get whatever’s triggering them out of the picture. Better still, get them to start to recognize when it’s beginning to be too much for them, and get them to reach out for help or take other actions (that takes time, and maturity to achieve). Once they’re in that bad state, though, it is much harder to deal with. Escalating and putting more stress on the kid sure doesn’t help. (Yes, I have first-hand experience with this). Of course, shoving a kid is never acceptable.

Is the autism relevant?

To me it seems quite relevant

Brian Vollhardt, the shover, resigned from Fresno school district when they put him on administrative leave. Afterwards, he’d hired on as vice principal at Tranquillity High School in the nearby Golden Plains Unified School District, but as of yesterday he’s been put on leave again. Golden Plains USD evidently didn’t do much of a background check before hiring him.

The kid is not violent at all. He must have reminded the guy that Devin Nunes cow has first amendment rights too.

Tranquility?
You are shitting me.

(excerpt from CNN report; my bold) Vollhardt was later hired as a vice principal in the Golden Plains Unified School District. Martin Marcias, the school district’s superintendent, told CNN they were made aware of the June 7 incident on Wednesday and have since placed Vollhardt on administrative leave.

I question the referral – if any – provided by Wolters Elementary School. If none was provided, how could he have been hired by Tranquillity High School?

“Tranquility Base, the asshole has landed!”

Jesus Christ. What an absolute asshole.

It would have still been completely horrific if he did it to a neurotypical kid. It is worse to attack someone with a disability.

I question the referral – if any – provided by Wolters Elementary School. If none was provided, how could he have been hired by Tranquillity High School?

I’m going to guess it was one of the usual ways one gets swiftly hired: he knew someone who thought he was ok, and who either had not yet heard of the incident or did not yet know it went very public.

I was expecting something like what you describe, but it’s much worse than that. It looks like the kid is just talking shit, and also pointing in the principal’s face, but he’s not being violent at all, just probably disrespectful. Then the principal, out of nowhere, shoves him with incredible force. It’s shocking.

A kid with autism will often perseverate, repeating the same phrase or action, sometimes something appropriate, sometimes nonsensical to others, either because it is a form of self-soothing, because it helps them process, or because they feel uncontrollably compelled to. Or other reasons we don’t know. A kid with autism may not understand instructions, or it may take them longer to process instructions. That’s what it looks like to me.

I completely understand why you might say he was just a kid talking shit, as it resembles that and a kid talking shit in absolutely in no way deserves the actions the Vice Principal took. Notions of disrespect and talking shit are social constructs that us typicals pick up very quickly, but not every kid/person with autism can or does.

I wasn’t trying to suggest the kid deserved what happened to him. Nothing deserves that kind of violence. I was just describing what it looks like the me: the kid is being a little unruly, average kid misbehavior, getting out of line. Or maybe he’s saying something unforgivable; it doesn’t matter. That (ex) principal should never work with/be around kids again.