An eloquent summary of fascism in practice.

The only truly good Nazi is a reformed Nazi.

A reformed Nazi (more accurately an ex-Nazi) is not a Nazi by definition.

Reformed Nazi also sounds too close to Reformist Nazi, which is pretty much what the Republican Party are now.

maybe not the thread for this but i recently heard about a study that used racist search terms as a proxy for racist attitudes. it’s almost twenty years out of date, but still interesting. there’s quite a lot of yankee in those red sploshes 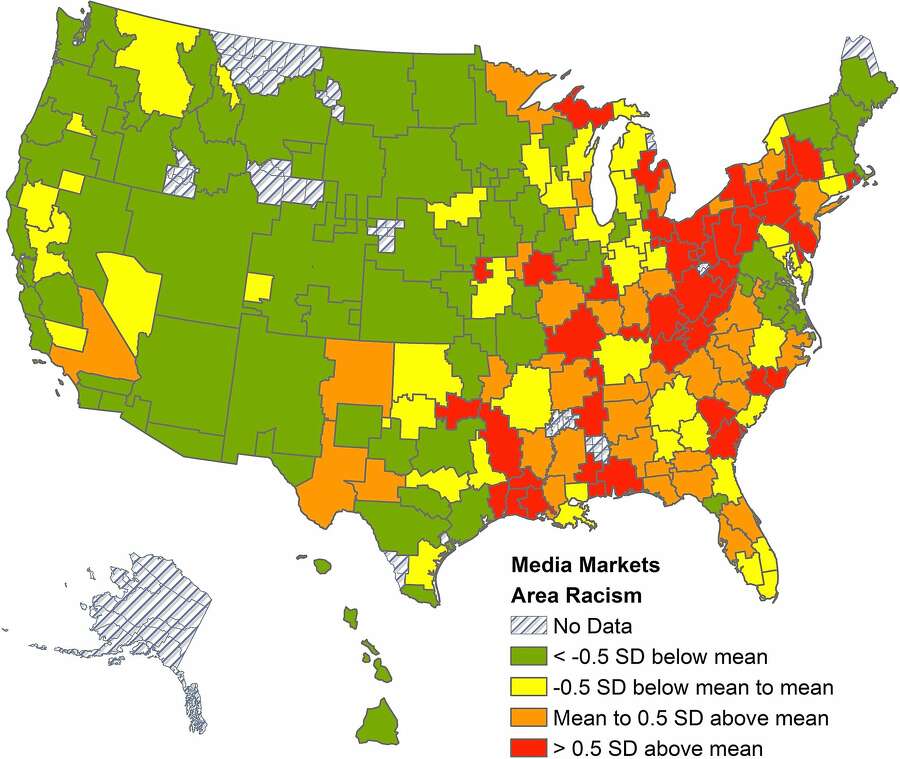 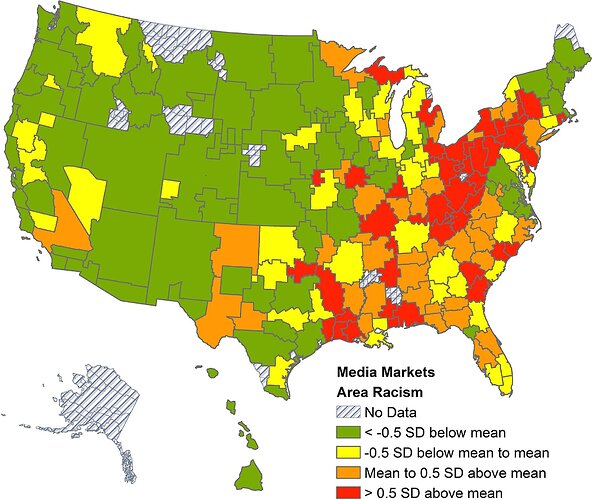 Study shows where the most racist Google searches occur

As this week's events in Baltimore, and all of your family's ensuing Facebook posts, have...

It’d be a shame if someone “disrupted” Proud Boys events. 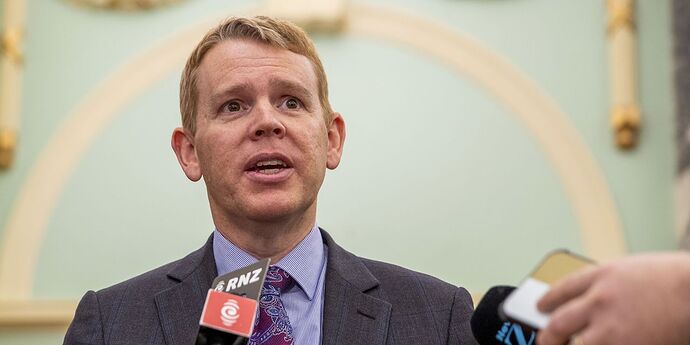 The two groups join 18 others including the Islamic State group that have been given an official terrorist designation, making it illegal in New Zealand to...

If other countries treated our terrorist organizations the way we treated theirs, they’d be getting disrupted with Hellfire missiles.

If we are looking for nicknames, we could always go with what I think might be the world’s longest running terrorist organization…the Confederacy and its successor the Klu Klux Klan. 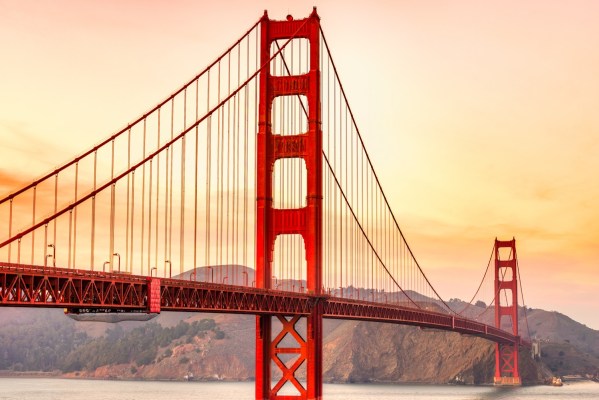 They’re making a habit of it because they know they’ll be treated with kid gloves. These are child predators- not in the sexual sense, but they are stalking and harassing CHILDREN. Lock. Them. Up.

There is no law against ignorance. Oh, wait. Everyone is required to attend school or be acceptably home schooled. I guess that isn’t working out too well in the red states.

I liked her better as Sarah Connor.

Also, Pete Buddigieg was the mayor there from 2012 to 2020, so it has a good chunk of decent sorts, that these idiots wanted to annoy.

To be fair, though that’s just for searches, so I think that’s less valuable than looking at racist activity in the real world.

Racism is just a nation-wide problem, because the country was built on racism.

There is no law against ignorance.

It’s not ignorance, it’s an active choice they are making. The more we assume that such things are out of ignorance (or worse, mental illness) the more we’re letting them get away with this behavior.

It’s evolving into a christian version of the morality police in Islamic countries enforcing sharia law. The closest example I can think of in the “west” would be the KKK? Still from a “within my lifetime” historical aspect, the proudboys/oath keepers etc feel like they’re molded after the Islamic morality police.

The KKK is explicitly Christian. One of the primary arguments for slavery was a Christian argument.

the proudboys/oath keepers etc feel like they’re molded after the Islamic morality police.

Um… thanks for attempting to invalidate my perceptions. Cool stuff. I’m sorry you are free to disagree but if I say this is how something feels to me. No cute “gif” of yours changes that reality.

It’s evolving into a christian version of the morality police in Islamic countries enforcing sharia law.

Islamic religious police are official Islamic vice squad police agencies which enforce religious observance and public morality on behalf of national or regional authorities based on its interpretation of sharia. Modern Islamic religious police forces were first established in the mid-1970s; prior, the administration of public morality in most Islamic countries was considered a socioreligious matter, and was enforced through application of civil laws or through more informal means. The powers an...

Ku Klux Klan, either of two distinct U.S. hate organizations that employed terror in pursuit of their white supremacist agenda. One group was founded immediately after the Civil War and lasted until the 1870s. The other began in 1915 and has...

One could argue that Islamic countries learned from the long history of OUR terrorists.

It’s not something that can be a feeling. It either IS or ISN’T a fact and in this case, it is not a fact. The reality is that it goes very much the other way. For example, groups like Islamic State took strategies of white supremacist groups had employed since the late 80s (lone wolf attacks, for example). You might FEEL that it comes from Islamic radicals, but that’s because we’ve all been living with Islamophobia shoved down our throats since 9/11. It is not, however, the fact of the matter.