TLDR: MTG is dumb as a box of nails, but less useful.

[Feel free to paste that into any story about MTG.]

I am genuinely surprised that MTG knows who Rachel Maddow is.

Rachel Maddow is on the list of boogeymen and boogeywomen that all MAGholes are given in their indoctrination packet. She probably doesn’t know anything about her beyond “publicly liberal media personality.”

Do I believe than Greene knows nothing about the intellectual roots of her fascism? Sure, as a general rule, anything that starts with “Greene is ignorant about…” is probably a true statement. It doesn’t change the fact that she’s a fascist.

To quote: “The lights are on but nobody’s home.” 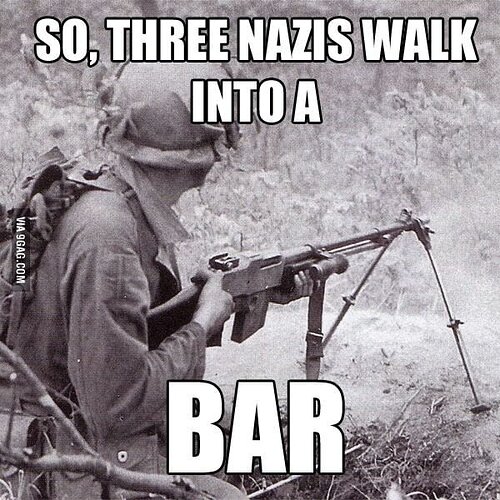 She is useful to those trying to push through the present brand of dystopian American conservatism though.

A few years back, people bounced around the idea of an “American Taliban”. I’ve never heard any political strategy or goal that sounds more like the Taliban than this. “You can stay here, but you must live under our religious law.”

Talk about saying the quiet part out loud…

It doesn’t change the fact that she’s a fascist. 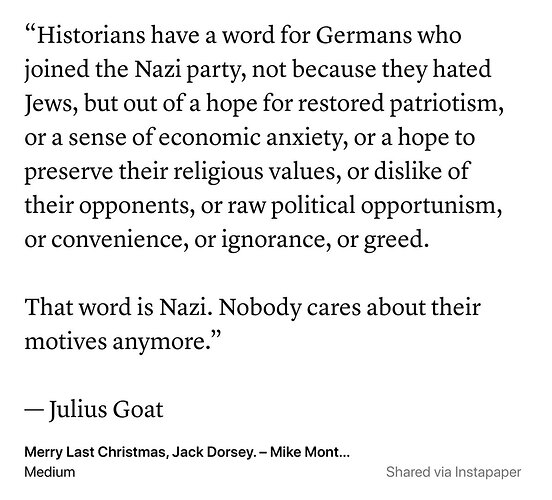 No, it’s just that I can’t picture her reading, understanding and retaining the contents of such a list.

Once again, they did not get the idea from the Taliban. It’s been part of the white supremacy Christian playbook since the mid-19th at least. The KKK was explicitly Christian.

Correct, but most people might grasp the concept better when you lay it out next to more recent examples.

I’m tired of throwing out semi-racist tropes to get people to grasp facts, though.

I would go so far as to guess that MTG actually was oblivious to any historical references to Christian Nationalism and believes she is the first person to ever conceive this idea.

It’s not race - it’s religion, which was the point of the conversation.

Except that Muslims have become highly racialized especially since 9/11.

No, it’s just that I can’t picture her reading, understanding and retaining the contents of such a list.

I think the concept of simply reading is anathema to these people. Reading history, reading romance, reading non-fiction, reading their own bibles…